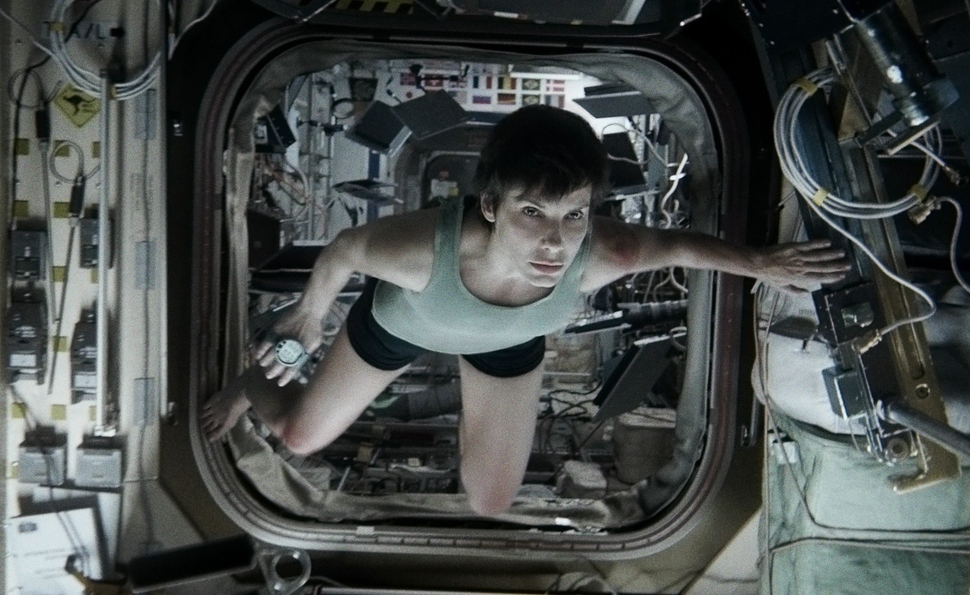 In the days leading up to the 82nd Academy Awards—held in 2010 on the first Sunday in March, exactly one week after the Winter Olympics wrapped—Academy Award pundits were split in their predictions for Best Picture. Using that year’s Producers and Directors Guild Award wins as a guide, many movie experts, including Roger Ebert, Dave Karger, and New York Times Oscar tracker Melena Ryzik, rightly called the race for The Hurt Locker. But many other prognosticating sources—Time’s Richard Corliss, Hitfix, The Wrap’s Steve Pond, and Michael Phillips of the Chicago Tribune, among others—expected the big prize to go to Avatar. James Cameron’s colossus had a lot of elements working in its favor: It made an enormous amount of money, its science-fiction aesthetic was not-so-subtly draped in an eco-conscious, anti-imperialist message many voters could support, and most importantly, it was a technological game-changer that promised to make 3-D even more of a mainstream standard at the movies.

We all know how that story turned out. March 7, 2010 was not a Na’vi night at the Oscars; The Hurt Locker won Best Picture, Kathryn Bigelow became the first woman to be named Best Director, and Avatar walked away from the ceremony with three trophies, for art direction, cinematography, and visual effects. All three awards celebrated the eye-popping, immersive look of Cameron’s epic, but not much else. It was easy (and admittedly a bit reductive) to interpret Avatar’s trio of wins out of its nine nominations as proof that a 3-D blockbuster could be lauded for its visual power, but not as an Oscar-caliber motion picture in broader terms.

Now here we are, four years later, in the days leading up to another Academy Awards ceremony that will be held on the first Sunday in March, exactly one week after the Winter Olympics ends. In the intervening time, 3-D films have, as predicted, become more ubiquitous at the multiplex, initially exploding in popularity in the two years following Avatar’s release, and more recently dipping a bit in terms of box-office appeal and omnipresence. But as a medium for gold-statuette-worthy storytelling, 3-D continues to grow, as evidenced by 2012’s 11 nominations for Hugo, last year’s 11 nominations for Life Of Pi, and this year’s 10 nominations for Gravity. And as Pi did for Ang Lee, Gravity’s mix of technical inventiveness and artistic integrity will likely lead to a Best Director Oscar for Alfonso Cuarón, making him the second filmmaker in a row to win an Academy Award for helming a 3-D movie, and the first to win for a movie that was technically up-converted to 3-D. Perhaps, then, Avatar’s most lasting legacy isn’t that it turned 3-D into a Hollywood phenomenon, but that it paved the way for more films to weave 3-D organically into their stories, in a way that captures Oscar attention. 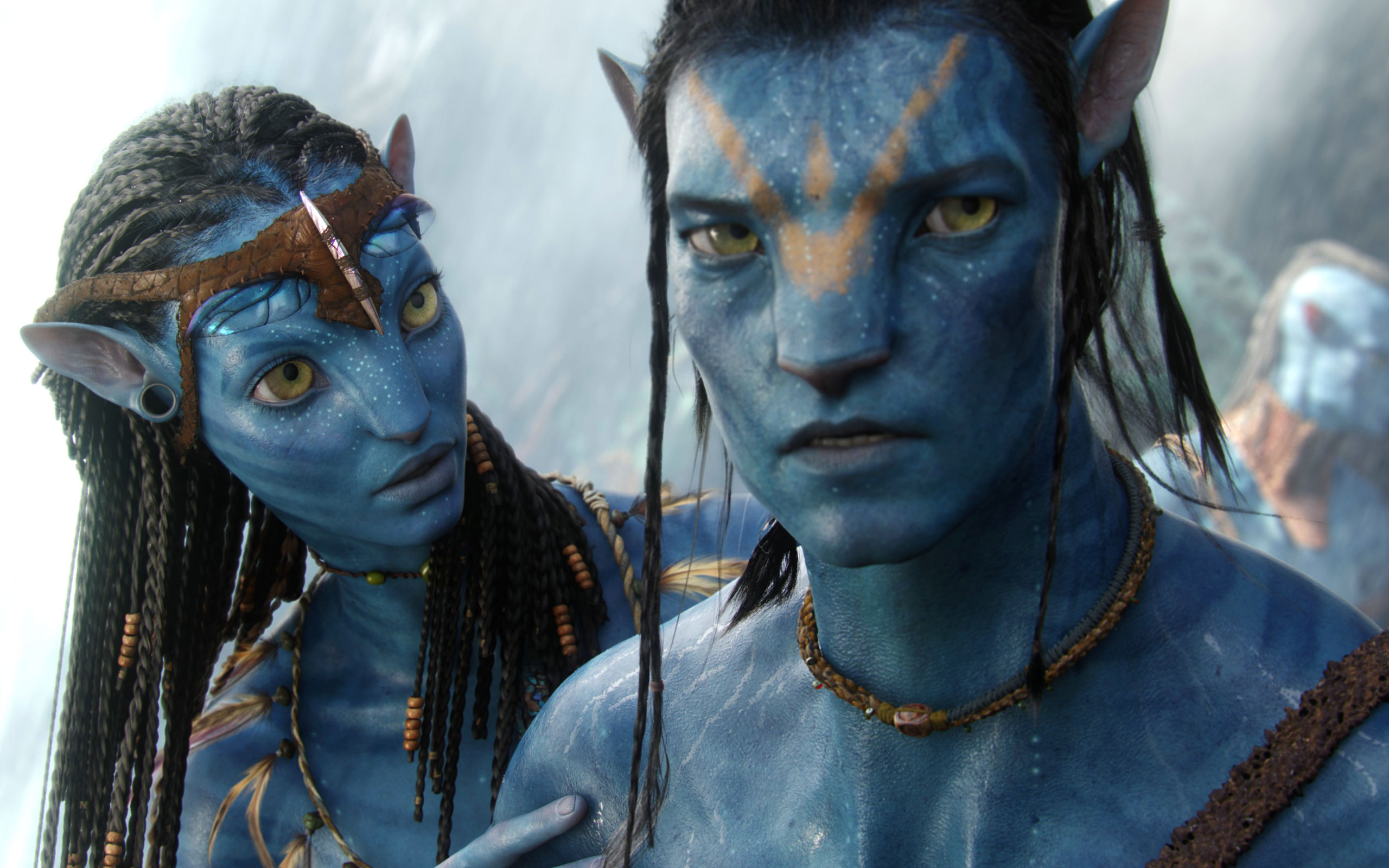 Consider the way visual effects and cinematography have played out at the Academy Awards in recent years. Prior to Avatar’s win in both areas, the Oscars in these two categories went, with rare exceptions, to two completely different movies. That made sense in a lot of ways. The Oscar for visual effects honors the use of technology to make unreal worlds seem real. The one for cinematography honors the use of more traditional filmmaking skills—lighting, camera placement, camera movement—to make those unreal worlds not just real, but works of cinematic art. Those are two different achievements that can, but don’t necessarily, reach the same level of greatness in the same film.

But ever since Avatar claimed both Academy Awards, there’s been consistent overlap between these two categories. Two of the three films that conquered on those dual fronts—Hugo and Life Of Pi—were 3-D pictures. In all likelihood, Gravity will continue that trend.

Some observers perceive this as evidence that Academy voters can no longer distinguish between the skills used by visual-effects artists and cinematographers. “The Academy seems to be a little lost in determining what is a pretty picture and what is a pretty pixel,” says a recent Crave Online piece. That essay also argues that perhaps cinematography should now be divided into two categories, one that honors effects-driven filmmaking, and another that focuses on more traditional approaches.

While it’s dispiriting to imagine some Oscar voters lazily checking off their visual-effects and cinematography boxes for the same film, solely because they were impressed by, say, the way a Bengal tiger roared right into their faces, perhaps this dovetailing speaks to something healthy and positive. For a long time, visual effects have been perceived as a science, movie trickery created by computer whizzes who majored in engineering, then got jobs figuring out how to build Middle Earth using CGI. But there is definitely an art, a careful and creative precision, to what they do. And while cinematographers are often described as “artistes,” there’s a science to their work as well. How else to describe the effort Gravity cinematographer Emmanuel Lubezki and others put into devising the light box camera that made Sandra Bullock appear to be spinning through the celestial void? Is that not a marvel of science as much as art?

The point is that films with amazing special effects, including the 3-D kind, shouldn’t be mutually exclusive from films of tremendous artistry. As a matter of fact, Hollywood should be making more movies that aim for both, and fewer that strive for the former at the expense of the latter.  That doesn’t mean every well-received 3-D movie deserves Oscars for both visual effects and cinematography, de facto, forever and ever, amen. But it does mean that as more masters of traditional technique get itchy to break new technological, multidimensional ground, there will probably be more instances of 3-D releases (and IMAX releases, and taste-o-vision releases, or whatever sensory-immersive format comes next) receiving awards-season attention in a variety of categories.

That applies not only to cinematography, but to directing as well. Barring some act of an Oscar-sabotaging god, it’s pretty clear that Alfonso Cuarón—who’s already won the Golden Globe, Directors Guild Award, and the BAFTA—will be walking up to the Oscar stage when the Best Director envelope is torn open on March 2. When that happens, even those who thought Gravity’s plot defied basic astronaut logic should find it difficult to deny that he’s a deserving winner. Cuarón made a movie that, on the surface, is about getting lost in space, but is really about what it feels like to face death, the way most humans fear they will: alone, with no one’s hand to hold. That feeling comes from the depth of Gravity’s 3-D world, which flings viewers across the universe, but also puts them right in that space capsule when Bullock prepares to take in her final gulps of oxygen. As our own Keith Phipps put it in his review, “Cuarón has made a welcome corrective to a season—years, really—of special-effects-driven films that treat individual lives like so many pixels.” Cuarón won’t win Best Director because his movie was in 3-D. But he inarguably took his film to a higher level, a level that makes it a near-lock for Best Director, by making brilliant use of 3-D.

The question is, can Gravity do what Avatar didn’t, by being the first 3-D movie to win best picture? It tied with 12 Years A Slave at the Producers Guild Awards, the most reliable predictor of what will win Oscar’s biggest of the bigs, which suggests it’s a strong possibility. As I said in my first Honorable Mentions column back in October, I think it will be challenging for Gravity to overcome 12 Years A Slave, a film that’s not only impeccably crafted and acted, but an exploration of American slavery, which was long overdue for mainstream-movie treatment.

Some voters may be swayed by the fact that Gravity was a mega-hit, the rare popular and acclaimed piece of cinema that even critics said should be viewed in 3-D, preferably in IMAX. If some members of the Academy feel the need to support Cuarón-style blockbusters at a moment when consumers often need additional convincing to buy 3-D tickets, it’s possible they’ll push for Gravity.

Even if Gravity isn’t deemed 2013’s Oscar-winning Best Picture, though, the respect it has earned suggests 3-D movies have passed the days of being relegated to the visually-stunning-only box that Avatar—which, for the record, is not nearly as across-the-board good as Gravity—got stuck in four years ago. There will be a 3-D Best Picture winner at some point in our lifetimes. If not now, if not this year, then certainly in the not-so-distant future. You don’t need a ridiculous-looking pair of recyclable, RealD glasses to see that.