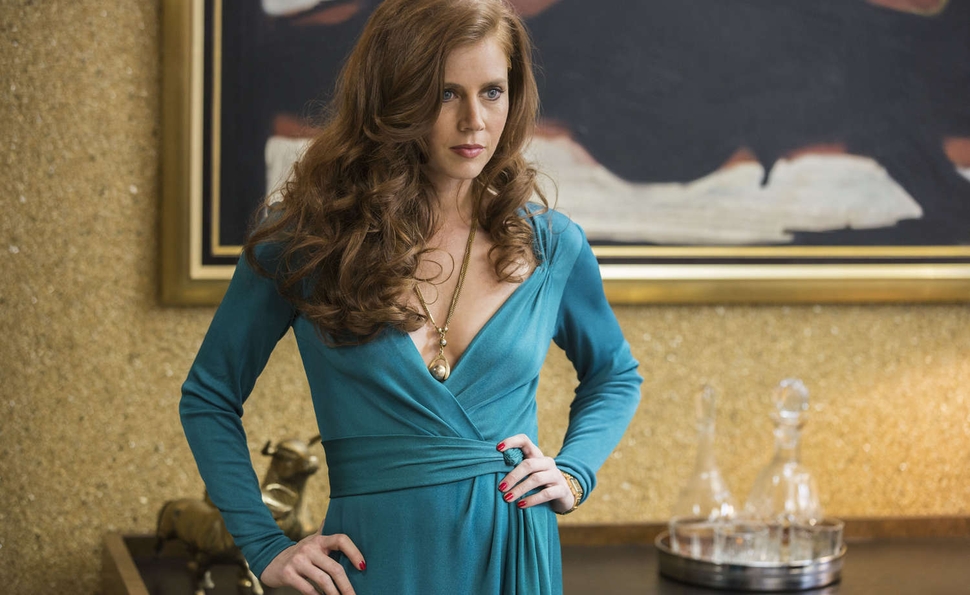 Why Amy Adams might pull off an Oscar upset

If we hold certain truths about the upcoming Academy Awards to be self-evident—truths such as “Jared Leto will win the Oscar for Best Supporting Actor,” or “Based on his recent Director’s Guild win, Alfonso Cuarón is a lock for Best Director”—then it seems fair to presume that Cate Blanchett will win her second Academy Award for her portrayal of an ex-one-percenter going through a mental breakdown in Blue Jasmine.

Blanchett has dominated the Best Actress boards so far this season, winning the Screen Actors Guild Award, a Golden Globe, a Critics’ Choice Award, an Australian Academy Of Cinema And Television Arts Award, and multiple top honors from critics’ groups. Every expert currently weighing in on Gold Derby has Blanchett walking away with an Oscar on March 2, and I agree that’s most likely what will happen. But I also think there’s the possibility of an upset in this category, one that, for the first time since 1994, consists solely of previous Oscar nominees. In fact, every woman who’s up for Best Actress this year has won an Oscar before, except one: Amy Adams.

If any contender has a shot at unBlanchetting this year’s race, Adams is it, for multiple reasons. But before getting into that, let’s address the other three worthy, but most likely not victorious performances in this category.

Sandra Bullock in Gravity: Bullock has to carry the bulk of this gaping-space-maw tale on her impressively toned shoulders, which she does with a willingness to get emotionally raw that audiences have rarely seen from her. That may win her some votes, as will the general admiration surrounding the movie. But the filmmaking and the effects are what most people think of when they think Gravity. That, and the fact that Bullock already has a semi-recently acquired Oscar, should bump her out of the top spot.

Judi Dench in Philomena: According to The Hollywood Reporter, Harvey Weinstein’s appetite for Oscar statuettes could lead to a surge in Philomena support in the Best Picture category. If that’s true, some of that support could overflow in the direction of Dench, who plays a woman of simple wants and needs with dignity and zero trace of condescension. Dench’s work doesn’t feel as buzzy as Blanchett’s or Adams’, though. Since this marks her seventh nomination, and she’s already won once, some may feel she’s been victorious enough already.

Meryl Streep in August: Osage County: And speaking of being nominated a bunch of times, hey, Meryl Streep. Welcome to your 18th Oscar nomination (insert .gif of cartoon character’s eyes bulging out), one that likely won’t lead to another win, because this performance is polarizing. Some have found her work in this film too Streepy for words, while others admire the authenticity that keeps this often-maniacal performance grounded in reality, albeit a wildly dysfunctional reality. But mixed opinion does not an Oscar make. This won’t be a Meryl year. (For the record, most aren’t. She’s won three out of her previous 17 times as a nominee.)

That leaves Blanchett and Adams, who, upon closer inspection, are playing women with similar tendencies.

As Jasmine, Blanchett initially seems like a recognizable figure of classic Woody Allen satire: She’s comically hoity-toity and self-involved, the kind of person who would read Gwyneth Paltrow’s Goop newsletter without a single snarky thought ever sailing through her mind. But as the movie progresses and it becomes apparent that she’s increasingly unhinged and an unreliable narrator, Jasmine can be seen for what she is: a once-wealthy phony who lies to herself and everyone around her. By the end, it’s clear she’s something even more tragic: a woman who genuinely believed the great American lie—that “deserving” people get rich and stay that way—and has no tools to cope with the fact that it isn’t true. It’s a performance of fierce commitment to disintegration, the equivalent of watching an ice sculpture lose its meticulously crafted shape and melt back into the soggy Earth. 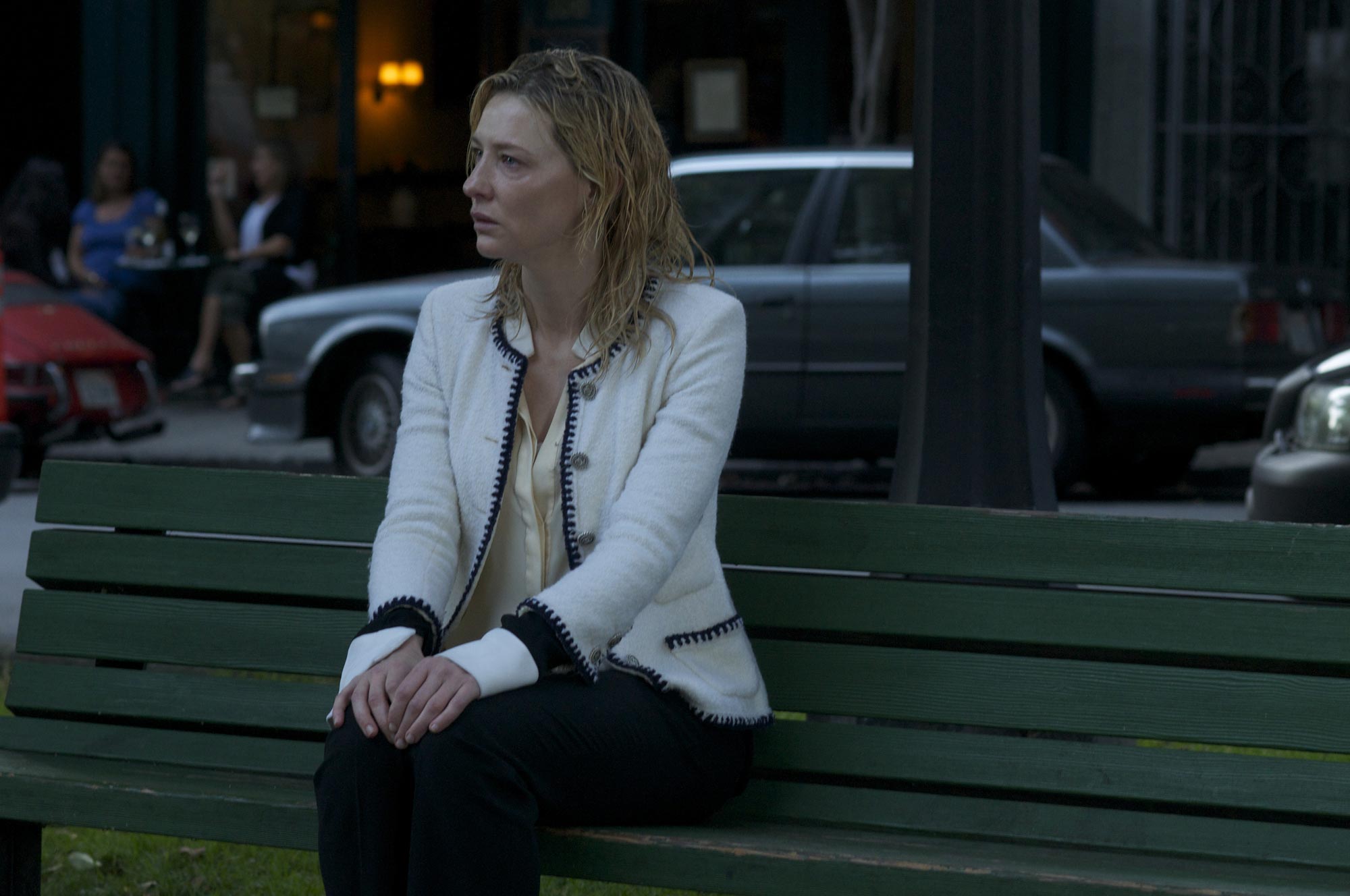 Like Jasmine, Adams’ Sydney (or Lady Edith, if you prefer) is masterful at deception. The difference is that she’s in on the lie; she knows she’s playing pretend, and that’s part of the fun for her. She, too, buys into that American myth that deserving people can get rich, but, unlike Blanchett’s swiller of vodka and self-entitlement, Sydney understands that being rich is work. Appropriately, Adams’ mind always seems to be working in American Hustle. She has her moments of vulnerability; the fact that Irving is still married to the manipulative Rosalyn is the most obvious open wound that Sydney can’t bear to have poked, which Adams demonstrates during the jail scene with Bradley Cooper, and in the ladies’ room pre-liplock argument with Jennifer Lawrence. But for the most part, she’s a level-headed mastermind among hotheaded, massively insecure men, a woman who distracts with her décolletage so no one will see all the calculations behind her eyes. Jasmine lucked into her status as a winner. Sydney scrabbled hard for it, and as Adams plays her, it’s clear she won’t be satisfied with coming in second.

But at the Oscars, Adams still might. In addition to the fact that Blanchett seems to have awards-season momentum on her side, she also benefits from a performance that requires her to plumb greater depths than Adams. That’s a subjective assessment based on the caliber of both these performances and the movies themselves. But if we’ve learned anything about the Academy Awards by now, it’s that quality is only one of many factors that determine who wins. Other things to consider:

That Screen Actors’ Guild Award for Cate Blanchett: The winner of the SAG Award for Outstanding Female Actor in a Lead Role is usually a pretty good predictor of who will win the Oscar. The fact that Blanchett snagged it suggests she’ll be accepting a golden statuette at the Academy Awards.

However… The SAG Award and the Oscar don’t always sync up. In the 19 previous years that SAGs have been given out, six Best Actress victors came up short on Oscar night; that translates into a success rate of less than 70 percent. Adams wasn’t even nominated for a SAG this year, so already it’s clear there’s a discrepancy between Guild opinion and the opinion of Academy voters. (For the record, Adams has earned some other awards, including a Globe and a Critics’ Choice Award for Best Actress In A Comedy.)

The Academy likes to honor its star players. (See Streep’s 18 nominations and three wins.) And Blanchett is a star player: She’s been nominated six times, and won once, for her supporting turn in The Aviator. Since Blue Jasmine marks a return to a meaty starring role after a brief break from those, some may feel Blanchett extra-deserves that lead-actress prize.

However… Amy Adams is also a star player, one who hasn’t earned an Academy Award after being nominated four previous times. An equally compelling argument can be made that it’s finally time to reward Adams, who has been doing consistently strong work since she broke out in Junebug eight years ago.

And one more very important however…: The Academy really likes American Hustle. With 10 nominations overall and one in every acting category—the second year in a row a David O. Russell movie has pulled that off—it’s obvious Hustle struck a chord. Historically speaking, it’s rare for a movie to earn four acting nominations without any of its actors winning. Out of the 14 times it’s happened before, only two movies—1936’s My Man Godfrey and Billy Wilder’s Sunset Blvd.—wound up with nothing on Oscar night. A glance at the competition in the other three acting categories, where the two men from Dallas Buyer’s Club look pretty locked and loaded for victory, and Lupita Nyong’o appears poised to triumph over Jennifer Lawrence, Adams may be the Hustle-r with the best chance of winning.

If someone told me I had to take every pill and knock back every vodka Blanchett consumes during Blue Jasmine unless I decided, once and for all, who will win Best Actress this year, I’d still go with Blanchett. I think it’s ultimately the stronger performance, and the showier kind that tends to dazzle Oscar voters. But I’d add the caveat that people should keep their eyes on Adams. There’s always a chance that, like Cooper’s Richie DiMaso, we don’t even realize she’s two steps ahead of us, already well-prepared to win.