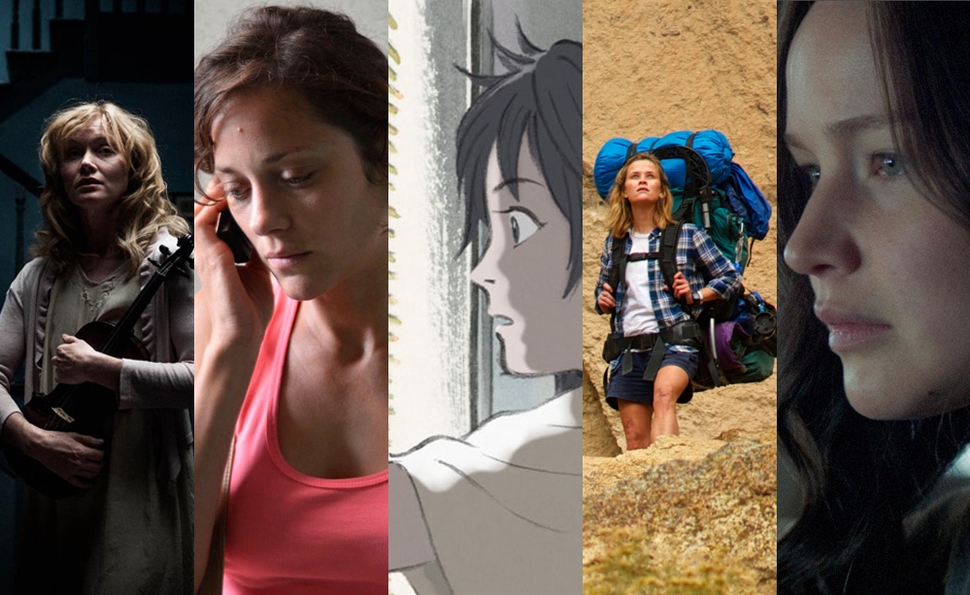 The best new Strong Female Characters are the weak ones

Back in June, I wrote about the problem of Trinity Syndrome: The phenomenon of bad-ass women movie characters who get intimidating introductions and impressive bona fides, but ultimately are only around to be broken down, sidelined, rescued, or won. But Trinity Syndrome is largely a summer problem, the province of action, genre, and blockbuster movies. The cooler winds of winter are bringing a wave of female-led movies and female characters in general who have their own form of strength, which looks peculiarly like weakness. Few of these women would last a single round in the ring with capable, aggressive Trinity Syndrome victims like The Lego Movie’s Wyldstyle, or How To Train Your Dragon 2’s Valka. None of them are necessarily physically powerful, good with guns or quips, or prone to handing male characters their heinies in a showdown. But their comparative vulnerability is what makes them interesting—and what drives their stories.

It’s important to remember (as The Dissolve’s Genevieve Koski pointed out on Twitter last week) that “Strong Female Character” doesn’t necessarily refer to someone with an impressive bench-press stat—the “strong” refers to the quality of character development and plot importance, whether a given character has an inner life of her own, and a story worth telling. And worthwhile stories—about any characters, not just women—often revolve more around vulnerability, mistakes, and flaws than about impeccable skills. A good Strong Female Character doesn’t have to be a Teflon toughie to be worth the name. She just has to be a compelling anchor in her own film.

One of winter 2014’s most interesting Strong Female Characters to date is Cheryl Strayed in Jean-Marc Vallée’s Wild. The film is based on a memoir by the real-life Strayed, who documents how she fell apart while mourning her mother’s abrupt death, dipping into heroin and risky, frequent sex with strangers to fill the void in her life. When the movie version of Strayed (played by Reese Witherspoon) decides to hike the 1,100 miles of the Pacific Crest Trail in an attempt to get outside her life and get it back in order, she literally can’t lift her own backpack without crawling under it and struggling to her feet. She isn’t physically prepossessing or even particularly capable; the whole film amounts to a training montage as she slowly becomes stronger and more confident. 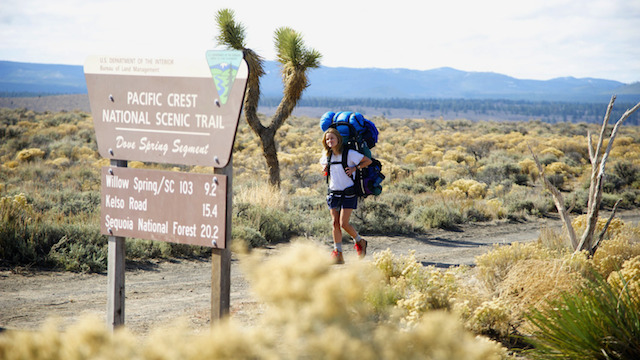 But even so, the film is more about her isolation and pain than her will to succeed. On the trail, visions of her mother follow her everywhere. She processes her grief slowly, and poorly. She wishes, over and over, that she could just quit. She makes potentially lethal mistakes; the specter of Into The Wild’s fatal sojourn into the wilderness hangs heavily over the film. Her heavy pack leaves physical scars on her body to match the emotional ones. Whenever she encounters men on the trail—and most of the people along the trail are men, to the point where Strayed is a novelty who attracts unwelcome extra attention—she’s uncomfortably aware of her own frailty and exposure. As a smallish woman traveling on her own, she cringes when strangers show too much interest in her, especially given that it often turns leering, or even predatory. She never reaches a point in the story where she seems physically capable of fighting off an assault if it comes, and it always seems to be on the verge of coming.

The thing about Wild that feels rare and daring is the way it acknowledges that even confident women doing daring things can feel threatened and vulnerable. The movie version of Strayed isn’t traumatized around her relationships with men. She doesn’t eye every man as a potential rapist because of personal history. But she’s critically aware of her own isolation, and how it leaves her comparatively defenseless around strangers. One of Wild’s most intriguing elements is the way all of her encounters with men on the road begin similarly, with caution and visible concern, masked as politeness and Strayed’s heartbreakingly obvious wish to protect herself by not offering any offense. And yet each encounter ends differently, as the strangers she meets reveal their personalities. Each time, she walks away with a different emotion—comfort, fear, gratitude, exasperation. This is almost the definition of a well-developed character. She’s capable of dealing with a wide range of situations in ways that reveal a great deal about her, rather than stridently reiterating a single character facet over and over each time.

The vulnerability and isolation that provoke such empathy for Strayed in Wild are echoed in a number of other recent and just-over-the-horizon movies. Amelia in The Babadook is defined by her weaknesses: her frustration with her difficult, monster-obsessed 6-year-old son Samuel, her grief for her dead husband, her terror of the dark creature manifesting in her house, her encroaching breakdown as Samuel becomes more irrational and sleep becomes a distant memory. In fundamental ways, Jennifer Kent’s horror movie is about a mother coming to terms with her anxieties, her many negative emotions, and the way they feed each other and consume her life. Amelia (like so many other horror-movie protagonists) spends more than half the movie in tears or in terror, or shuddering at the end of her rope. She isn’t a strong woman, but she’s a fascinating protagonist, juggling a difficult balance of grief, need, anger, and fear as she deals with her difficult child, and her difficult situation as a single mother. 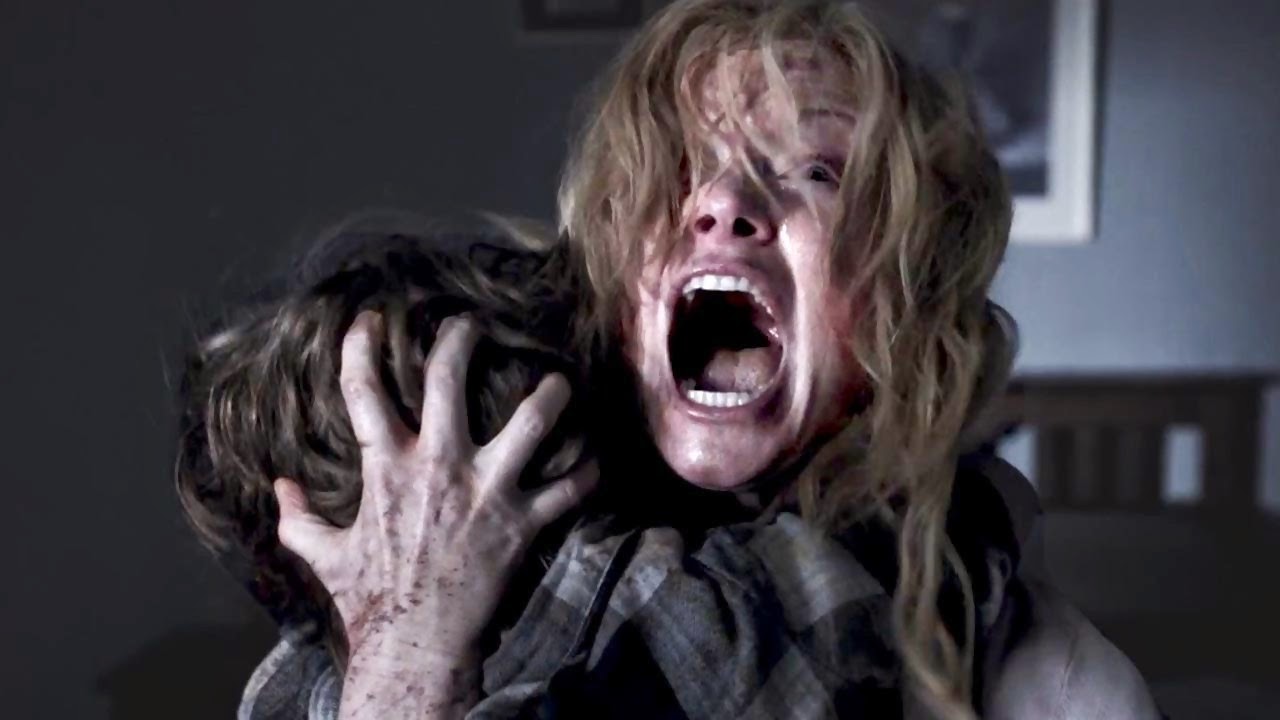 Her situation and Strayed’s are different in virtually every aspect, apart from the fact that they’re both grieving. Strayed is on the move, encountering new people who pose a danger, and trying to outrun her feelings; Amelia is locked in one place with those feelings threatening to overcome her. One is newly single, the other a reluctant mother. They’re different ages, in different countries, at different times of life. But they’re both struggling to gain control of their inner lives and find some balance amid pain that’s forcibly threatening to overwhelm them. It’s easy to call them Strong Female Characters because they’re putting up a fight, drawing on personal strength as well as connections to other people. But again, their “strength” is as much in the way they’re drawn as complicated, not always sympathetic, not always capable people. They’re strongly written even when they aren’t acting from a place of power.

The latest from Japan’s Studio Ghibli, The Tale Of The Princess Kaguya, is even further out on the scale of character difference. Princess Kaguya was magically born out of a bamboo stalk, in a fairy-tale version of historical Japan. She’s raised in the country, until the power that birthed her showers her adoptive parents with gold, and they try to raise her as a princess in the city. From there on, her life is a struggle between her duty as a woman in a society that treats her as an ornament, and the inner passion that makes her want to run free in the grasslands where she was raised. She’s constrained on all sides, by tradition and love of her parents and a bossy tutor and a group of demanding suitors who’ve never seen her face, and she makes for a melancholy and frequently passive protagonist. She submits to her parents out of love, but she wants many things out of life that they can’t or won’t give her, particularly her freedom. The struggle between obedience and rebellion tears at her constantly.

The same fight between duty and desire hit home for Katniss Everdeen in Mockingjay—Part 1 and Noni in Beyond The Lights. Both are capable women with vast reserves of inner strength, and both of them are miserable in trying to navigate the demands their controllers have put on their abilities. Both are stuck in situations where other people are manipulating them for their own benefit, and both break down under the strain. They’re survivors, their stories imply, but the survival instinct may not be strong enough to keep them going. In both cases, their vulnerability makes them human—and more approachable, relatable, and interesting than their capacity to endure torment stoically.

Several other recent movies delve into the same areas—A Girl Walks Home Alone At Night, Miss Meadows, the upcoming Dardenne brothers feature Two Days, One Night—and all of them dive deeply into their protagonists’ pain. Pain is usually what makes a drama: It’s the baseline stake in any serious story, measuring how much the characters are emotionally moved by a situation, or willing to sacrifice for it, or desperate to fight to change it. But men in dramas are often expected to show less fear or pain in a frightening or painful situation, while women are expected to reveal more. It’s a fundamental reason so many young-adult stories have female protagonists: because female protagonists are seen as starting from a position of greater weakness, with more potential for evocative expression, and more room to grow into strength. Pain is everywhere in dramas, but women-led stories handle it differently, with less fear of audience contempt if the protagonists break under pressure. That’s a form of freedom for storytellers: The freedom to let characters expose themselves without judgment, in ways that feed a story’s drama.

The difference in this latest batch of films is that while all the protagonists are vulnerable, none of them are victims. And that feels like an immense change from the more dominant bad-asses of the summer, who so often need rescue, or simply fail at their goals to give other heroes more breathing room. All the movies above specifically deal with the isolating effects of being a woman—of catering to society’s expectations for the acceptable behavior of a princess, a mother, a pop star, a leader, or an unmarried woman. Of fearing male violence or control, in situations ranging from a potential rape and murder in the woods to a former romantic partner turning a breakup into an embarrassing public spectacle. All of the protagonists of these films are coming apart in different ways under the pressure, and are looking for companionship, understanding, and support. But none of them are ultimately broken, or lost in the writing, or set aside so a male character can succeed in their place. These films all address how a woman can suffer insecurity, heartbreak, and loss, and still keep muddling forward.

And that leaves these characters strong on two fronts: strong enough internally to survive their own difficult stories, and strong enough narratively to support a feature story. Either way the Strong Female Character term is used, it applies. It may be harder to apply this model to summer movies, where the conflicts are more external, in the form of supervillains or apocalypses. But for the moment, it’s good enough to see that there are ways to make women in movies worth watching besides putting weapons in their hands and glowers on their faces. Strongly written female characters don’t have to be ersatz men to carry their films. They just have to define their own goals, and find their own unique ways of reaching them.