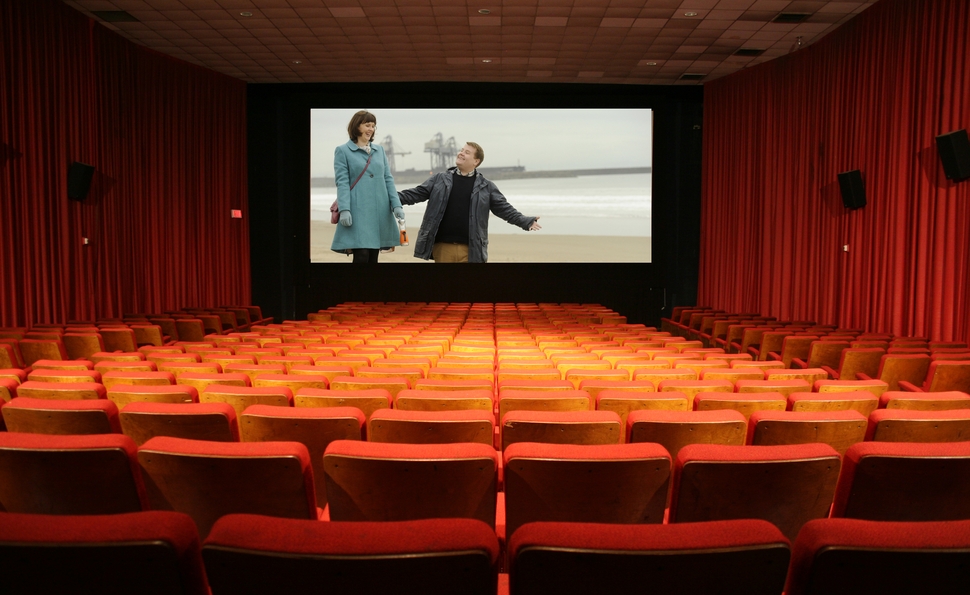 The cheapening of independent film

Throughout their history at Miramax and now The Weinstein Company, the Weinstein brothers have always found creative ways to handle movies they produce or acquire, but for whatever reason find problematic. They’ve shelved them for years (The Details, All The Boys Love Mandy Lane, Tears Of A Black Tiger), recut them (Gangs Of New York, The Grandmaster, Queen Margot, All The Pretty Horses), or just dumped them altogether (The Immigrant, Dead Man, Grace Of Monaco). But with One Chance, a feel-good musical comedy inspired by the ascendance of a working-class Britain’s Got Talent winner, they tried a different tack: After bumping it from early February to mid-March to late August and finally into the fall, they simply gave it away free on Yahoo! Screen, Yahoo!’s on-demand video-streaming service.

No details were released about how much money changed hands in the deal, but it’s plain enough that Yahoo! wants to build up a viewer base, and the Weinsteins are engaged in VOD as an important revenue stream for present and future. Per the terms of the deal, Yahoo Screen would be able to show One Chance free 10 days before it opened in theaters. It should come as no surprise, then, that One Chance was a spectacular bomb when it finally snuck out on October 10, earning $32,800 on 43 screens for a $763 per-screen average—barely a year’s tuition for one of the film’s beleaguered production assistants. So the Weinsteins and Yahoo! extended the deal for nearly a month more; in fact, it can be watched here until November 9. Get your genial mediocrity while it’s hot!

The One Chance deal is just the latest, most extreme example of the ongoing migration of audiences from movie theaters to home video, where laptops and HDTVs have made the difference between one and the other negligible for many people. There was a time, not long ago, when the Weinsteins would have expected viewers to shell out full price—plus parking, popcorn, babysitter fees, etc.—for an inoffensive, mildly entertaining piece of Anglophilic pablum. The implications of the deal weren’t lost on the National Association of Theatre Owners, which has become just as ineffective as the other NATO in its fight to retain the traditional release windows—theatrical followed by video, cable, and so forth—and keep its revenues from being undercut by more appealing home-viewing options. And they have the means to do it, to a limited extent: Member chains can (and have) barred movies with day-and-date or day-before-date VOD releases from playing in their theaters. And for the most part, the independent distributors that are employing these strategies have never had a place in multiplexes anyway.

There are arguments to be made in favor of the new digital order: Movie lovers don’t have to live in New York or Los Angeles to see a movie when it comes out. Distributors don’t have to pay to strike and ship prints. Viewers have a choice to see movies when they want and how they want. But the release of One Chance symbolically underlines a point that I think is undeniable: Independent movies have been rendered nearly worthless, at least in theaters. And that isn’t limited to One Chance, where it’s literally available right now for free. Nor is it limited to pre-theatrical or day-and-date VOD, where viewers can watch films at home before or during their theatrical runs for a fraction of the cost. It also affects movies that forego any of those arrangements and still abide by the old way of doing things. Moviegoers aren’t always aware what specific titles are available before, during, or after their theatrical runs, but on balance, there is an awareness that many can be seen early on video, and the rest will follow shortly. So the next thought is, “Meh. I can just watch this at home.” That’s true of One Chance. And that’s also true of terrific bigger movies like The Guest or Whiplash, which unfortunately pay the price of devaluation despite first being exclusive to theaters.

It’s easy to make fun of NATO for being ineffectual—just as it’s easy to make fun of the other NATO for being ineffectual—but the group isn’t Chicken Little here. The sky really is falling, specifically for the independent theater owners whom these new release strategies victimize most. They get nothing in the arrangement but a dwindling audience. Streaming services like Yahoo! Screen, iTunes, Amazon, and others get to offer movies months before the video window. Distributors make money without having their profits minimized by theaters taking a cut. And viewers get added convenience and more choices. As much as we can shrug and say, “That’s how the market works,” and try to be sympathetic to the independent houses that can now look to their gleaming, expensive new digital projectors as symbols of their obsolescence, this is bad news for movies—not just movie theaters.

Consider this analogy: The Quad Cinema in New York has come under fire for a practice called “four-walling,” in which movies that have no distribution can pay for a one-week theatrical run “in the heart off [sic] Greenwich Village.” And that’s enough to all but guarantee a review in The New York Times, and an entryway into digital, DVD, and other ancillary markets. It’s a cheap way to game the system, and would lose almost all of its value if the Times decided to draw the line. As it stands, however, it’s a drag on the independent scene overall, adding more titles to a weekly deluge of New York releases, and taking value away from movies that have been properly vetted, represented, and distributed. The effect of four-walling and the effect of release strategies that cut out independent theaters is similar: They violate the ecosystem, making it difficult for independent movies of any kind to gain a foothold.

Independent theaters are hit hardest by all these changes; after all, expecting people to pay $10 or $15 to see One Chance when it’s a click away on their laptops is absurd. If a theatrical run is important at all for distributors of independent films, then practices like these suggest a future where everything has to be four-walled just to keep the theaters in business. But it’s really the movies themselves that become undervalued. As Hollywood and multiplex chains do everything they can to oblige people to come to the theater—nine-figure blockbusters, IMAX and faux-IMAX, Dolby Atmos, 3-D, etc.—indies are actively encouraging viewers to stay home, where it’s cheaper (or streaming in the not-too-distant future, or free). Such a chasm has opened up between what movies have great value and what movies have little that they barely seem to share the same medium. The One Chance deal is just the most startling example of an ongoing phenomenon: If a movie that was once expected to fetch full price is marked down to nothing, all other independent movies are going to seem like a ripoff. Better hold off for streaming.