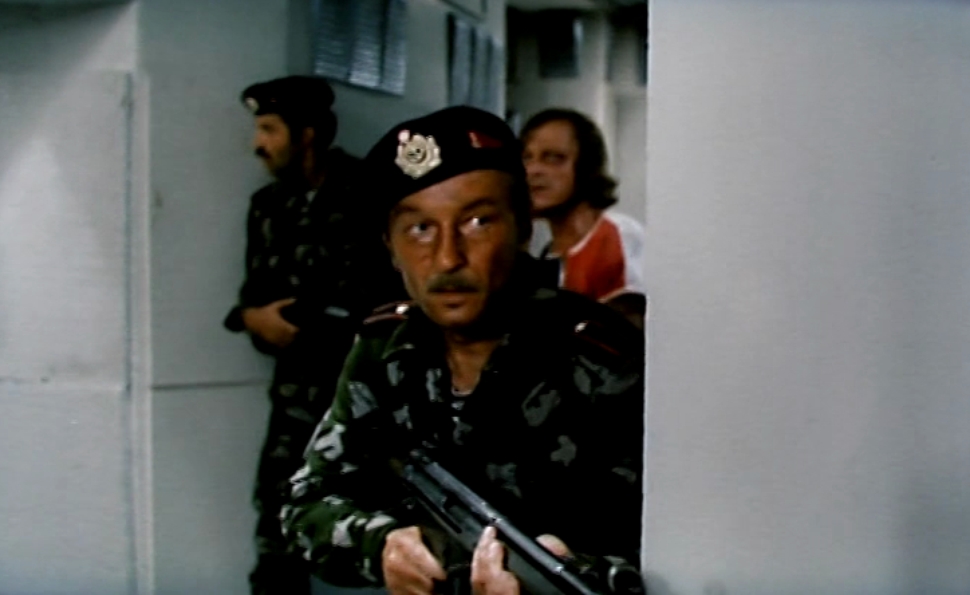 In March of 1987, a group of Soviet and American filmmakers sat down in Los Angeles to watch 60 years’ worth of their countries’ worst cinematic caricatures of each other. It was the international filmmaking equivalent of finding someone else’s burn book: from 1924’s The Extraordinary Adventures of Mr. West In The Land Of The Bolsheviks through Rambo: First Blood Part II, they watched Soviets play Americans and Americans play Soviets who ranged from bumblers to murderous automatons. But the superpowers didn’t meet on entirely equal footing; contemporary press accounts make it clear that the Americans had more to be embarrassed about than the Soviets. Ronald Reagan’s hardline anti-Communism had trickled down to Hollywood, yielding anti-masterpieces like Red Dawn and Rambo, featuring the thinnest Soviet villains since 1952’s Invasion U.S.A.—a title that had just been reused for an equally terrible Chuck Norris vehicle. The Soviet Union was a little less openly bellicose, both politically and cinematically, and for the most part, its films weren’t as cartoonish about the United States. The attendees knew it—Patton director Franklin Schaffner remarked, “I think we out-stereotyped you. And it wasn’t easy.”

But there was one Soviet film that could stand proudly next to America’s greatest testosterone-fests: 1986’s Одиночное Плавание, known in English variously as Solo Voyage, Solo Journey, Independent Steaming, or The Detached Mission, written by Yevgeni Mesyatsev and directed by Mikhail Tumanishvili. This film, billed abroad as “the Russian Rambo,” is a fascinating Soviet attempt to create the same kind of action-adventure the United States was churning out at an alarming rate in the 1980s. It also represented the last gasp of a certain type of Soviet cinema that was extinct within months of the film’s release. Seen today, the bloodthirsty, greedy Americans of The Detached Mission’s mirror-world give some sense of what characters like Rocky IV’s Ivan Drago might feel like to a Russian. And it’s hilarious.

In its rough outlines, the plot of The Detached Mission is actually a lot like Rambo: First Blood Part II. A haunted Vietnam veteran named Jack Hessalt—played by a Latvian actor with the too-good-to-be-true name Arnis Licitis—is sent on a secret mission by the CIA. When things go sour, they cut him loose, and he’s left to face the Soviet military almost entirely alone. But this is the Soviet version, so the similarities end there. Rather than Rambo’s sadistic torturers, the Soviets are noble and self-sacrificing, while the Vietnam vet is less Christ and more Calley. It’s not a good movie by any means—it’s directed about as well as a mediocre A-Team episode—but as with the best bad movies, its excesses have much to offer.

Tumanishvili opens his film with framing device that would reappear years later in Crimson Tide, an exposition dump from a newscaster on an aircraft carrier. But the ship, played by stock footage of the Nimitz, is not exactly up to navy regulations: The bridge is littered with open beer cans. And the newscaster’s dialogue could definitely have benefited from a Quentin Tarantino polish:

Someday we may be able to sit down at the negotiating table, but for now, our boys at the Pentagon think only of one thing: open missile silos, fingers on the launch buttons. What can you do? We live in a nuclear age. But I, like you, trust that this time everything will be fine.

As always in films of this sort, his trust is misplaced. Somewhere in Florida (identified by a hand-painted license plate made by someone without access to stencils) a group of shady defense contractors hold a secret meeting on a golf course. “Florida,” in The Detached Mission, could not look more like Cuba, and the contractors are members at the only country club in the United States where multimillionaires forgo single-malts for Old Crow in a half-gallon bottle with a pour spout. They fear that a thaw between the Soviet Union and the United States will lead to military cutbacks—one of them estimates $460 billion as “the price of détente”—and are determined to do something about it. To be precise, they want to launch missiles at a cruise ship full of Americans and frame the Soviets. There’s only one man for the job: Jack Hessalt, in exile since slaughtering an entire Vietnamese village at the CIA’s request. 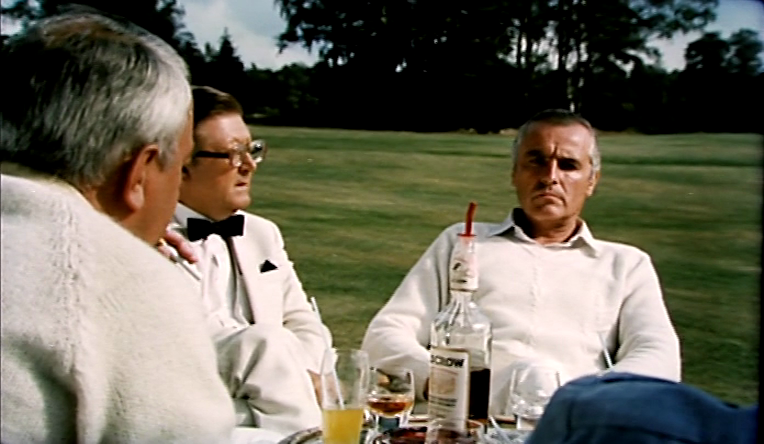 Hessalt jumps at the chance to get back to murdering civilians of any nationality, and is dispatched to a charmingly low-budget secret missile base, where every surface is littered with cans of Coke and the tracking systems are based on the technology in Sonar Sub Hunt. Unfortunately, the missile locks on to the wrong ship, an American sailboat captained by treasure hunter Jack Harrison and his wife Carol, sending them flying into the water but somehow leaving their life raft in perfect condition. Furious, Hessalt seizes control of the base and resolves to launch a nuclear warhead at the Soviet fleet. It’s unclear what he hopes to accomplish, but as the frequent cuts to stock footage of Vietnam show, he’s not altogether there. The military responds by launching a carpet-bombing attack on the base that will take an entire night and day to arrive, while a Buck Turgidson stand-in encourages the Navy to take advantage of the unplanned first strike to destroy the Soviet fleet. The only thing in Hessalt’s way is a small Soviet vessel and its marines, led by Major Shatokhin. Shatokhin, a sort of warrior-poet played by Mikhail Nozhkin, has picked up Harrison’s distress call and heads into the area on a rescue mission. Low-budget, poorly choreographed mayhem ensues as Harrison and Shatokhin’s marines team up to neutralize the base and prevent World War III.

As a document of popular Soviet conceptions of America (or at least conceptions of America that made it through Goskino), The Detached Mission is remarkable not just for what it gets wrong, but for what it gets right. The opening crawl, an ominous description of U.S. covert operations as defined in “Directive 10/2,” seems Orwellian, but turns out to have actually existed. It also wasn’t exactly a secret that American defense contractors stood to profit from a more bellicose foreign policy against the Soviet Union. Although the idea of fat cats on a golf course planning a U.S. attack on a civilian target to turn public opinion against the Soviets is a bridge too far, the Joint Chiefs Of Staff came up with Operation Northwoods somewhere, so why not a golf course? Still, it seems likely that there were enough safeguards in place in the mid-1980s to prevent a crazed Vietnam veteran from launching World War III as a solo operation. 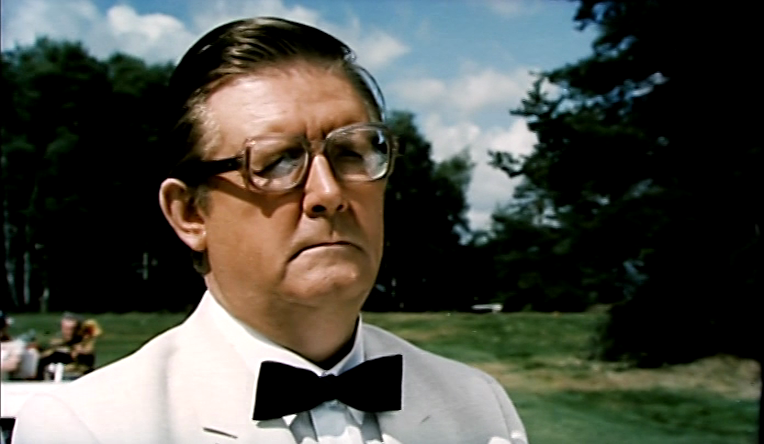 More interesting than the cartoonish Americans are the equally stereotyped Soviet Navy. In the American version of this kind of film, the strike force would be unlikely to be led by the kind of man who rhapsodizes about nightingales. (The middle-aged Nozhkin was replaced by a roided-up action hero in the Spanish poster for the film.) It’s worth noting here that the Soviet government had control over the way its military appeared in films that the Americans did not. Although Reagan was undoubtedly a fan of films like First Blood Part II (“Boy, I’m glad saw Rambo last night. Now I know what to do next time,” he joked when the Lebanese hostages were released), he didn’t have script approval. But Soviet leaders did: Screenplays were reviewed at high levels of the government on ideological grounds before a single frame could be shot. As Tony Shaw and Denise J. Youngblood point out in their excellent study of the films of the period, Cinematic Cold War: The American And Soviet Struggle For Hearts And Minds, Soviets pursued a cultural policy of “positive legitimation,” showing the military not as adventurers but as a force that attempted to keep the peace in the face of American aggression. Hence, even in The Detached Mission, an atypically bloody affair, the Soviets become involved because of a humanitarian mission, and engage with the Americans only once it becomes clear that the alternative is global thermonuclear war.

Still, this is a peacekeeping force that sinks an American submarine, cripples a pair of destroyers, and takes out commandos with throwing knives, machine guns, and hand grenades. There’s no sense that the violence is somehow redeeming Soviet honor, but there’s an awful lot of it, and it’s still pretty cathartic. Politically, The Detached Mission isn’t a true Soviet Rambo (that would be a movie in which a commando was freed from government bureaucracy and given permission to “win” in Afghanistan), but it does represent a unique moment in Soviet Cold War cinema. Filmed at a time of Soviet political upheaval (Andropov lasted barely over a year as General Secretary, Chernenko was clearly not going to last much longer) and public uneasiness at Reagan’s belligerence, The Detached Mission is unique in its violence and anti-Americanism. It also represents a direct response to Reaganite films, which the Soviets loathed; Shaw and Youngblood quote a Soviet film journal describing them as “filled with hatred, brutality, and professions of militarism and anti-Communism,” which seems fair enough. As such, it seemed to promise a coming age where the superpowers would trade cinematic blows. But this was not to be: The Detached Mission was a relic of an earlier age almost from its release date. 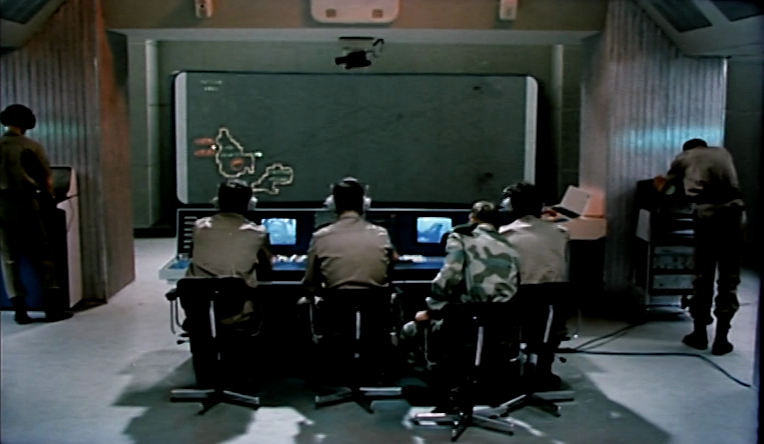 The film was completed in 1985 and released in January of 1986. It clearly resonated with the Soviet public, going on to have the second-highest attendance of all the year’s films. But history was moving faster than the box office. In March of 1986, Gorbachev unveiled perestroika at the 27th Party Congress, and a wave of cultural and political reform started to break. By May, at the Fifth Congress of the Filmmaker’s Union, First Secretary Lev Kulidzhanov, a Brezhnev-era appointee who had served since 1965, was replaced by Elem Klimov. Klimov, the director of Come And See, perhaps the most devastatingly effective pacifist film ever made, took a dim view of lowest-common-denominator military action movies. He explained his attitude in an interview in Stephen F. Cohen’s Voices Of Glasnost:

It’s a fact unfortunately that people are inclined toward bad mass culture. And it is not only the authorities who are responsible. Many filmmakers produced bad films that helped lower the viewer’s level. As a result, many people go to moviehouses just to relax and enjoy—to stop thinking. We have to enlighten them and make them want to think.

The head of Goskino was also unceremoniously ousted and replaced by a reformer, even as the balance of power shifted to favor the Filmmaker’s Union. Soviet cinema was now in the hands of people for whom The Detached Mission represented an embarrassing, coarse attempt to adapt the worst excesses of the West. By 1987, Klimov would travel to the United States to participate in that cinematic summit, treating the film as something to apologize for. Tumanishvili’s film survives today as a glimpse of a unique moment of political and cultural upheaval: It had no sequel and no heirs. The era of Soviet Rambos was gone before it had really begun. Within a few years, the Soviet Union was gone, too. You do the math.

Correction: An earlier version of this article mistakenly referred to the 1985 film Invasion U.S.A. as a remake of the 1952 film of the same title.