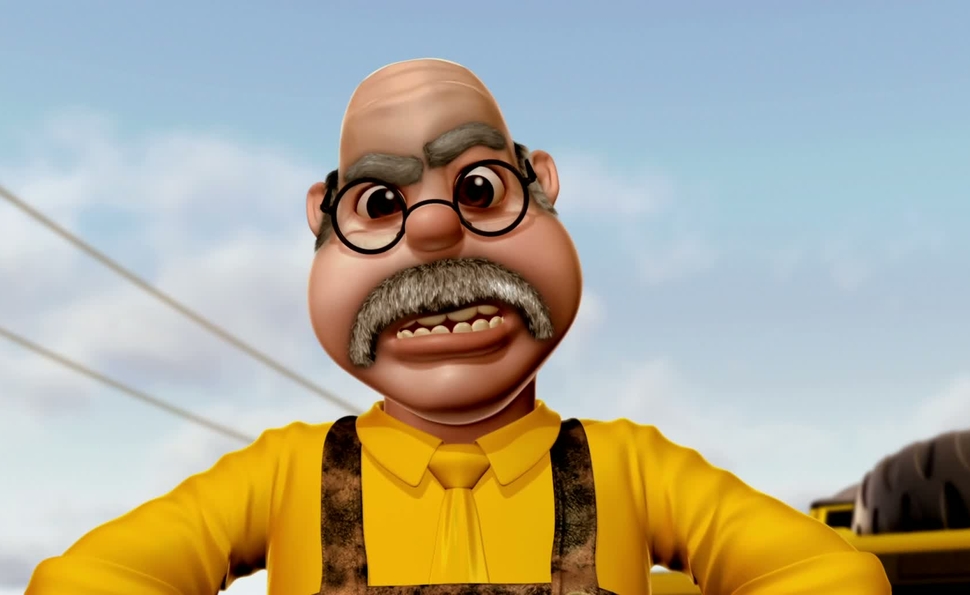 Debuts and finales occupy special places in our culture. Artists might make countless movies over the course of their careers, but they can only make one first movie and one last one. But finales and debuts don’t always play out the way we’d like them to. Orson Welles could not have made a more spectacular cinematic entrance than Citizen Kane, the debut against which all other debuts will forever be judged, but the same cannot be said of his final onscreen role as an associate of Henry Jaglom in Someone To Love. And it seems safe to assume that fans of the retired Gene Hackman would rather the great actor end his magnificent career with his towering performance in The Royal Tenenbaums, instead of most likely going out with 2004’s almost perversely forgettable Welcome To Mooseport.

Yet it would be hard to imagine a final film for a cinematic titan as jaw-droppingly awful, cheap, and misconceived as that of Sean Connery: 2012’s Guardian Of The Highlands (a.k.a. Sir Billi). The Academy Award-winning Connery hasn’t appeared onscreen since The League Of Extraordinary Gentlemen in 2003, and could easily make untold millions for a day’s work on a James Bond, Indiana Jones, or Jack Ryan movie. Yet he’s shown no sign of budging from his announced retirement. Apart, that is, from inexplicably choosing to break his silence, and most likely end his career, with a film that looks like it was financed using whatever change Connery had in his pocket, and made by an all-volunteer crew of sluggish students from a nearby community college.

Guardian Of The Highlands is a mystery. Why is Connery involved? Is it a matter of Scottish pride? Sympathy for the underdog? Or has Connery always nursed a desire to play a man capable of doing wicked-awesome skateboarding tricks, but had to wait until he was in his 80s and largely retired for someone to offer him such a role? Is Connery’s seemingly inexplicable appearance here tardy, perverse revenge for not even being considered for lead roles in Gleaming The Cube and Dogtown & Z-Boys as a younger man? (“Too old, they said! Too Scottish, they said! Not at all right for the role, they said! Well who’s saying anything now?”)

Or maybe Connery is a hardcore independent-animation buff, deeply enamored of the reviled likes of Delgo and Legends Of Oz: Dorothy’s Return. Maybe he secretly longed for the day when he would be represented onscreen by a doppelgänger who looks like a fire hydrant-shaped caricature of Connery with round glasses, a melting forehead, and what appear to be gangrenous caterpillars for eyebrows, a mustache, and hair.

Per a report from AMFM Magazine, a screening of Guardian Of The Highlands at the Sonoma Film Festival was so ecstatically received, it led the filmmakers to believe that the negative review the film received in Variety could only be the product of a sinister conspiracy, not an honest evaluation of a film seemingly everyone not involved seems to agree is terrible. This manner of thinking is seemingly widespread among the makers of widely reviled independent animated films. When The Legends Of Oz: Dorothy’s Return tanked at the box office, investor David Yancey wrote a Facebook rant that theorizes:

The big Hollywood studios do not want this effort to succeed because they don’t want any serious new competition. Maybe we got their attention because they amassed their army of top paid critics who wielded their poison pens in a smear campaign against this wonderful family picture. These seemingly aren’t just reviews of an average film not liked by critics, they are propaganda written expressly to dissuade everyone from seeing the film.

It’s understandable why people involved with movies like Guardian Of The Highlands or Legends Of Oz might be defensive enough to imagine that studios, who seem to view film critics as a necessary evil at best, “amassed” armies of its “top paid critics” to attack a universally beloved family film solely out of their need to see the little guy crushed. Making an animated film outside the system involves tons of effort, even to make something astonishingly awful. The folks behind Guardian Of The Highlands and Legends Of Oz seem to feel like the world would embrace their movies, if only they could get past those gloomy film critics whose power and influence they so greatly overestimate. But critics didn’t treat Guardian Of The Highlands or Legends Of Oz like average films for a good reason: they are egregiously, fascinatingly, overwhelmingly awful.

Guardian Of The Highlands peaks early with an opening sequence set to Dame Shirley Bassey’s original theme song, which introduces two of the film’s cornerstones: the creepy oversexualization of its characters, and winking, leaden references to Connery’s past.

Guardian Of The Highlands goes nuts with James Bond and Indiana Jones references, sometimes simultaneously, as when a zaftig female supporting player says, apropos of nothing, “Forget Indiana Jones, I should be called Jemima Bond!” But it also includes a nuclear submarine, à la The Hunt For Red October, solely so Connery’s Sir Billi can look at the camera and quip, “Oh my, that sub reminds me of another adventure.”

After the James Bond intro, Guardian Of The Highlands opens with a creepy prologue chronicling how beavers were outlawed in Scotland and rounded up by ghoulish, vaguely Gestapo-like animal-control heavies. But one beaver, Bessie Boo, managed to escape the beaver genocide and was raised by a family of rabbits. I do not invoke the terms “Gestapo” or “genocide” lightly; for an ostensible romp aimed at small children, Guardian Of The Highlands is an incredibly dark, disturbing film that derives all of its suspense from putting adorable animals in horrible peril.

Death haunts the characters of Guardian Of The Highlands. The repulsively designed human characters are constantly weeping at the possibility, even promise, that a big-eyed animal will die a horrible death, or incur the kind of traumatic injuries that make death seem kind by comparison. The unwelcome darkness extends to a demented animal-control worker whose years-long obsession with hunting down Bessie Boo calls to mind Javert’s relentless pursuit of Jean Valjean in Les Misérables, only without all the laughs and fun. And also with a cartoon beaver.

Guardian Of The Highlands then jumps ahead five years to introduce Connery’s Sir Billi, a sassy, skateboarding veterinarian who lives with Gordon The Goat (Alan Cumming), a sexually ambiguous animal in a tight yellow tracksuit reminiscent of Uma Thurman’s in Kill Bill, who seems to worship Billi. The relationship between Gordon The Sexually Ambiguous Goat and Billi is fascinating: At one point in the film, it appears that Gordon is on the verge of death (as animals in this film always seem to be), and we flash back to memories of Billi and Gordon in happier times, flashbacks that largely reference iconic movie scenes, often with Gordon adopting the role of the sexy woman.

Sir Billi lives to serve his community, his grandson, and the animals of the Highlands, who apparently consider him a guardian. In this capacity, Billi winds up in a life-or-death dash (and I do mean life-or-death, with death as the safe bet) to save Bessie Boo from both the animal-control zealot who is still after her, and the currents of a river where she’s seemingly hurtling toward death.

Billi is aided in his heroic quest by his animal friends, as well as a pair of American women whose sole defining features are enormous breasts just barely concealed by their skin-tight tops. These women vamp their way through a film-ending musical sequence awash in horrifically unnecessary sexuality, which concludes with the bustiest and most fetching of the lasses heading off with Sir Billi, ostensibly to Pound Town, one of the sauciest subsections of the Highlands. In case anyone misses the suggestion, Sir Billi’s daughter directly addresses the camera to talk about how glad she is that her heroic dad has found someone, particularly someone with such “an enviable chest.” Guardian Of The Highlands spent years in production, debuting as a 30-minute short in 2006, yet at no point did the filmmakers discern that a family film probably shouldn’t end with the protagonist’s daughter talking about the amazing set of tits on her father’s date for the evening.

But even in animated kids’ films, Sean Connery gets laid, and Guardian Of The Highlands shamelessly strokes the great man’s ego with repeated references to his cinematic history of derring-do. The film is a tribute to Sean Connery and the Scottish Highlands that reflects poorly on Sean Connery, the Highlands, and everyone involved. It emits some of the same trainwreck fascination as previous oddities like The Oogieloves In The Big Balloon Adventure and Foodfight!, both of which prominently feature Christopher Lloyd, who is quoted in the AMFM feature on the Sonoma screening raving to the makers of Guardian Of The Highlands about how much he loved their movie. Lloyd is apparently a psychotic super-fan of terrible independent animated films.

Connery is apparently also a super-fan of at least one terrible independent animated film: Guardian Of The Highlands marked his first major performance in an animated feature. (He did deliver one line in The Thief And The Cobbler.) And presumably it’ll be his last as well, since he’s subsequently shown no further signs of budging from retirement. This leaves Guardian Of The Highlands as a peculiar footnote to an extraordinary career, a spectacularly dumb, messy little labor of love that couldn’t feel more laborious. It’s hard to imagine Connery skateboarding off into the sunset on a less dignified note.