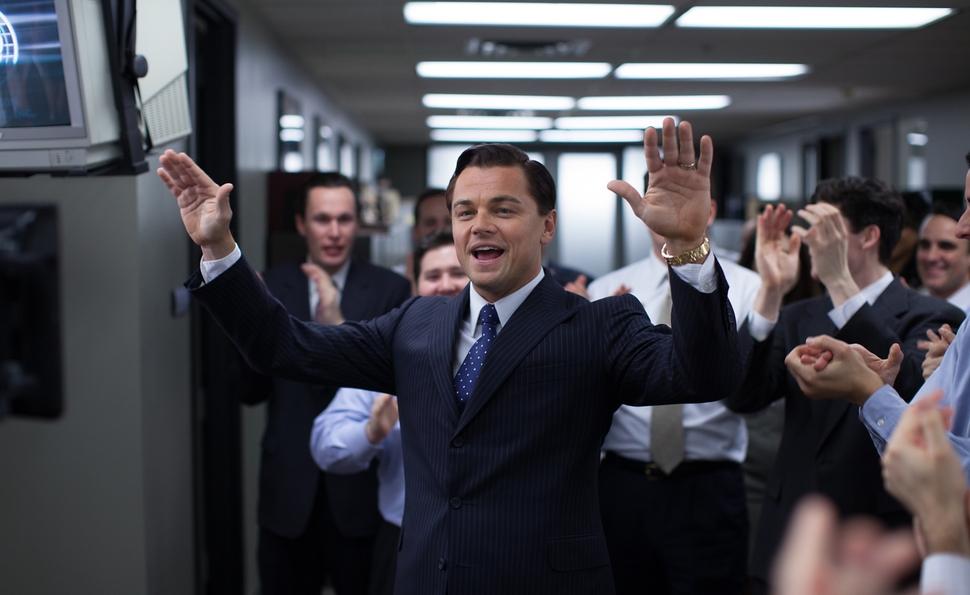 For Leonardo DiCaprio, always a Golden Globe, never an Oscar

When the Golden Globes get handed out on Sunday, it’s possible that Leonardo DiCaprio will wind up with one for his ferocious, incisors-bared performance in The Wolf Of Wall Street. I say that based on the Globe predictions made by The L.A. Times and many of the esteemed experts at Gold Derby, as well as my own awards-season intuition, which is really a fancy way of saying “BS premonition based on nothing.”

But so much of awards-season prognostication is fueled by BS premonitions based on nothing, so sure, let’s go with this. After all, the Hollywood Foreign Press has demonstrated a longstanding admiration for DiCaprio’s work, awarding him once (for The Aviator) and nominating him 10 times, including twice in 2007 in the same category (lead actor in a drama). When it’s a good year for DiCaprio, the HFPA is more than willing to show him extra affection and chuck its rulebook out the nearest window. (I’m going to assume, perhaps naïvely, that there’s an actual rulebook somewhere.)

To be fair, Bruce Dern—perhaps DiCaprio’s toughest competition in the musical/comedy lead actor category—also has a good chance of winning on Sunday. In the past, the Foreign Press, like the Academy, has favored trophy-less acting vets, on both the drama and musical/comedy side of things. (See Bill Murray, Johnny Depp, Jeff Bridges, Peter Fonda, and Mickey Rourke.) Dern certainly falls into that category, and also happens to have brought admirable restraint and authenticity to his character in Nebraska, the stubbornly befuddled Woody Grant. But in addition to appreciating Hollywood stalwarts, the members of the HFPA really, really love big stars. With all due respect to the great Dern, DiCaprio is the bigger star, which could give him an edge in an awards race that wears its celebrity suck-uppery on its sleeve, then dips that sleeve in champagne and bedazzles it in glitter and Swarovski crystals.

A DiCaprio win, if it happens, will inevitably kickstart chatter about how his Golden Globe increases the odds that he’ll finally win an Oscar, and thereby earn the right to stop being referred to as “Snubby McNeverGetsAnyAwardsLove” in goofy E! Online articles. Such conversations will be inevitable and somewhat understandable considering the Golden Globe/Oscar Best Actor statistics: During the past 20 years, one of the Globes’ motion-picture actor winners has gone on to win the Academy Award 15 out of 20 times. A win at the first ceremony doesn’t guarantee a victory at the second, but there’s clearly some synchronicity there.

That said, I don’t think the Oscar odds are in DiCaprio’s favor, whether he takes home a Globe or not. As usual when it comes down to who wins, loses, or gets nominated for awards, that statement has nothing to do with the merits of DiCaprio’s performance in The Wolf Of Wall Street, which are significant and undeniable. (If you don’t agree, just go back and watch the Lemmon 714 quaalude scene again, for cryin’ out loud.) DiCaprio has always been charismatic, but he’s explored bolder, deeper territory during the last decade, especially since he became Martin Scorsese’s muse for a new millennium. His performance in The Wolf Of Wall Street feels like the apex of that exploration. It isn’t just a performance, it’s, like, seven performances: a symphony of suave, cocksure antiheroics; brutal coked-out abusiveness; and straight-up, hugely physical slapstick. DiCaprio doesn’t make viewers like Jordan Belfort. That isn’t his job here. He doesn’t demonstrate a transformative arc as a leading man. The whole point of The Wolf Of Wall Street is that Belfort doesn’t really change. But he keeps people interested and guessing, simultaneously uncomfortable, disgusted, and a little turned-on.

That turn-on part is one reason why some critics, moviegoers, and allegedly, members of the Academy have reacted negatively to both Scorsese’s film and DiCaprio’s role in it. Which brings us to the three reasons why, I’m sorry to say, I don’t think Leonardo DiCaprio is going to win an Academy Award for Best Actor this year. (Note: This list comes with deepest sympathies to all the members, both current and emeritus, of the Jack Dawson Adoration Society.)

Reason no. 1: The Wolf Of Wall Street controversy.

In one of the earliest scenes in The Wolf Of Wall Street, viewers see, in a close-up so close that the image in focus is almost indiscernible, a human ass, from which DiCaprio-as-Belfort is snorting cocaine. In that single shot, Scorsese announces what this movie is and what it’s about: It’s a film about assholes, and the fact that we don’t always recognize assholes even when they’re right in our faces.

The problem is that a lot of people don’t particularly care to see assholes—literal or metaphorical—in extreme close-up for three hours. Hence, the swirl of controversy that has surrounded The Wolf Of Wall Street since its Christmas Day release. On social media, in numerous thinkpieces, and in segments on the Today show, a conversation has erupted about whether Scorsese, DiCaprio, and Co. are glorifying Belfort’s behavior or satirically commenting on it. Personally, I believe they’re clearly doing the latter, even though I still hesitate to officially place the movie in the comedy genre. That’s because its satire is sly and the movie’s tone—which veers just as blatantly toward drama in many scenes—is slippery. I don’t think the movie condones what Belfort and his cronies do, but I do think it pops enough corks and air-blasts enough confetti to understandably blur the lines for some people. Irony doesn’t always come across. This is why so many actual Wall Street scumbags revered fictional Wall Street scumbag Gordon Gekko as their lord and savior, including, for the record, Jordan Belfort.

How does this all relate back to DiCaprio? It’s pretty simple: Some members of the Academy may feel like an Oscar or even a nomination for DiCaprio is an endorsement of his character’s behavior in Wolf Of Wall Street. (Admittedly, this recently circulated DiCaprio video doesn’t help his case.) The Academy members skew old, and some of them may not appreciate the movie as a form of social commentary, or at least not feel strongly enough about it to want to deal with the inevitable, post-DiCaprio-win shrieking about how Hollywood has no morals. In short, the film’s edginess could be DiCaprio’s undoing. 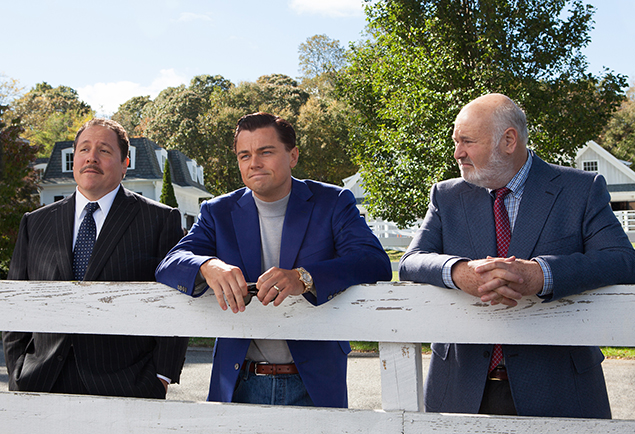 DiCaprio is 39, which isn’t exactly fresh and dewy-eyed, but also is hardly old. Yet within the mathematical context of the Best Actor race, he’s still younger than most winners in recent history.

To go a little Nate Silver on a subject that is supposed to be less about data than art: During the past decade, there have been only three Best Actor winners younger than 40. The others were 42 and older. The youngest man to ever win in the category was Adrien Brody, who was 29 in 2003 when he was called to the Kodak Theatre stage. (Just for fun, contrast that age span with the Best Actress winners of the past 10 years, seven of whom became Oscar winners in their 20s and early 30s.) This all probably qualifies more as weird trivia than anything else, but it may speak to the Academy’s tendency to honor slightly older actors, especially since, unlike their female counterparts, many of them often continue to be offered rich, challenging roles well into their twilight years.

The other thing about DiCaprio: Even though he’s been acting for more than two decades and will turn 40 later this year, many people still think of him as younger than he actually is. That’s partly due to his boyish looks, and is also a byproduct of the lasting impact of Titanic mania. Some may think, “DiCaprio was good in Wolf Of Wall Street, but he’s still young. He’ll be nominated again next year, or the year after.” That thought process could be prove advantageous to someone like Dern—or Robert Redford, if he gets nominated for All Is Lost. 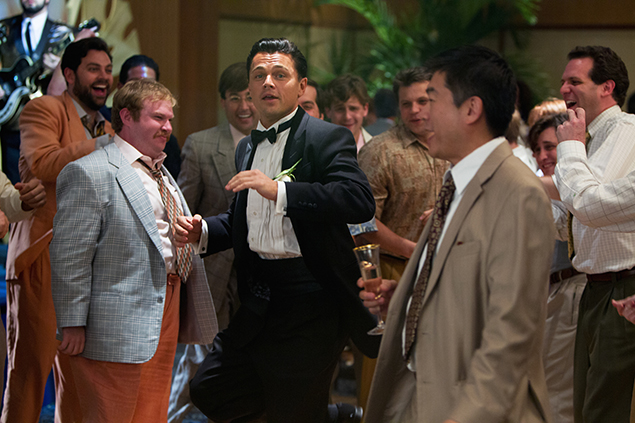 Reason No. 3, and the most important reason: Good God, this category is competitive.

If DiCaprio fails to win or get nominated for an Academy Award this year, the most relevant explanation for that “loss” comes down to this: There’s simply an abundance of great lead male acting this year. Dern and Redford have already been mentioned; add to the mix potential contenders like Chiwetel Ejiofor, Matthew McConaughey, Joaquin Phoenix, Oscar Isaac, Christian Bale, and Tom Hanks, and it’s pretty obvious that some highly deserving performances are going to get cast aside out of necessity.

DiCaprio may have done the best work of his career so far in The Wolf Of Wall Street, but winning an Oscar is about luck and the voters’ whims as much as it is about quality. That’s why there’s such a long list of beloved, incredible actors—Cary Grant, Peter O’Toole, Albert Finney, Johnny Depp, Gary Oldman, and on and on—who don’t have one. For now, I suspect DiCaprio will remain on that list. But don’t feel too bad. Whether he joins the Oscar winners’ circle or not, he’ll remain in respectable company. And that’s more than can be said for his fascinating, deplorable wolf of Wall Street.