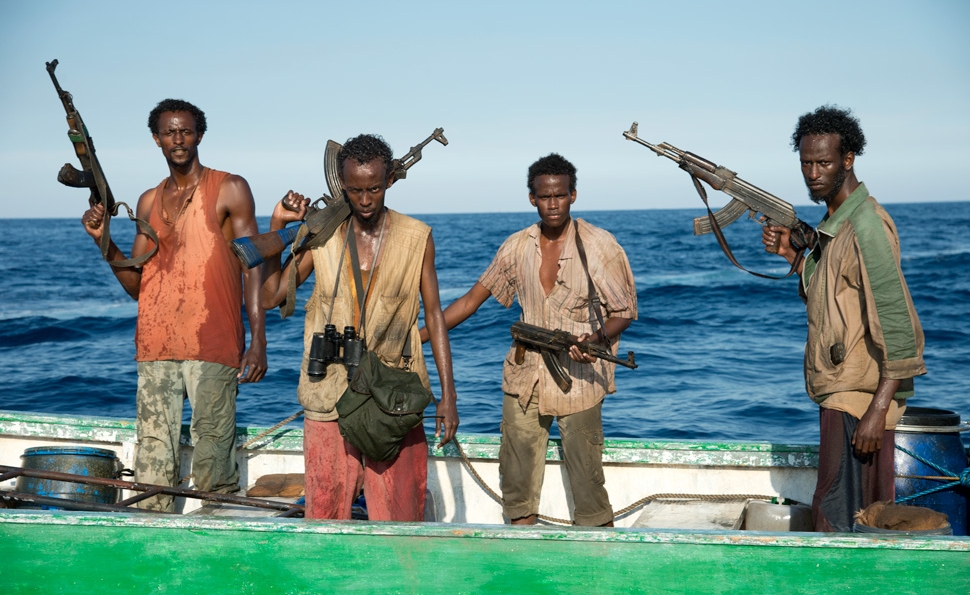 Crowd response, Captain Phillips, and the challenge of moral complexity

A couple of weeks ago, I attended an industry screening for Captain Phillips, the Paul Greengrass thriller based on the 2009 incident in which Somali pirates hijacked a U.S. cargo ship captained by Richard Phillips (Tom Hanks), who was taken captive. Greengrass draws on the taut immediacy he put into United 93, and the gift for suspense sequences evident in his Jason Bourne films; he’s delivered another gripping, unrelenting film. I wasn’t the only one in the theater affected by Captain Phillips, but we weren’t all affected the same way, and our reactions were contradictory.

This was an invite-only screening that took place at the swanky Samuel Goldwyn Theatre for the Academy Of Motion Picture Arts And Sciences, the people who vote for the Oscars. It was a typical audience for awards season, filled with journalists, critics, Academy members, industry professionals, and the film’s cast and crew. But as Captain Phillips reached its climax, there seemed to be a growing bloodlust among some seated nearby who wanted to see violent retribution come to the small band of Somali pirates who were tormenting Phillips. (These particular audience members kept making excited, expectant noises each time Greengrass cut to the Navy ships homing in on Phillips’ location.) When the pirates were eventually killed at the conclusion of an impressively tense sequence, these audience members applauded and cheered, like it was the end of a sports movie.

“We’ve had a lot of very good films in the last decade that have looked at issues of national security and terrorism, but I wanted this film to look at a broader conflict in our world—the conflict between the haves and the have-nots,” says Greengrass. “The confrontation between Phillips, who is part of the stream of the global economy, and the pirates, who are not, felt fresh and new and forward-looking to me. The stand-off between Phillips and Muse is a thrilling high-seas siege, but one that speaks to the larger forces shaping the world today.” Greengrass continues, “I’ve always felt that a story should be told in a way that is compelling and thrilling, but also thought-provoking.”

Whether that political commentary works is another matter, but it’s hard to miss. The film asks us to understand what drove Muse and his men to do something so desperate and violent, endangering their lives as well as the Americans’. But that moral complexity seemed lost on some of the people around me—for them, it was a simple case of the good guys defeating the bad guys.

This isn’t the first time I’ve witnessed the disconnect between intention and response. Last year, I attended an early SAG screening of Zero Dark Thirty, and as the credits rolled, after the Navy SEALs killed Osama bin Laden, some audience members let out a rollicking cheer. Again, Kathryn Bigelow’s film doesn’t invite that kind of reaction. In her campaign to defend the movie against those who accused her of endorsing torture, Bigelow told Time, “I think that it’s a deeply moral movie that questions the use of force. It questions what was done in the name of finding bin Laden.” Audiences can debate Zero Dark Thirty’s handling of torture, but the film’s conclusion clearly invites a nuanced response—echoed by the lost, ambiguous look on Jessica Chastain’s face at the film’s end—that considers the emotional and moral toll of the years of anguish and single-minded purpose that went into that operation.

On the other hand, maybe the problem stems from Captain Phillips and Zero Dark Thirty, despite their many strengths, wanting to have it both ways, offering moral ambiguity that’s nonetheless presented in the form of traditional thrillers that deliver a promised payoff. With Zero Dark Thirty, we go in knowing that Osama bin Laden gets his in the end. In Captain Phillips, the Somali pirates’ fate is guaranteed before the lights go down. (And if audiences are anxious about Phillips’ outcome, Sony has been carting the real-life Phillips out to do promotional rounds. It’s a way to put a human face on a hard-to-believe true story, but it also assures us that nothing bad will happen to our beloved Tom Hanks.) Working in a stripped-down, docudrama-like style that favors realism above all else, Captain Phillips and Zero Dark Thirty eschew traditional heroics for a detail-oriented look at, respectively, how Phillips’ capture and rescue transpired, and how the U.S. government spent 10 years tracking bin Laden. These movies aren’t about consistent thrills; they compel an audience to be immersed in the messy, imprecise business of real life, with its false starts, dead ends, and lucky breaks. Consequently, these films demand more of viewers, delaying the gratification. 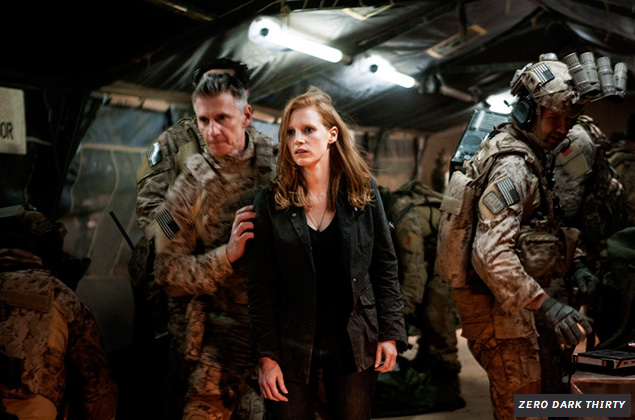 To many viewers, that delay lets these filmmakers make their thematic points. In Zero Dark Thirty, the waiting highlights the arduous uncertainty that plagued Chastain’s Maya as she lost years of her life in a quest to find a man who might go unpunished for his crimes against America. In Captain Phillips, Greengrass keys in on the minute-by-minute circumstances that eventually led to Phillips’ rescue, an event that seems unlikely at different times in the film. But for moviegoers, who are trained to expect catharsis—especially from thrillers based on true stories with happy endings—that thematic groundwork may be merely part of the anxiety-inducing buildup that will be gladly forgotten once Phillips is saved or bin Laden killed. Hence the cheering: It’s possible in both instances these audience members intellectually understood what the movie was saying about economic disparity or vengeance’s slippery slope, but they didn’t care. They were just glad they finally got their money’s worth.

I can’t pretend I don’t understand the sentiment. When Saving Private Ryan hit theaters in summer 1998, I caught myself wanting to react to Captain Miller (Hanks again) getting his hard-earned victory over the Germans near the film’s conclusion. For two and a half hours, I had been absorbed by Steven Spielberg’s unblinking, somber look at war, but when this small moment of triumph arrived, I felt the urge to cling to it like a life raft. I recognized and appreciated the film’s message, and yet the instinct to cheer remained—partly out of habit, and partly because it felt like a relief from the prolonged buildup that preceded it.

This isn’t an accident. It also explains why studios green-light such films. Putting aside the fact that they’re well-told stories made by talented directors, Captain Phillips and Zero Dark Thirty are marketable commodities. For of Zero Dark Thirty’s troubling implications, it can be easily sold as a nifty action-thriller. Captain Phillips doesn’t just have Hanks’ star power; the audience is probably familiar with the true story, knows that the scary pirates don’t win the day, and will therefore be willing to go to a movie advertised as a taut thriller. (Even Greengrass’ press release makes sure to mention that Captain Phillips is “a thrilling high-seas siege.” And note that Captain Phillips’ poster mentions it’s “from the director of The Bourne Ultimatum.” Tying the film to United 93 might align it in audiences’ mind with a grueling experience they probably don’t want to relive.) It’s harder to sell nuance in a trailer, so studios (in both cases, Sony) draw in viewers with the promise of a tense ride that ends well. If that’s how audiences are marketed to, why shouldn’t they expect that that’s the movie they’ll get? Any thematic undercurrents beyond that are merely superfluous—there if you want them, but not part of the reason you bought a ticket.

There’s no conspiracy here. The people who responded—from my perspective—simplistically to the conclusion of Captain Phillips and Zero Dark Thirty were reacting in the moment, unguarded. It would be incorrect to label that behavior as wrong; instead, it would be better to keep in mind that such responses illustrate a never-ending tension between artist and audience. Many films attempt to use forms we’re familiar with to experiment and ask questions we don’t usually see in those forms. But the audience can be so slavish in accepting those forms that we occasionally miss or ignore the larger point. Audiences like what they like, but the best films push the boundaries of those tastes rather than trying to satisfy them. Hearing a few people—a loud minority—reacting boisterously isn’t an indication that we’re uninterested in being challenged. Rather than lamenting the handful of individuals who whooped during these movies, maybe we should focus on the many, many more who were on these filmmakers’ wavelength.