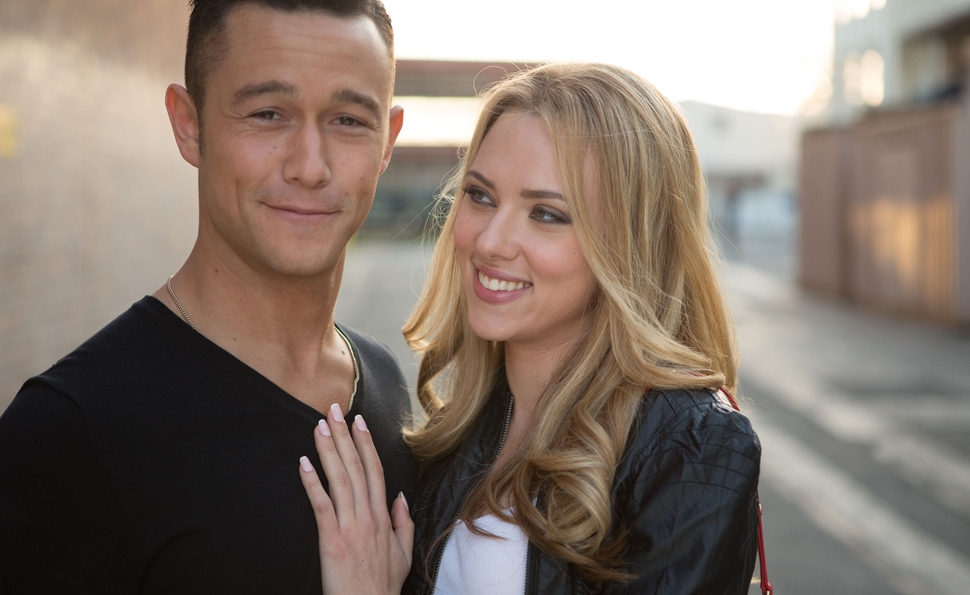 When films about respecting women lose track of their women

A similar, though less central and less clearly expressed, thread runs through the other film about sex addiction that’s currently in theaters: Thanks For Sharing, a many-threaded dramedy about three men (played by Mark Ruffalo, Tim Robbins, and Josh Gad) in a sex-addition support group, navigating the usual choppy waters of resolutions and relapses. While both films address the issue differently, and with varying levels of sensitivity, humor, and nuance, both come down to the idea that one-way relationships aren’t satisfying, and that two-way relationships aren’t possible unless both partners respect each other. Which is why it’s odd that both films wind up ignoring and underdeveloping key female characters—essentially failing to respect them, while focusing on the people who are trying to learn to stop focusing solely on themselves.

Thanks For Sharing, meanwhile, is intelligent and complicated as it lays out different subplots charting characters in different, widely spread stages of sex-addiction recovery, from the young twerp in denial to the old vet who feels he’s earned the right to look down on everyone who hasn’t yet proved themselves to his satisfaction. Stuck in the middle of those poles is Ruffalo as Adam, the film’s most central character, who’s successfully fought his addiction for five years, and is tentatively attempting a relationship with Phoebe (Gwyneth Paltrow).

The funny thing about seeing the two films in close succession is that they take directly opposing tacks with these central relationships, en route to their final messages. (Spoilers ahead.) Adam’s relationship with Phoebe is sustaining, fulfilling, and promising. It’s the relationship he thought his addiction would make impossible. But a singularly bad choice on his part puts it under pressure—a choice the film portrays as understandable, but still potentially unforgiveable—and he seeks solace in a meaningless fling with near-stranger and past sexual partner Becky (Emily Meade). By contrast, Don Jon depicts Jon’s relationship with Barbara as comically demeaning to him. He thinks he’s in his first real adult relationship, but she infantilizes him. He thinks they’re in mutual, respectful love, but she has a strict agenda, and she issues his marching orders while dry-humping him, literally exchanging his orgasm for his acquiescence to her every demand. When that relationship hits a trouble spot, it’s also because of a singularly bad choice on his part, but the film is more sympathetic to him. And when he also seeks solace with someone else—in this case, his older classmate Esther (Julianne Moore)—Don Jon turns that relationship into the meaningful one that redefines his life.

The major problem with both films is in how they handle their final acts, and particularly in how they handle these second relationships. While both films preach the gospel of giving, of paying attention to partners, and of seeing women as people instead of empty receptacles, both entirely abandon that idea at the end in order to focus on the male protagonists, and both Esther and Becky wind up exasperatingly empty as a result.

In Don Jon, at least, the approach seems to be conscious. Jon learns early on that Esther is a woman with a past, but he’s entirely uninterested in exploring it. Even when their relationship turns deeper, and he learns through her what love actually looks like, he barely cares about her past, and he’s content when she sums up the tragedies of her life in a few short lines. The film mines all its messages from the idea of reciprocity, but while it delves deeply into his history and his inner life, it never reciprocates by showing an interest in hers.

In a way, that storytelling tack feels like a deliberate reversal of women-centric romantic comedies, which often take the same lack of interest in the blandly idealized men that serve as prizes for female protagonists; in a story like How Stella Got Her Groove Back, no one spends much time pondering the complexities of the man she uses to get that groove going. Toward the end, Don Jon feels like the companion spinoff of a film like Chocolat, one that actually bothers to explore where that mysterious, sexually enthusiastic stranger came from, en route to livening up the life of a woman who didn’t know what she needed until he came along. Still, Esther’s narrative flatness undermines the film’s message, particularly given her deep, devoted interest in helping Jon see the world in a more nuanced light. She’s a white version of the Magical Negro, a grown-up version of the Magic Pixie Dream Girl: a gift from the screenwriter to the character, existing largely to disburse life lessons, with no corresponding needs of her own.

Thanks For Sharing is far more aggressive and far less justified in its final key relationship. (Again, major spoilers ahead.) The film isn’t foolish about women in general—Paltrow’s Phoebe has her own clear set of agendas and interests, and Alecia “Pink” Moore as a recovering sex and narcotics addict is a warm and welcome presence who makes the most of a relatively small part. But the film curdles utterly in the manufactured climax, as Adam attempts to take Becky to bed and she abruptly launches into a mildly unsettling, then deeply creepy daddy-fetish scene. Unnerved by her vehemence, Adam recoils, and she starts shrieking at him, demanding that he hit her. When he pushes her away, she collapses into shamed hysterics, then locks herself in his bathroom and attempts suicide. Adam gets help in time to save her—whereupon the film discards her, and returns to focusing on him and his problems, which at that point have suddenly started to seem awfully petty by comparison.

The issue there isn’t that Thanks For Sharing doesn’t respect a minor character in the same way it respects its star; it’s the way it uses a deeply damaged woman solely as a plot device to punish Adam. Her issues are clearly larger than his, and she’s in a much more emotional and vulnerable crisis state, but the narrative doesn’t care about her at all—she exists only to suggest one item on the lengthy menu of bad things that might happen in a sex addict’s many ill-considered encounters. She’s a moral lesson, not a character. Which might have worked if the sequence had a much lighter touch, or focused more on Adam’s issues than Becky’s—or, frankly, if Meade weren’t so mesmerizing and frightening in portraying Becky’s breakdown. But inventing such an intense moment solely to scold a male character and up his personal-drama quotient smacks of a women-in-refrigerators moment. It’s seeing a woman’s life-changing trauma only in terms of what witnessing it does to a man.

In both cases, though, the real shame is that the films start so promisingly, expressing such concern for women as people, then don’t follow through on their own convictions. A quick look over the last few months of film releases suggests that more and more filmmakers are trying to wedge strong women into their films, but that doesn’t mean they know what to do with them once they’re there. In The Atlantic, Noah Berlatsky recently laid out the problem with The Spectacular Now, which pays close attention to the little-seen stereotype of the geek girl via Aimee (Shailene Woodley’s character), then loses interest in her in order to wallow in her boyfriend’s drama. Riddick spends a significant chunk of its second act establishing Katee Sackhoff’s military thugette Dahl as an impressively tough, take-no-prisoners kind of woman, capable of beating down most of the men around her, but it rarely gives her anything to do, except offer herself to the crude eponymous hero at the end. Elysium takes time to establish female lead Frey (Alice Braga) as an altruistic doctor who pulled herself out of the extreme privation of a slum orphanage and now takes care of her own people and her dying daughter, but it almost immediately turns her into a typical action-movie victim, ready to spend the rest of the movie undergoing rape threats and death threats in order to motivate the hero. It’s bad enough when only a small fraction of major-release films pass the Bechdel Test, with two female characters speaking together about something other than a man. It’s worse when films try to create meaningful arcs around their female characters and can’t find anything meaningful for them to say at all.

Neither Don Jon nor Thanks For Sharing falls that far into the abyss; both just start so strong that it’s disappointing when they falter, and both carry such a positive message that it’s puzzling to see them lose track of it in the middle of their narrative needs. At least they both have their hearts in the right places. But a moral lesson is always more convincing when it’s communicated through action rather than just words. Both films could stand to put their philosophies into practice, not just at the starting bell, but all the way to the finish line.