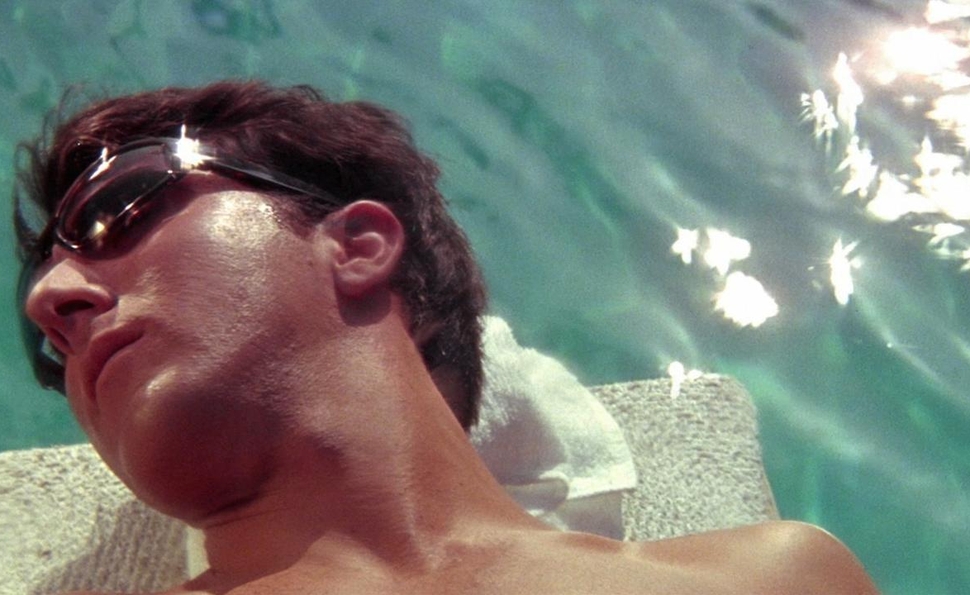 Alfonso Gomez-Rejon is 42, and directorial success for him has been a long time coming. After completing grad school at the AFI Conservatory (a famed incubator for burgeoning filmmakers, including Amy Heckerling, Martin Brest, Darren Aronofsky, David Lynch, Terrence Malick, and Entourage mastermind Doug Ellin), Gomez-Rejon found work as a production assistant on independent films, eventually landing on the set of Casino. From there, Martin Scorsese introduced him to what Gomez-Rejon calls his “future mentors.”

Working as an assistant for Nora Ephron, Thelma Schoonmaker, Michael Mann, and Alejandro Gonzalez Iñarritu, the Texas-born filmmaker continued chipping away in the background. His patience and persistence eventually paid off. By 2006, he was hired as a second-unit director on Babel, which dovetailed into opportunities on State Of Play, Eat Pray Love, and Argo, among others. 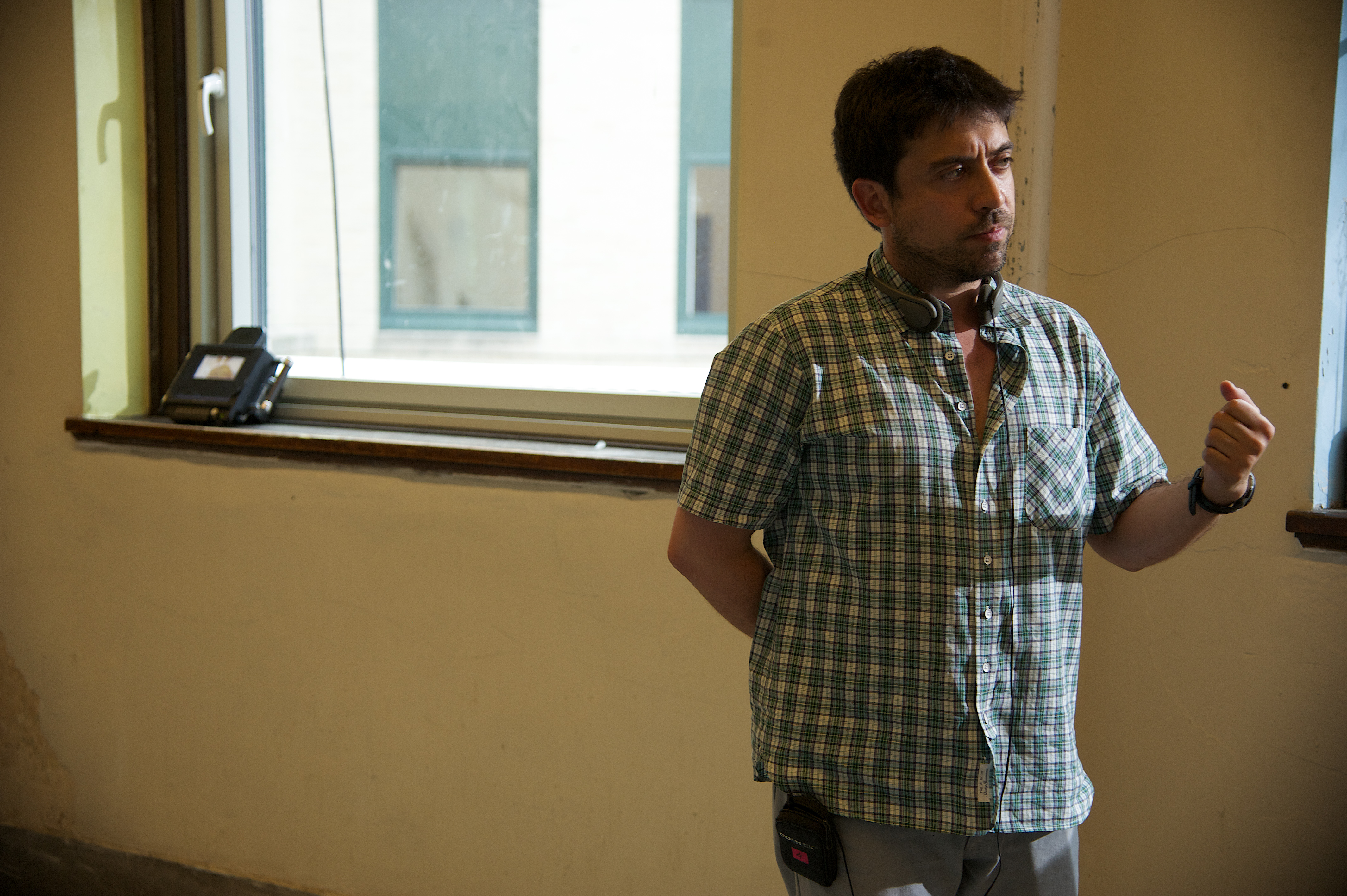 Now, after 20-plus years of assisting others and working in TV (primarily directing episodes of Glee and American Horror Story), Gomez-Rejon is helming his own films: He made his feature debut with 2014’s horror semi-sequel The Town That Dreaded Sundown (coming to home video in July 2015), and now he’s following up with Me, Earl, And The Dying Girl. Adapted from Jesse Andrews’ novel of the same name, with Andrews scripting, the film was a sensation at the 2015 Sundance Film Festival. Gomez-Rejon’s sophomore feature is a coming-of-age story about Criterion Collection-crazed high-schoolers Greg and Earl (Thomas Mann and RJ Cyler) who befriend ailing classmate Rachel (Olivia Cooke) and begin making a movie about her. In conversation, Gomez-Rejon likens his forsaken protagonist to Dustin Hoffman’s Ben Braddock from The Graduate, an instrumental film in Gomez-Rejon’s artistic development.

The Dissolve: How would you describe The Graduate to someone who’s about to watch it for the first time?

Alfonso Gomez-Rejon: The Graduate changed American popular culture in a way only a handful of movies have. Mike Nichols’ artistic inventiveness and imagination ignited and transformed my own personal creativity. It helped me cope with the angst of my own adolescence and helped initiate me into adulthood, which can be such a frustrating yet fascinating time in life. But maybe that’s all a bit too academic. Really, I was in 7th or 8th grade when I rented it at the new Video Hut down the street. This was the beginning of the VHS revolution, and how I discovered the films of the 1970s. I was wandering in my own personal void. It helped me learn to laugh at myself, teaching me to filter the absurdity of life with humor. Like Mean Streets, The Graduate stoked my first creative impulse. I found all of it so intoxicating and irresistible. I never knew movies could do that. The Mike Nichols/Buck Henry/Calder Willingham/Robert Surtees/Richard Sylbert collaboration made me want to make movies and be a part of that process.

The Dissolve: What did you know about the film before seeing it?

Gomez-Rejon: I don’t remember knowing anything about the content of the movie. Although I’m sure my friends’ parents or older siblings used all the iconic lines around me (that would go over my head): “Plastics.” “Mrs. Robinson, you’re trying to seduce me. Aren’t you?” “Good evening, Mr. Gladstone.”

The Dissolve: What immediately struck you about the film the first time you watched it?

Gomez-Rejon: The look and the sound was one I’d never seen before. Simon & Garfunkel, obviously. The relationship between Anne Bancroft and Dustin Hoffman was something I’d never seen before on film, and how awkward and uncomfortable that was. But also the feel of the movie. Within the first five seconds, I was within a world I’d never experienced before.

The Dissolve: How do you see this film as a companion piece and influence on Me And Earl And The Dying Girl?

Gomez-Rejon: Ben Braddock and Greg are both emotionally isolated from their worlds. They are lost souls wandering this lonely desert landscape when we first meet them. They both seem unable to articulate their isolation and loneliness on their own. Yet they both find the love and admiration of strong women who lead them out of that desert into self-awareness and some kind of emotional freedom and catharsis.

Greg can’t face up to his own emotions and feelings of insecurity and inadequacy, just as Ben can’t face up to his own future. But they do eventually get where they need to be. Ben racing back and forth across the California highways in his Alfa Romeo, searching/finding Elaine. Greg riding in his prom limo to surprise Rachel with his new movie. Also, Dustin Hoffman/Thomas Mann play Ben/Greg with such wonderful laconic sweetness. We fall madly in love with them and hopefully want to watch their performances over and over.

From the moment The Graduate opens at LAX, we literally see the world through Ben’s eyes. And we see Ben is a beautifully strange young man, lost in his own thoughts. Then almost immediately, he’s forced into this hilarious comedic crisis with Mrs. Robinson. And what’s so great about Mike Nichols is that the comedy isn’t forced or contrived. Nichols knew that deep down in the writing lurked this great vitality waiting to be mined by the actors. So he lets Dustin Hoffman and Anne Bancroft and all the actors tease out these moments, and lets the characters find each other as an ensemble. Then more mini-crises continue to play out, and the actors continue to find even more comedic truths as that initial situation with Mrs. Robinson compounds itself. It’s only after all that happens that Nichols moves in with his camera and captures all that magic. That’s what I learned from Mike Nichols making The Graduate. The whole filmmaking process is about ensemble and discovery.

In the same way, Greg is lost in his own world of loneliness and self-loathing, but we fall in love with his strangeness and quirkiness and profound honesty. Then he’s forced to socialize with Rachel against his will. A similar comedic crisis ensues. Jessie’s impeccable script captured the same kind of strange vitality, so Thomas and Olivia and the cast/crew could drill down and find those magical moments together for the camera.

The Dissolve: You seem drawn to outsider characters. Why? How has it affected your approach to making movies and experiencing life?

Gomez-Rejon: I grew up in a border town that felt removed from the larger world. So when I left home and moved to New York at 17, I quickly discovered I was incredibly naïve, and as unhip as a kid could possibly be. But I desperately longed to be part of those who lived creative, interesting lives. That were loud and type-A, dressed right, could grow and manicure their facial hair, pull off leather jackets, etc. But then I started making films at NYU and showing them in class. And theirs weren’t very good. Mine were better. Then people started talking to me—specifically girls, foreign ones. You slowly learn to start to love being yourself. And maybe that’s the process. Facing the humiliation of being an outsider, then finally embracing and loving it. In short, I think everyone on the planet feels like an outsider at some point in their lives, so they are very compelling stories to tell.

The Dissolve: You’ve said you saw The Graduate “a dozen times on VHS.” What did you notice upon repeated viewing?

Gomez-Rejon: The first few times I watched The Graduate, I focused solely on Ben’s character. Because he was in the same place as me at that time. Then I studied the craft. The filmmaking. The zooms. The lack of conventional coverage. The vibrant color and sometimes starkness of Sylbert’s production design. Then in my 20s and 30s, after experiencing a little more life, the whole canvas of the film really opened up to me. I began to see Ben through the lens of his parents. How you want your children to grow up and lead responsible lives. It made me mad to see Ben slacking out, drinking beer and floating in the pool. And after a few more slings and arrows, I really became obsessed with Mrs. Robinson. This frail, lonely alcoholic. In the same way, my heart breaks for her now. The anguish of her failed marriage. Really, the anguish of a failed life, you might say. Since Murray Hamilton knocked her up and she had to drop out of college and give up her pursuit of art, which was her major.

Back in the day, I objectified her as this bitch-goddess. But today, I want to meet her at the Taft Hotel. I want to throw back a few drinks with her. Take her up to my room. Maybe talk through this stage of fortysomething life I’m experiencing right now. Because I’m fairly certain her life went off the rails after the movie.

So the movie has really helped me evaluate my own life experience through each of the characters as I make my way decade by decade, because it has all these different layers. The Graduate, like every Scorsese movie, is like a great friend that grows old with you. That’s the power of Mike Nichols.

The Dissolve: What makes The Graduate compulsory viewing?

Gomez-Rejon: I recently watched Angels In America for the fourth time in 10 years. The ambition. The spectacle. The invention. The imagination. He took Tony Kushner’s great American epic and delivered dramatic shock and awe writ as large as it could be possibly written. Without The Graduate, I don’t think we would have Mike Nichols.

As a storyteller, through his films, he showed me how to trust my personal muse. He taught me to not be afraid to follow that muse. To let my imagination run free. To improvise and tease out all the creative possibilities. And he made this comedic masterpiece his first shot out of the box.

Without Mike Nichols, Nora Ephron might have never become a director. He directed two of her screenplays, and eventually became her filmmaking mentor. Which would mean I might have never become a director—after I worked as her assistant, Nora forced Paramount Pictures to hire me as her second-unit director, which got me into the guild as a director, and started me on my path to eventually making my own films. So thank you, Mike Nichols, for making The Graduate.