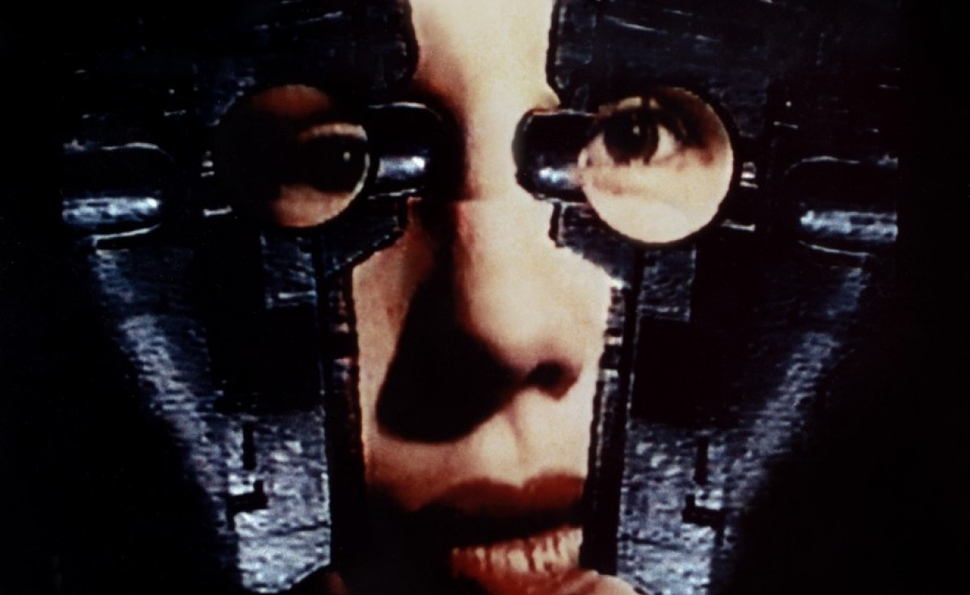 Fittingly enough for a filmmaker preoccupied by the perplexities of time travel, Chris Marker made a habit—an entire career, really—out of beating the rest of global film culture to the punch. The innovations of the likes of 1962’s “La Jetée,” which nodded to Hitchcock while laying the template for The Terminator, and 1977’s A Grin Without A Cat, a landmark in the development of the essay-film format, are well known, but even a comparatively obscure Marker title like 1997’s Level Five—receiving its belated North American theatrical première as part of a BAMcinematek series on the late French director—now looks like a game-changer. Shot on video and featuring a scenario in which an isolated protagonist gets intimate with a computer program, Marker’s film effortlessly anticipated the aesthetic and thematic shifts of 21st-century cinema, even as it addressed the history and legacy of the 20th.

Although Level Five doesn’t pre-date the invention of the Internet, it looks positively visionary next to other 1990s movies featuring characters trapped in the World Wide Web. Or, as Marker calls it, the “Optional World Link,” a.k.a. OWL, a linguistic joke that nods to the director’s beloved nocturnal birds of prey while also joking about the inherent wisdom of global telecommunication. Level Five takes place in a world where everybody is connected, but its heroine is an isolate: Laura (Catherine Belkhodja), a programmer attempting to finish her late boyfriend’s videogame, which is based on the Battle Of Okinawa. From her lonely virtual cocoon—her only company is a proto-webcam that functions as a confessional—Catherine attempts to rewrite a nation’s fatal history using military strategies grounded in hindsight, a suggestive metaphor for the ideological luxuries of living in the present tense.

Like so many of Marker’s productions, Level Five defies easy categorization: Its setup skirts science fiction, but its followthrough is largely documentary and/or essayistic, reconstructing the real Battle Of Okinawa through archival footage and interviews (including one with the great Japanese filmmaker Nagisa Ôshima) alongside Catherine’s reflections on her own history with her lover. The result is a work that’s simultaneously dauntingly diffuse—Marker resurrects the digressive intellectualism of his 1982 film Sans Soleil through Catherine’s monologues—and grimly concrete, as in the reminiscences of civilian casualties and the resulting air of resignation and defeat that suffocated Japanese society in the aftermath of World War II.

Level Five doesn’t achieve the poetic heights of Sans Soleil, but that might be because its project is more desultory; where the earlier work merely hints at the difficulty of looking at history without a filter, this sister film all but gives up the ghost. Laura’s despair at trying (and failing) to reconnect with her lover through his electronic leavings rhymes with her inability to satisfactorily reconstruct the past, even with all her OWL-derived information. Definitively cut off from the objects of her affection and study, she retreats deeply into herself, culminating in a final sequence where the shrinkage of her personal universe is represented, subtly and brilliantly, by a gradually constricting onscreen space. At the end of Level Five, Laura seems to disappear into the ether, only to reemerge in a virtual space. The final image of a forlorn login screen might function as a memo to Spike Jonze and Her: Chris Marker Was Here.