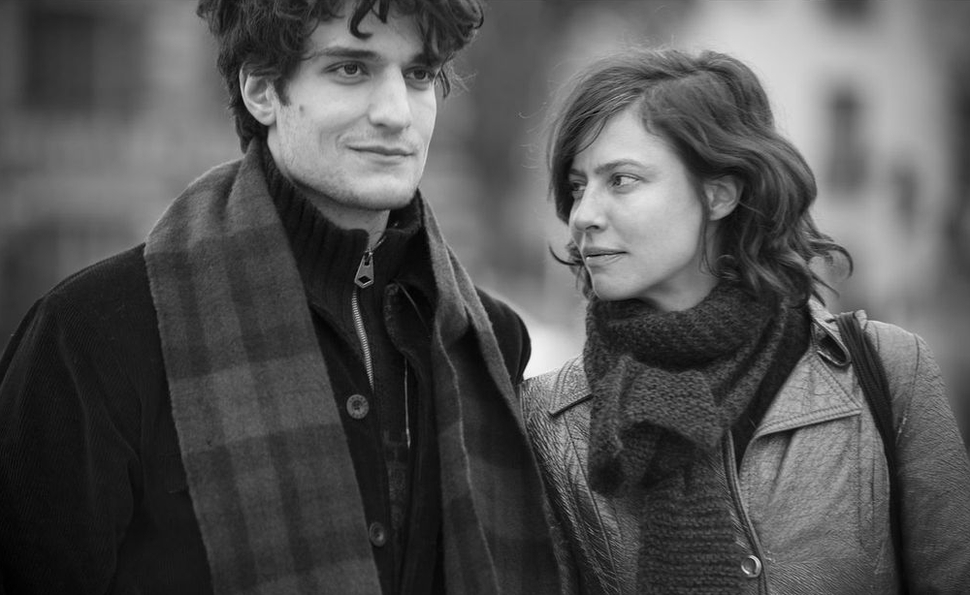 Oddly enough, jealousy plays a relatively minor role in Jealousy, the latest film from eminent French director Philippe Garrel (Regular Lovers, Frontier Of Dawn). The opening scene sees Louis (Louis Garrel, Philippe’s son) walk out on his wife, Clothilde (Rebecca Convenant), as their 8-year-old daughter, Charlotte (Olga Milshtein), watches from the shadows. That relationship never resumes, however, and while Clothilde does pump Charlotte for information about daddy’s new girlfriend, she’s rarely seen thereafter; her feelings for Louis, whatever they may be, don’t carry much dramatic weight. The bulk of the movie focuses on Louis’ tempestuous affair with Claudia (Anna Mouglalis), who starts out somewhat clingy and insecure, then gradually pulls away. Claudia cheats on Louis—pretty regularly, it’s implied—and Louis occasionally lets another woman kiss him passionately or give him her phone number, but both appear to be unaware of the other’s indiscretions until near the end of the film. If anything, Claudia is more jealous of Louis’ relative success as an actor, as she hasn’t landed a role in ages.

Though the younger Garrel’s character shares his name, it’s significant that he’s a stage actor rather than a movie star. So was Maurice Garrel, father of Philippe and grandfather of Louis, whose decision to leave Philippe’s mother inspired this deeply autobiographical portrait of inconstancy. Technically, this means Philippe is represented onscreen by the little girl, played by Milshtein with a refreshing lack of angst; Charlotte seems much more amused than traumatized by her parents’ separation, and even congratulates her father when he flirts with a single mom at the movies: “You’re onto a winner there!” (Only in France.) Mostly, though, Philippe seems to be doing his best to understand his own father, and to accurately depict the sort of self-destructive whirlwind romance that tends to break up a marriage before quickly imploding. He’s considerably less generous to Claudia, who often comes across as a creature of pure impulse with little regard for other people’s feelings. Whether that’s residual anger toward the woman who stole Dad away, or just a general inability to empathize with female characters (the women in Garrel’s recent films all tend to be mercurial, to put it mildly), the imbalance is unfortunate.

All the same, there are many pleasures in Jealousy, which runs a brisk 77 minutes and trades more in wispy, glancing observations than in melodramatic confrontations. Louis Garrel, who can be a stiff, inexpressive actor, loosens up a bit in the presence of a child; the film’s father-daughter scenes are invariably warm and winning, without crossing the line into cutesiness. He allows himself a credibly human reaction, too, when Claudia bluntly informs Louis-the-character (damn, this gets confusing) that she’s throwing him aside for someone else—rather than just staring glumly into space, as he has in many previous films, he actually does a gobsmacked double-take after she leaves, then proceeds to pace back and forth between two rooms for a solid minute, desperate to act, but with no course of action available. Garrel père shot the film in 35mm black and white, working with legendary cinematographer Willy Kurant (Masculin Féminin, Under The Sun Of Satan, Pootie Tang), and the silvery shimmer lends a nostalgic flavor to this nominally contemporary tale. There isn’t much to it, really, but a little truth and loveliness is always welcome.