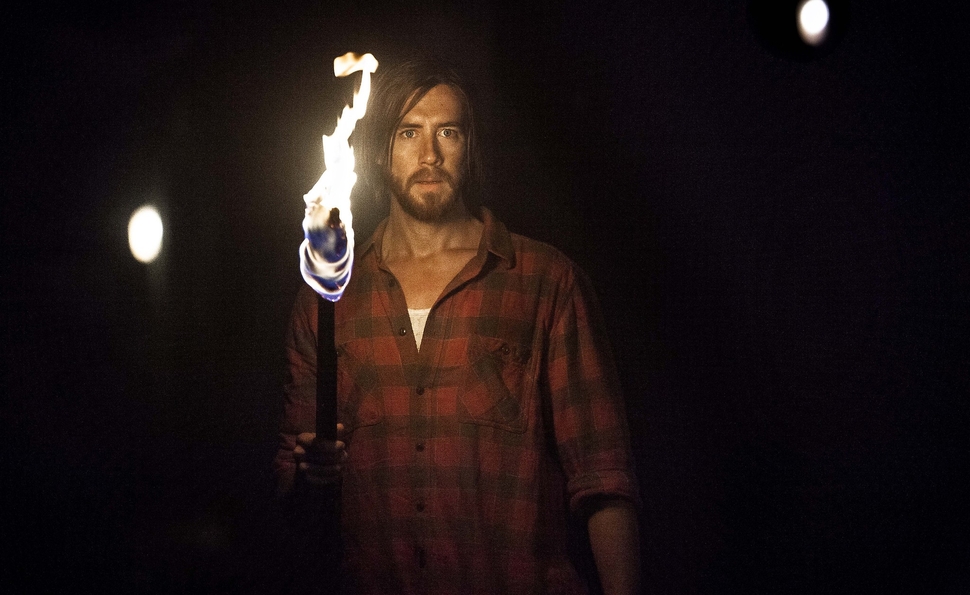 In the wake of Steven Spielberg’s Raiders Of The Lost Ark, B-movie producers tried hard to cash in with off-brand adventures like King Solomon’s Mines, Jungle Raiders, and The Further Adventures Of Tennessee Buck. But while these films labored to reproduce the spirit of Spielberg’s homage to 1950s matinee serials, they could in no way be described as Spielbergian in approach. If the Norwegian thriller Ragnarok had been released 30 years ago, it would have been in the class of the Raiders knock-offs: It’s an attractive low-budget production that adds that secondhand Spielberg touch to its stock premise of a questing archaeologist. Yet the intervening decades have yielded so many other disciples that a skilled imitation like Ragnarok now seems like a generic time-waster, making all the right moves without adding any new ones. Even imitations should have their own flavor.

Exploring a piece of Norse mythology that lately became John Hodgman’s favored prophecy of apocalyptic doom, Ragnarok gets an early charge from a scraggly archaeologist who’s eager to expand the boundaries of a museum grant. Among the many artifacts found around the 1,000-year-old Oseberg Viking ship, Sigurd (Pål Sverre Hagen) discovers a rune that teases a larger mystery. When his buddy Allan (Nicolai Cleve Broch) unearths a stone that affirms his suspicions, Sigurd and Allan, along with Sigurd’s two children (Maria Annette Tanderø and Julian Podolski), travel to Finnmark, the northernmost part of Norway.  Joining fellow archaeologist Elisabeth (Sofia Helin) and a mercenary guide (Bjørn Sundquist) who knows the territory, the group travels to a little-explored border between Norway and Russia, and uses the stone to find their way to presumed Viking treasure. What they find instead is history coming to terrifying life.

Set against spectacular mountains, lakes, and islands in the land of the midnight sun, Ragnarok combines the appeal of the X-marks-the-spot treasure hunt with the shocks of a B-movie creature feature. The early section has the thrill of discovery, as Sigurd and Allan treat a century-old mystery with five-alarm urgency, no doubt believing that they, too, can be like Indiana Jones. And much of the action in Finnmark has an old-fashioned cliffhanger appeal, too, like a sequence where the gang has to cross dangerous waters through a crudely improvised zip-line. When the supernatural whatchamacallit appears, it’s of a newer CGI vintage, but director Mikkel Brænne Sandemose and his digital artisans have no shame in evoking the biggest, tackiest monsters of yesteryear, even though they don’t do it with stop-motion or rubber suits.

All in all, Ragnarok sounds like a great time, a conscious and technically proficient throwback to Raiders and the adventures that inspired it. But there’s a by-the-numbers quality to it that doesn’t figure into more effective feature-length Spielberg homages like Bong Joon-ho’s The Host or J.J. Abrams’ Super 8. Sandemose and his screenwriter, John Kåre Raake, press hard for a theme of broken families coming together, but sentiment doesn’t take them far, and they don’t have much of a Plan B. The best that could be said of Ragnarok is that it delivers the goods—nice scenery, crisp pacing, the requisite horror and suspense beats—but it needs something, anything, to give it some distinction. That secret remains elusive.