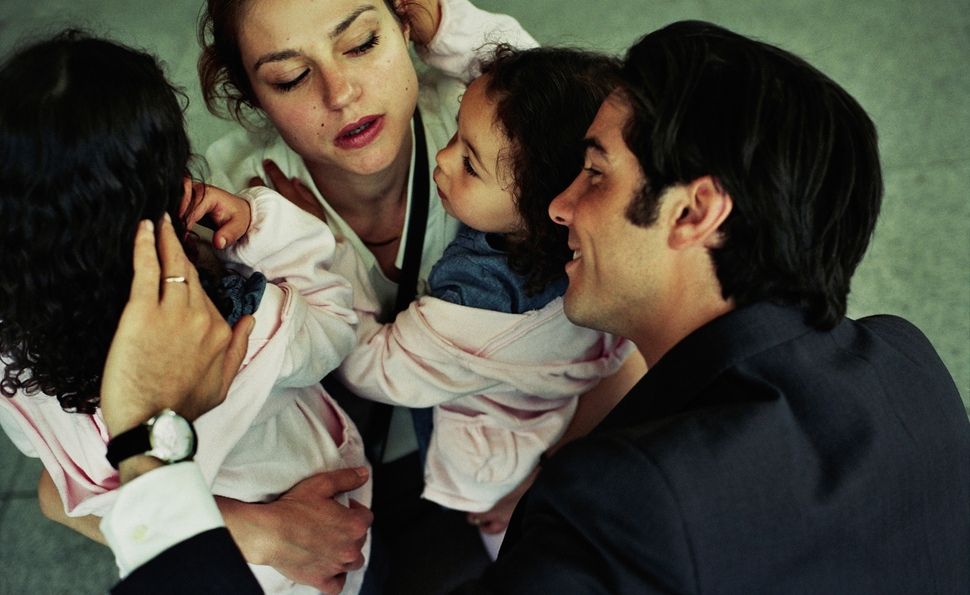 No crime is more incomprehensible than a mother who murders her own young, defenseless children. Thousands of years of evolution have programmed humans to perceive the maternal bond as an essentially unbreakable force; on the exceedingly rare occasions when it does break (as when Susan Smith drowned her two sons in 1995), severe mental illness is the only explanation that seems to make any sense. Our Children, inspired by a real-life incident that occurred in Belgium six years ago, boldly attempts the near-impossible, revealing more or less what happened at the outset, then flashing back to place viewers in the mother’s shoes over a period of years, in the hope that her eventual horrifying acts can to some degree be contextualized. The movie fails, but it’s like watching R.P. McMurphy try to lift that huge marble fixture in One Flew Over The Cuckoo’s Nest—at least they tried, goddammit.

If anything, Our Children suffers from being too scrupulously realistic. At no point does Murielle (Émilie Dequenne, best known for playing the title role in Rosetta) seem to be in a truly intolerable situation. Her initially idyllic marriage to Moroccan immigrant Mounir (A Prophet’s Tahar Rahim) gradually goes sour, as he becomes more controlling and less empathetic, but the guy doesn’t turn into a cartoon jerk. And it’s equally difficult to place the blame on the shoulders of Dr. Pinget (Niels Arestrup, also from A Prophet), Mounir’s ostensibly benevolent surrogate father, who lives with the couple and pays all of their bills. The doctor is manipulative and demanding, but not outrageously so; his presence creates an environment that seems much more stifling than toxic. Murielle’s despair accumulates so slowly and subtly that the movie is almost half over before it’s clearly moved out of the “calm before the storm” stage—without that brief prologue mentioning bodies and showing coffins, it would be hard to even recognize what the story is.

In theory, that sounds like an ideal approach, but Our Children never succeeds in putting viewers inside Murielle’s head. It could be done—another Belgian film, Chantal Akerman’s Jeanne Dielman, 23 Quai Du Commerce, 1080 Bruxelles, manages a similar feat by depicting tiny, incremental changes in the way its title character cooks, cleans, and even walks. (Dielman doesn’t kill her kids, but the basic idea of debilitating femininity leading to climactic violence is the same; both are essentially feminist works.) Dequenne, as clamped down here as she was feral in Rosetta, makes Murielle’s feelings of suffocation entirely credible, but director Joachim Lafosse hasn’t conceived a formal strategy that conveys more than garden-variety unhappiness. The sole exception is an extraordinary scene of Murielle driving alone while listening to some cheesy French pop song (with lyrics, sung by a man, that translate as “Women, I love you all”), during the course of which she goes from a cheery sing-along smile to great wracking sobs, all in a single shot. Our Children needs more heightened moments like that one; its emphasis on quotidian frustration, while admirable (and probably accurate), just doesn’t get across what ultimately made this woman snap.

The ending is the clincher. It’s no real surprise that the murders happen offscreen—a filmmaker would have to be borderline-suicidal to actually show a mother killing four adorable little kids, one at a time. (It was five kids in the actual incident, some of them much older than those depicted here. Otherwise, Lafosse and his co-writers stick pretty close to the facts.) All the same, and acknowledging that Our Children is a work of fiction, it’s impossible to imagine the fundamentally normal character in this movie, for all her evident anguish, doing what the real-life woman, Genevieve Lhermitte, reportedly did. (The details are too awful to relate; morbidly curious readers can Google them. The only hint here is Murielle stealing a big knife from a department store.) Depicted graphically rather than obliquely, the final scene would make it abundantly clear that mental disturbance played a larger role in what happened than patriarchal oppression. The film’s French-language title, À Perdre La Raison (which roughly translates as To Lose Your Mind), acknowledges as much, but the film itself remains stubbornly rational.