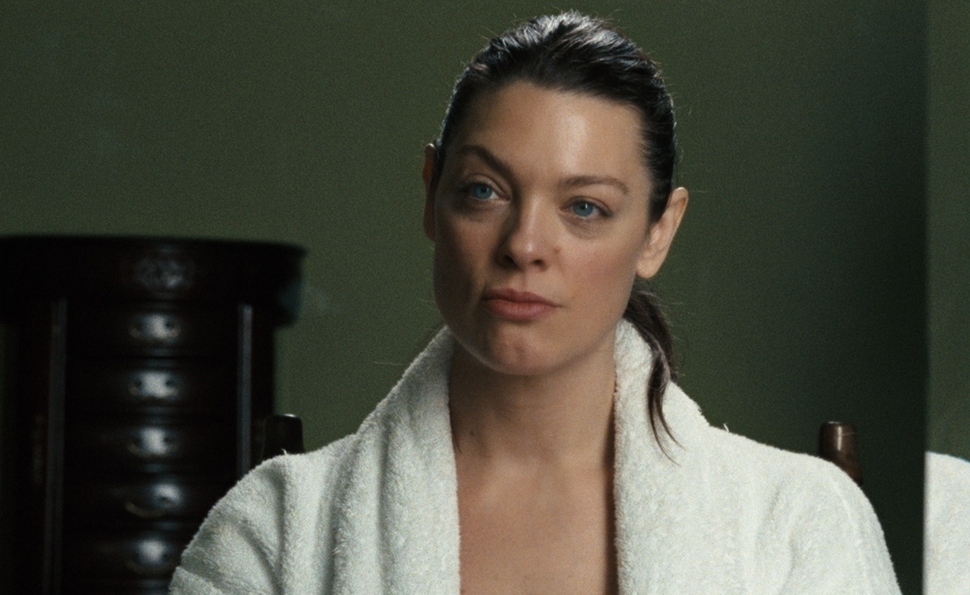 The worst films inspired by a tragedy can sometimes express the immediate horror and later fallout of the event in a way more accomplished art never could; bad films can inadvertently clarify the infinite gulf between our pain and our understanding. While it’s easy enough to trace the path toward 9/11 from a political perspective, America’s darkest day—like any catastrophe of that magnitude—remains shrouded in senselessness, and the generations of people directly affected by the attacks will continue to grasp for an adequate means of expressing their grief and bottling their catharsis. Films like Pieter Gaspersz’s staggeringly terrible After show just how far we still have to go.

Every good movie ever made, from Louis Malle’s …And The Pursuit Of Happiness to Jean Vigo’s short “Zéro De Conduite” all have one thing in common: Their title cards weren’t written in American Typewriter. Even Comic Sans, the pariah of typefaces, has been claimed by a genuine auteur, with those hideous characters used as a harbinger of madness in Claire Denis’ disturbing vampire saga Trouble Every Day. The generous assumption would be that Gaspersz used the typeface in tribute, as the lettering is used on the iconic “I Love NY” graphic. Regardless, the point is rendered moot because, against all odds, the film’s title is even more cringeworthy than the font used to spell it out.

After refers to the immediate wake of September 11, 2001, and the broadness of the title suggests that this slight domestic portrait is meant to serve as a definitive microcosm of a national moment. The film spans a few months in the lives of the emotionally strained Valentino clan, a Rochester institution whose upper-middle-class existence is threatened by a work crisis regarding the family business. Kathleen Quinlan anchors the cast as Nora Valentino, a transparently damaged matriarch who forces her racist husband Mitch (John Doman) to join her in front of the VCR and watch videotape dispatches from their youngest daughter in Manhattan, which is a totally normal way for a family to communicate. (The world has changed a lot since 9/11—Skype wasn’t released until 2003, for example—but terrible screenwriting is timeless.) The tapes’ content also bears no resemblance to sane human behavior: The most strikingly strange example involves the daughter donning a Marilyn Monroe wig and singing her mom a breathy rendition of “Happy Birthday.”

There’s a distractingly obvious reason why Nora’s daughter can’t just pick up the phone and call home, of course, but the film withholds the truth until its final moments, unleashing the big reveal with a degree of melodramatic gusto that would make Keyser Söze blush. The plot twist, like almost everything in the movie, is transparent and oversold, then made exponentially worse by the inadvertent laughter it inspires at the expense of a historic tragedy. (Sensitivity to such things may vary between viewers, but the urge to laugh will likely prove indiscriminate.) Denial is difficult to depict, but the fact that this script was funded and filmed is a far more cogent reminder of its power than anything in the movie itself.

Sabrina Gennarino’s scattered screenplay also introduces a number of other Valentinos, withholding the most basic information about precisely how these characters are related to each other, because revealing such fundamental information would exhaust the depth of their characterization. Malleable and otherwise convincing Orange Is The New Black co-star Pablo Schreiber plays golden child Christian Valentino, a slicked-back lunk desperately trying to prevent his family from coming unglued. Gennarino saves one of the most absurd parts for herself, playing Christian’s sister Maxine, who spends two scenes excitedly waiting for her boyfriend (Darrin Dewitt Henson) to propose to her in the most boring, illogical way possible, only to rebuff him for reasons that go unexplained, and are eventually rendered moot.

Indie stalwart Adam Scarimbolo (The Comedy, Stake Land) emerges almost entirely unscathed, bringing a casual fallibility to the role of Christian’s fuck-up brother that helps soften some of the stillborn dialogue. It’s no coincidence that Scarimbolo plays the only character who manages to elude the script’s driving tactic of scattering banal information like ashes in the wind, then gracelessly dancing around the fallout in the hopes that not giving these things names will magically transform them into meaningful subtext. Gennarino’s text is possessed by the idea that the wounds of 9/11 were, for years, too fresh and present to address. She takes this reasonable notion to such a contrived extreme that any semblance of an honest portrayal is suffocated by affect. And when After runs out of ways to avoid the obvious, Gaspersz stalls for time with the oldest trick in the book: a sanding montage. Because we will rebuild!

Between the film’s nonsensical approach to testosterone (check out the barroom brawl set to an acoustic rendition of “Knockin’ On Heaven’s Door,” a fight spurred because someone makes a stranger wait a few extra minutes at a tattoo parlor) and its laughably unmoored emotional beats, After is essentially The Room of 9/11 movies, a position that was really best left unfilled. Its heart might be in the right place, but that gulf between pain and understanding has never been clearer, and might now be even wider than it was before.