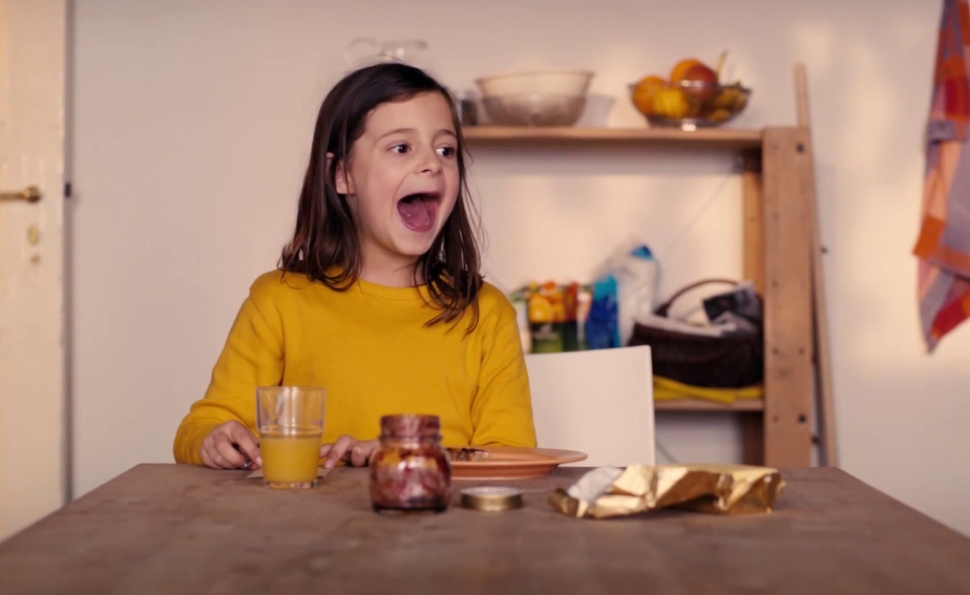 The strange little cat in Ramon Zürcher’s The Strange Little Cat is a spry orange tabby who darts in and out of the frame, occasionally leaping onto tabletops and getting dutifully tossed to the ground by the humans that mill around an apartment. The film isn’t about the cat per se—though it isn’t really about anything, in the conventional narrative sense—but the cat does serve as a nice metaphor for the film’s style, which concerns itself heavily with the rhythm, movements, and patterns of everyday life. There are undercurrents of drama in the film, but few incidents of actual conflict, much less the satisfaction of three-act story arcs or revelations about any one particular character. It isn’t an experimental film, exactly, nor is it especially radical or unapproachable, despite its dogged resistance to hitting any familiar beats.

But The Strange Little Cat shouldn’t be defined entirely by what is isn’t. Here’s what it is: a beautiful, mysterious, beguiling cinematic doodle, and an absolute master class in mise-en-scène, unfolding in odd, fragmented frames and precisely choreographed movement within those frames. Zürcher has talked about the film being about family, but he doesn’t overreach by trying, within the space of a day and night, to tell the audience everything it needs to know about his characters. It would be impossible, in that time frame, for outside observers to pick up all that information, and Zürcher is keenly aware of it. So he contents himself instead with merely getting a sense of the dynamic of a particularly hectic day. Within the limits it sets for itself, The Strange Little Cat is a sophisticated, high-functioning organism.

Hung together by a lovely string interlude called “Pulchritude” from Thee More Shallows, an experimental indie band from San Francisco, The Strange Little Cat offers scenes from a cramped Berlin apartment on a day leading up to a family dinner. If there could be said to be a central figure, it’s “Mother” (Jenny Schily), a woman who seems deeply troubled about something, though her feelings only come out through an odd story about an incident in a movie theater, her indifference to her husband (Matthias Dittmer) when he talks about a near-accident, and subtle shows of hostility. There’s some concern that her grandmother is losing her faculties—periods of forgetfulness, notes that are either misspelled or incomplete—but the film doesn’t follow through on that any more than necessary. Elsewhere, Schily’s young daughter (Mia Kasalo) screams and clowns around while her cousin and uncle work on fixing a busted washing machine.

This all sounds terribly mundane, but all these humans and animals (there’s a dog and a moth, in addition to the cat) and small moments coalesce in a harmony that’s about no more or less than life itself. Making his directorial debut, Zürcher has given The Strange Little Cat the discrete proportions of a short story: The film is only 72 minutes long, and it almost perversely refuses to dramatize when it might better suggest or evoke. Though it’s plenty accomplished enough on its own, it feels like the seedlings of a major filmmaker, the starting point for more expansive works down the line. His second film stands to be a doozy.