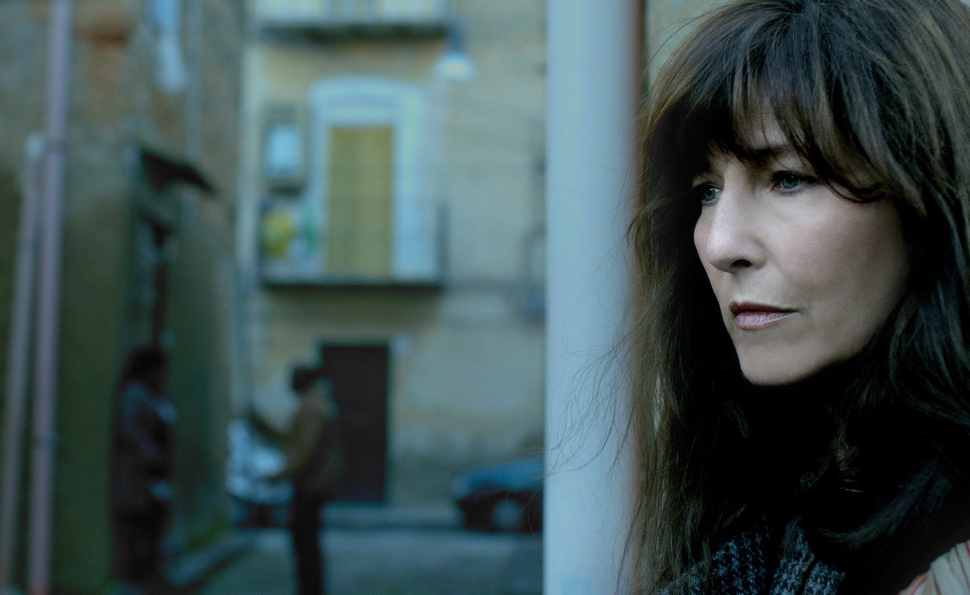 Indie dramas don’t get much more oppressively dreary than War Story, a film every bit as distinctive and exciting as its generic title suggests. The film’s opening scene introduces a woman named Lee, played by Catherine Keener, who works her way past a crowd of reporters into a waiting vehicle, which drives her to a hotel. It isn’t yet clear where Lee is—somewhere in Italy, it seems, perhaps Sicily—and it isn’t even remotely clear who she is or why reporters want to talk to her. Nor are answers to these questions forthcoming for a long while. Instead, War Story spends roughly half an hour just watching this unknown woman wallow in grief. The phone in her room rings off the hook, but instead of answering, she stares vacantly into space. When she does stir from her bed, she’s needlessly obnoxious to the hotel staff, and seems put out that not everybody speaks English. On more than one occasion, Lee even pulls that ugly-American trick of repeating herself louder, as if additional volume can somehow bridge a language gap. (Since she’s eventually revealed as a photojournalist who’s spent her entire working life abroad, this makes no sense whatsoever, but it does convey that she’s deeply upset.)

In the hands of a first-rate filmmaker, even a minimalist scenario like this can become riveting cinema. Julia Loktev’s Day Night Day Night, for example, spends an even longer chunk of screen time—half the movie, basically—observing its protagonist, a prospective suicide bomber, as she sits around a hotel room waiting for her handlers to return, performing mundane activities like clipping her toenails. Unlike Loktev, however, War Story director Mark Jackson, demonstrates no particular interest in human behavior. Lee’s lack of affect never comes across as anything more than a gimmick, deployed in combination with the decision to wait as long as possible before revealing what’s troubling her. Furthermore, Keener, though a superb actor in the right context, is one of the worst candidates to play a character who’s this closed-off. Her features don’t speak in a way that silently conveys multitudes. She needs something to play, and there’s more life and truth in her split-second reaction to an ex-husband’s suggestion of sex in Begin Again than in her entire performance here, even though she’s virtually never offscreen in War Story.

Eventually, a skeletal narrative does emerge, involving Lee’s efforts to regain her sense of humanity by helping a Tunisian refugee (Hafsia Herzi) make her way to France. Ben Kingsley also pops up for about five minutes to provide some belated information about Lee’s past and the incident that caused her to abandon all hope in the first place, none of which is compelling enough to retroactively justify having been withheld for so long. Mostly, though, War Story just stubbornly clings to its conviction that denuding a movie of all vitality automatically confers gravity. It’s a singularly dismal experience, culminating in an ending that functions like a punitive “fuck you” to both protagonist and audience. There’s no questioning the sincerity of everyone involved in making this film, which strives to say something trenchant about post-traumatic stress and the impossibility of remaining neutral when working in war zones. Sincerity and good intentions are all it has going for it, alas, and the result is the cinematic equivalent of a plate full of spinach.