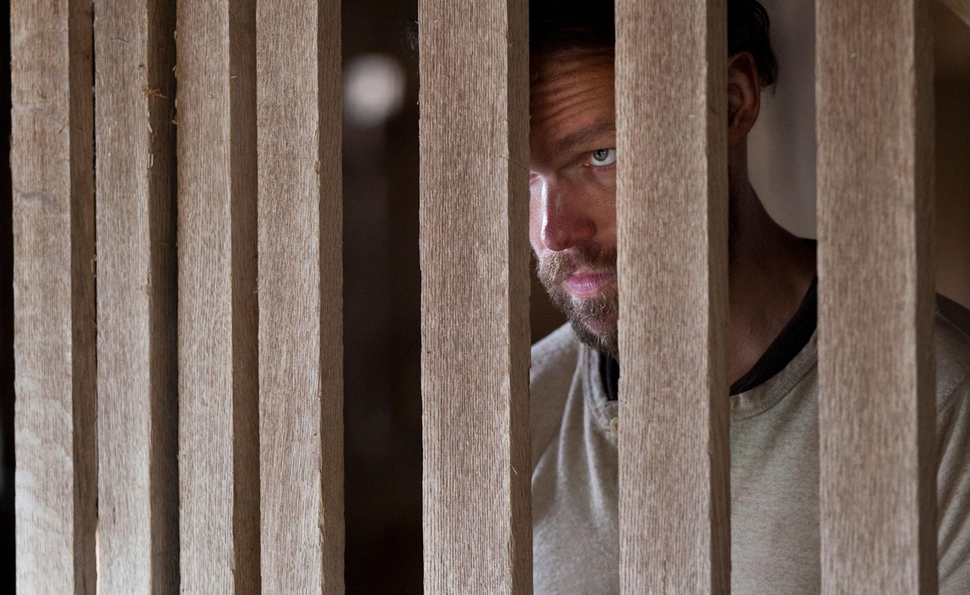 As a director, James Franco certainly doesn’t suffer from a lack of ambition. Since 2005, he’s helmed at least a dozen features (it’s hard to know how to define certain projects), many of them adapted from dauntingly difficult classics of American literature. Thing is, though, there’s a good reason why nobody had previously attempted to make a movie of Faulkner’s As I Lay Dying, and why Martin Ritt’s adaptation of The Sound And The Fury—a new, Franco-directed version will première at the forthcoming Venice Film Festival—isn’t remembered as one of the cinematic highlights of 1959. The more brilliant the novel, the more likely it is that its greatness can’t be divorced from the specific syntax of the author’s prose, and that a faithful film adaptation will wind up being a sterile illustration of narrative events stripped of all meaning.

That’s decidedly the case with Franco’s dismal adaptation of Cormac McCarthy’s Child Of God, a novel written in a highly unorthodox style for which the film struggles in vain to find a visual equivalent. At a glance, the story does seem to offer the potential for repulsive spectacle, if nothing else. Protagonist Lester Ballard (played by Franco pal Scott Haze) is a deeply antisocial misfit living in rural Tennessee, first seen interrupting an auction of his belongings and making incoherent threats that immediately reveal him as mentally deranged. From that already low point, Lester only devolves further. While he murders several people over the course of the narrative, calling him a serial killer would be misleading, as it implies a degree of forethought that he doesn’t remotely possess. Later, he happens upon a couple of corpses and adopts the female one as his new girlfriend, engaging in tender necrophilia. By the end, Lester is living like a caveman and being hunted as if he were a wild animal—which really isn’t that far off the mark, even if McCarthy’s title rather dogmatically insists that he’s no less one of God’s creatures than the rest of us.

To his credit, Franco is clearly aware that Child Of God derives most of its power from its use of language. Early on, he actually throws chunks of McCarthy’s text onto the screen, by way of confessing that there’s no other way to do it justice. He also tries to duplicate the effect of the multiple anonymous narrators who provide Lester’s history in the book’s first section, though onscreen the result is more confusing than productively disorienting. Ultimately, though, the film is forced to rely mostly on Haze’s performance, which is appropriately feral and disturbing, but provides only concentrated shock value. (Lester defecates at one point, apparently for real, in loving close-up.) The book simply doesn’t offer anything of interest that can be externalized and photographed, unless one is fascinated by ranting and gibbering. What’s left in the absence of McCarthy’s prose is a sincere but fundamentally pointless ode to a madman, which does little more than invite viewers to gawk at the unspeakable. No fan could ask for a more doggedly faithful representation of the novel, but a true fan would understand, as Franco does not, that the real act of respect would be to leave it on the page.