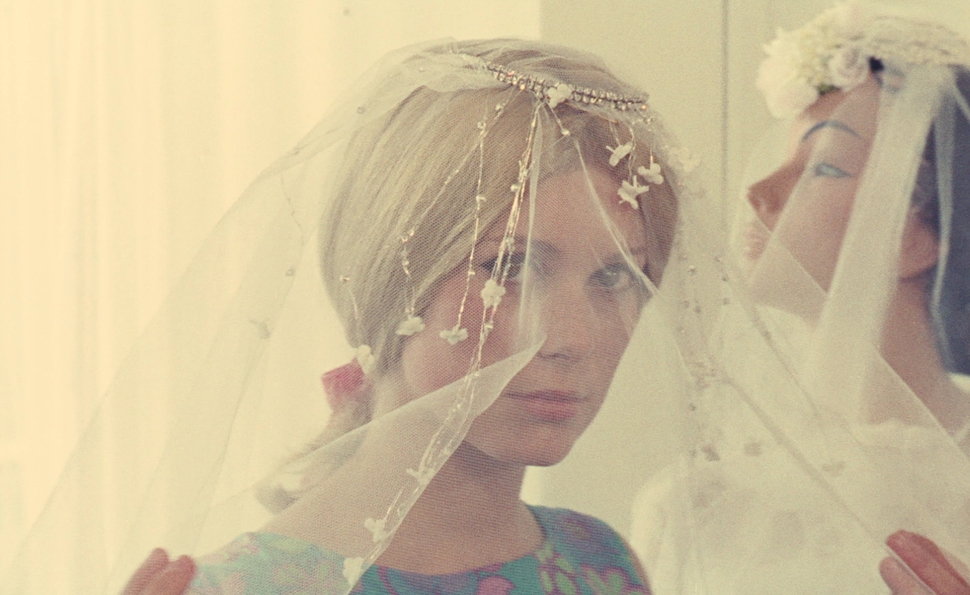 The oldest film in The Criterion Collection’s aptly named DVD/Blu-ray box set The Essential Jacques Demy is a 1951 short called “Les Horizons Morts,” starring Demy himself as a lovelorn young man who mopes around a bare hotel room and reflects on the woman who broke his heart. There’s not really enough to the film to justify its ponderous eight minutes, though the images are well-composed, and lit to draw out the natural textures and contrasts of the space; and Demy does achieve some striking effects in his transitions between drab reality and the subject’s memories. For the few minutes when this poor soul looks back on his loss, he finds himself in the world of a broad melodrama, getting socked on the jaw by his ex-girlfriend’s new lover while brassy music plays. Even in this minor vignette about ordinary heartbreak, Demy frames the situation in terms of an old Hollywood movie.

The filmmakers who emerged from the French New Wave in the 1950s and 1960s were some of the best film critics who ever lived, and not just because of the actual writing they left behind in publications like Cahiers Du Cinéma. Their movies also stood as a personal, critical commentary on what they loved and loathed about other artists’ work. In Demy’s case, his obsession with classic Hollywood was filtered in his films through what those old musicals and romances meant to him as a boy, growing up in the waterfront village of Nantes. Cinema expressed what was in his heart and in his head, even when what he was going through as a typically restless and amorous young man was rarely as neat, grand, or gorgeous as what was on the screen.

Demy’s most famous film, 1964’s The Umbrellas Of Cherbourg, is like the thesis statement for the rest of his filmography. Catherine Deneuve plays a young woman named Geneviève who falls for a garage mechanic named Guy (Nino Castelnuovo), and then is so crushed when he’s drafted into the military that she’s sure she’ll never love—or be happy—again. But life goes on, and while it’s questionable as to whether Geneviève ever does find the kind of happiness she knew when she was a teenager, both she and Guy do find other people to marry. The gimmick of The Umbrellas Of Cherbourg is that all of the dialogue in the film is sung, to a swoony Michel Legrand score, but Demy doesn’t intend the romantic music to be an ironic comment or a big joke about the common disappointment of everyday life. What’s so overpoweringly beautiful about The Umbrellas Of Cherbourg is that it matches human-scaled feelings of regret with the color and intensity of the movies Demy loved as a boy.

Demy and Legrand have said that they expressly set out with The Umbrellas Of Cherbourg to make audiences cry, even planning out exactly when to slip in a melody to squeeze out a few more tears. Their methods may have been calculating, but their intentions were pure: to wring deep compassion from audiences for characters living through small crises. People in Demy films frequently compare anyone they meet to old friends and acquaintances, letting the interactions of any given moment take the place of the interactions they wish they were having. That focus on the familiar experience of “making do” is what’s given The Umbrellas Of Cherbourg its staying power. The film resonates across decades, and plays differently with each viewing, depending on whether the viewer is a lovesick teen, a person who’s settled into domesticity, or someone who’s much older and finds these youngsters’ angst touchingly quaint.

The Umbrellas Of Cherbourg was the film that Demy was moving steadily toward while making his first two features, 1961’s Lola and 1963’s Bay Of Angels—both of which are less immediately impressive than Umbrellas, though both also deepen with every re-watch. Lola is the more aimless of the two, following the title character, a cabaret dancer/singer who pines for a man who’s not around, while casually and sometimes inadvertently toying with the affections of two young men (one of whom will go on to marry Genevieve in The Umbrellas Of Cherbourg). In Bay Of Angels, meanwhile, a young man named Jean (Claude Mann) goes on a gambling binge and enters the orbit of the alluringly careless Jackie (Jeanne Moreau), living briefly in a world of luxury that Jean actually describes as being like a movie. Bay Of Angels is another film that distills one of Demy’s major themes—depicting romantic connections and good fortune in general as a matter of pure chance—and it also deploys some stylistic flourishes that Demy couldn’t afford with Lola. Lola relies more on soft, natural light and docu-realistic camerawork, sketching the characters as exaggeratedly romantic and melancholy. But Bay Of Angels is more dynamic, with Demy shooting each spin of the roulette wheel with forced perspectives and dissolves to maximize tension. 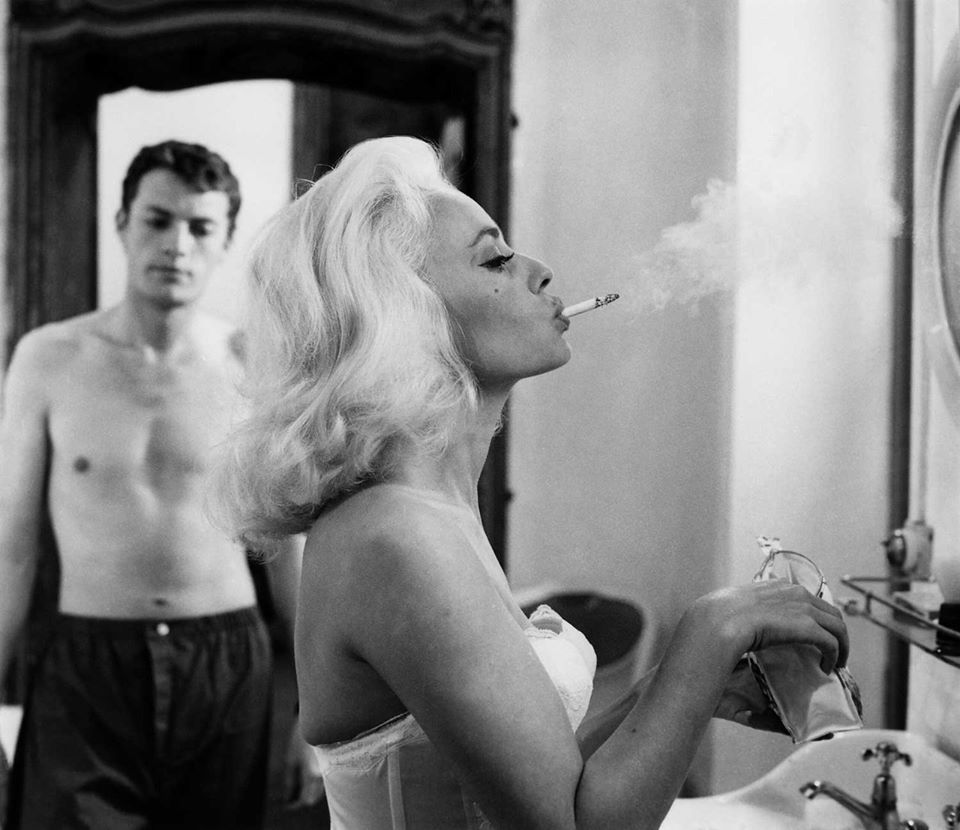 After the success of The Umbrellas Of Cherbourg, Demy had the clout and the budget to realize his Hollywood musical ambitions on a larger scale. The richly orchestrated Legrand score of Umbrellas is joined in 1967’s The Young Girls Of Rochefort by exuberant, well-choreographed dancing; and the movie has a much larger cast of characters, anchored by musically inclined twin sisters (Deneuve and Françoise Dorléac) and a rich American songwriter (Gene Kelly). More characters means more subplots and a longer running-time, as well as a taxing of Legrand’s ability to concoct memorable melodies. But there’s scarcely a smooth camera move or an eye-popping costume design in The Young Girls Of Rochefort that’s not a wonder to behold. The movie’s indulgent in the best way, risking being over-generous as it uses the fortuitous meetings and inconvenient lives of its would-be lovers to explore Demy’s usual big question of how fate and circumstance conspire to scale back people’s dreams. 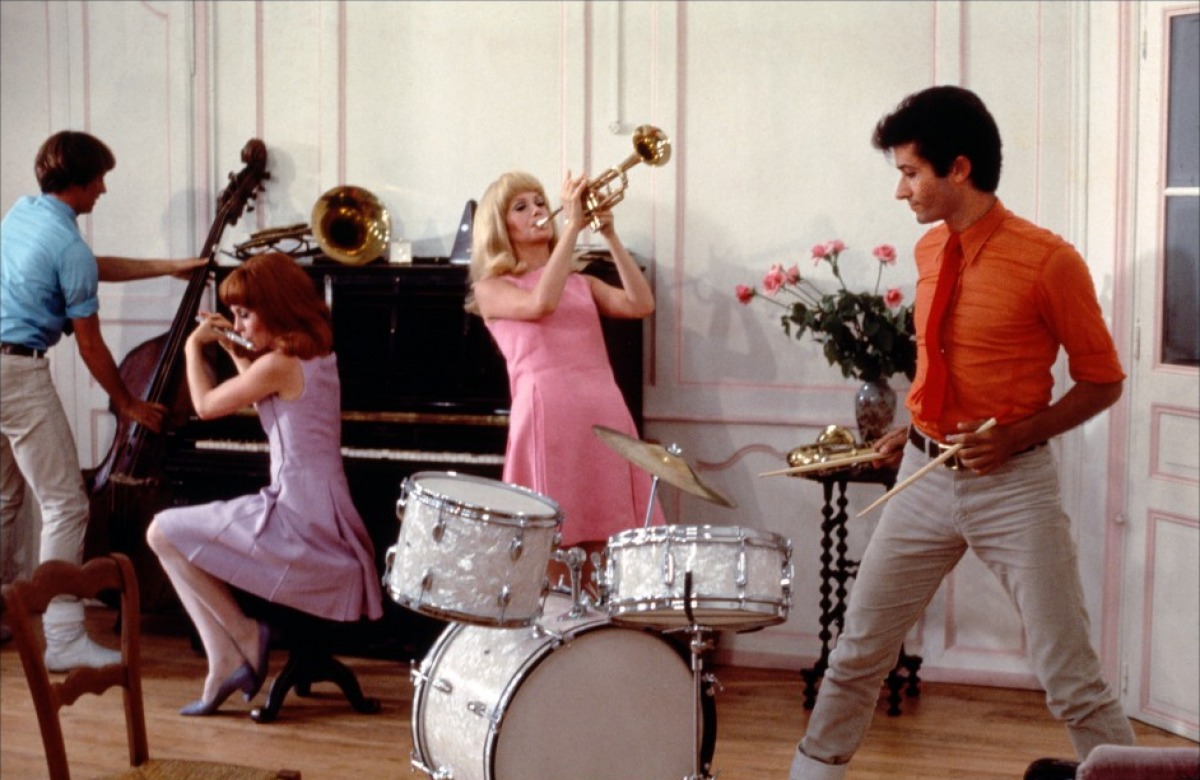 Criterion’s box set is missing at least one Demy film that many fans feel is essential: Model Shop, which serves as a sequel to Lola and a study of lonely people in hippie-era Los Angeles. There may be other essentials that the set lacks, too. Demy made a half-dozen movies in the 1970s and 1980s that aren’t in The Essential Jacques Demy, and many of the those have been rarely seen in the United States since their original run. But it’s hard to argue with the inclusion of the last two films in the set, both of which are among Demy’s most ambitious, if a notch or two below his 1960s masterpieces.

The 1970 adaptation of Charles Perrault’s Donkey Skin casts Deneuve as a princess whose father (Jean Marais) is demanding she marry him, causing her to come up with crazy reasons to delay the ceremony and then to flee the castle altogether. In 1982’s Une Chambre En Ville, citywide labor strife in the 1950s provides the backdrop for the tragic story of an abused wife and a restless metal worker. Une Chambre En Ville is another sung-through musical like The Umbrellas Of Cherbourg, but with a Michel Colombier score (and arrangements that veer occasionally into very 1980s-like bits of jazzy drums, bass, and electric piano), and with a visual style that’s at once flatter and more lurid, with eruptions of frank sex and violence. There are a few Legrand songs in Donkey Skin, but they appear infrequently, taking a backseat to Demy’s elaborate, sometimes surreal re-creations of a fantasy land. Taken together, the films represent the different sides of Demy seen in the first four movies in The Essential Jacques Demy: the creator of fabulous images, and the man who turned real-world troubles into musical numbers. 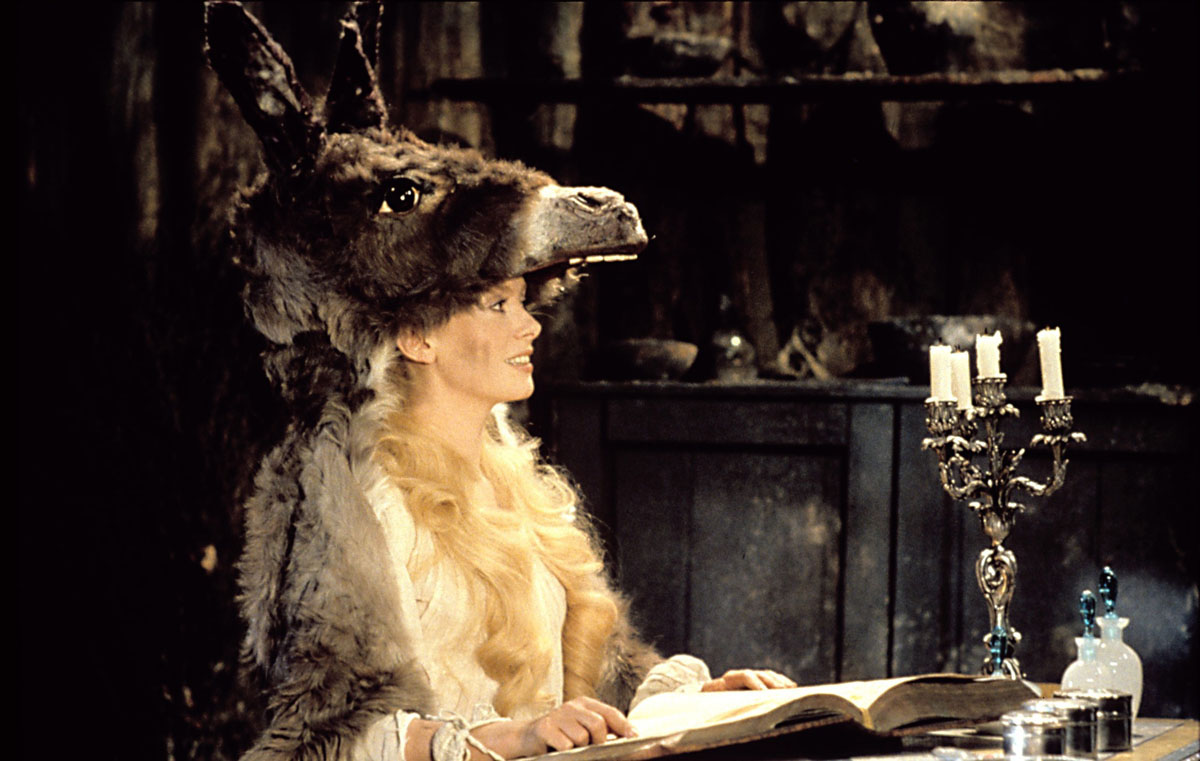 The Criterion set adds several other of Demy’s early short films, including a quiet, poetic documentary study of a rural clog-maker (1956’s “Le Sabotier Du Val De Loire”), and a mini-biography of a centuries-old priest and the town where he lived (1959’s “Ars”). Like a lot of French filmmakers in the 1950s—for example, Georges Franju, Alain Resnais, Louis Malle, and Demy’s wife Agnès Varda—even Demy’s short documentary assignments were an opportunity to be play with style, and to use one subject as a way in to pondering another, sometimes via metaphor. And yet of all the shorts on The Essential Jacques Demy, the most essential is “La Luxure,” a more typical fusion of autobiography and whimsy that was Demy’s contribution to the 1962 omnibus film The Seven Deadly Sins. The entire film consists of a conversation between two young men, who talk about women, art, and their childhood memories, which Demy illustrates through flashbacks and fantasy. While admiring the work of Hieronymus Bosch, one of the men is so overwhelmed that he starts imagining everyone in the café nude, and consumed by the fires of hell. “They were all geniuses back then,” he sighs to his friend, expressing the kind of personal passion for an old master that movie-lovers today have for Demy.

Special features: Criterion’s set is loaded with so many new and old interviews, pieces of archival footage, documentary reflections, and visual essays that it would take several paragraphs to cite them all. Many of the best of the documentaries were assembled by Varda, who shot a lot of her own footage on Demy’s sets, and who has the firsthand knowledge and personal connections to get people to talk about the quirks of working with Demy—such as Harrison Ford, who was originally supposed to be in Model Shop, and looks back fondly on the months he spent hanging around with Demy and Varda in L.A. Eventually, all of these supplements on The Essential Jacques Demy start to talk to each other, reiterating how Demy had always intended to make 50 feature films with recurring characters and themes, and how the brightness of his movies has encouraged later generations of filmmakers to see locations for what they could be, not just what they are. In one of the most insightful of the featurettes, Varda and Aimée recall how Demy and Legrand came up with the music for Lola, by using the cadences of Aimée’s voice to suggest a melody. That’s the essence of what Demy did throughout his life: turning the natural way a person talked into a song.