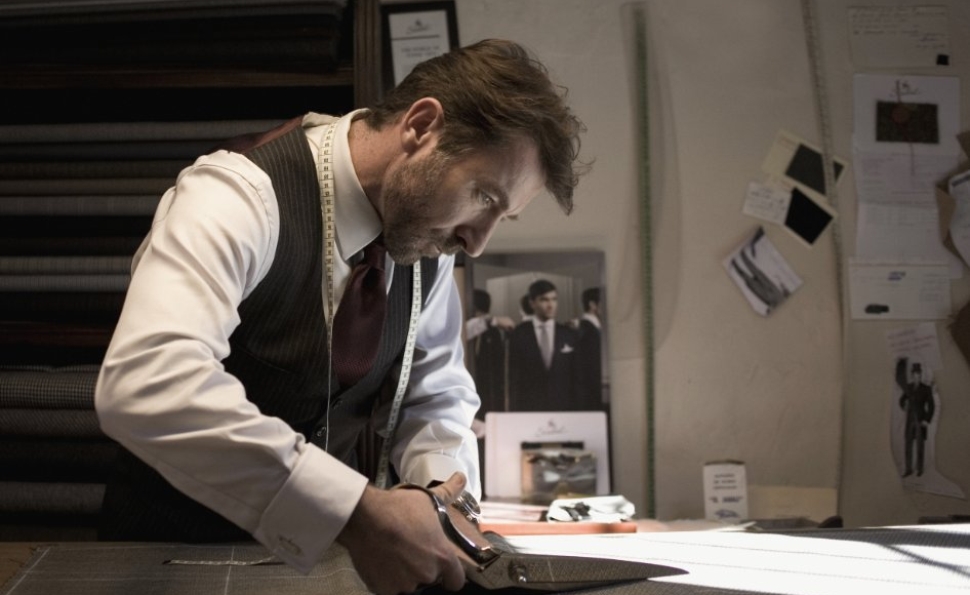 Cannibal opens with an exquisitely chilling shot that represents the movie in microcosm, for better and worse. In the middle of the night, a couple stops for gas at a service station, viewed from some distance away—a small oasis of light in the dark. The man pumps and pays; the woman walks around aimlessly, lighting a cigarette once she’s a fair distance from the car. Credits are superimposed over the scene, which continues for several uneventful but oddly tension-filled minutes. Then the couple gets back in the car and drives off, past the camera… at which point a window rolls up, revealing that the shot is from the point of view of an unknown observer in another car, who proceeds to follow them down the road.

It isn’t the last time the film’s point of view is uncertain. This other driver turns out to be the protagonist, Carlos (Antonio de la Torre), a middle-aged tailor who lives alone in Granada. After forcing the couple’s car off the road, apparently killing them both, Carlos takes the woman’s body to a cabin in the mountains, where he turns her into a bunch of steaks and dines upon them back at home. The butchering scene happens offscreen, and the only gore is a single thick rivulet of blood—and no explanation is ever provided for this grotesque proclivity. Carlos’ cannibalism is ignored for roughly the next hour, as the film observes his daily routine at work, and his efforts to fend off a new Romanian neighbor, Alexandra (Olimpia Melinte), who’s clearly lonely and looking for a friend.

As with the opening shot, director Manuel Martín Cuenca keeps his distance, and he’s abetted by De la Torre’s nearly opaque performance as Carlos, whose intentions remain mysterious right to the end. At times, this strategy pays hugely discomfiting dividends. Carlos does eventually kill again, and one murder in particular is agonizing to watch, precisely because it involves nothing but standing around: Carlos’ prospective victim, who goes skinny-dipping at a deserted beach, can see him waiting for her on the shore, and spends hours frantically treading water until she finally drowns. Furthermore, after Alexandra disappears, her sister, Nina (also played by Melinte), comes looking for her, and Carlos’ response to her is so dramatically different from how he treated Alexandra that it’s impossible to not wonder what he’s thinking.

Few answers are forthcoming. Cannibal was adapted from a novel by Humberto Arenal (the 2007 winner of Cuba’s national literary prize), and the longer the film goes on, the more it starts to feel as if some crucial element of the book—Carlos’ interior monologue, most likely—has gone missing, without anything but elegant style to take its place. Because little happens story-wise, Cannibal necessarily functions as a character study, but one that’s frustratingly short on character; there are suggestions that Carlos views his consumption of women in terms of the Eucharist, but these are mostly grafted on via clunky scenes involving church services and religious processions, rather than emerging organically from Carlos’ behavior. Structurally, the film has problems that may stem from the novel—three times, there’s an abrupt cut from a woman in jeopardy to the tranquility of the following day (possibly mirroring chapter breaks), and by the third time, the device gets a little coy. In the end, Cannibal stays too far away from the depravity at its center, to the point where Tailor might have been the more appropriate title.