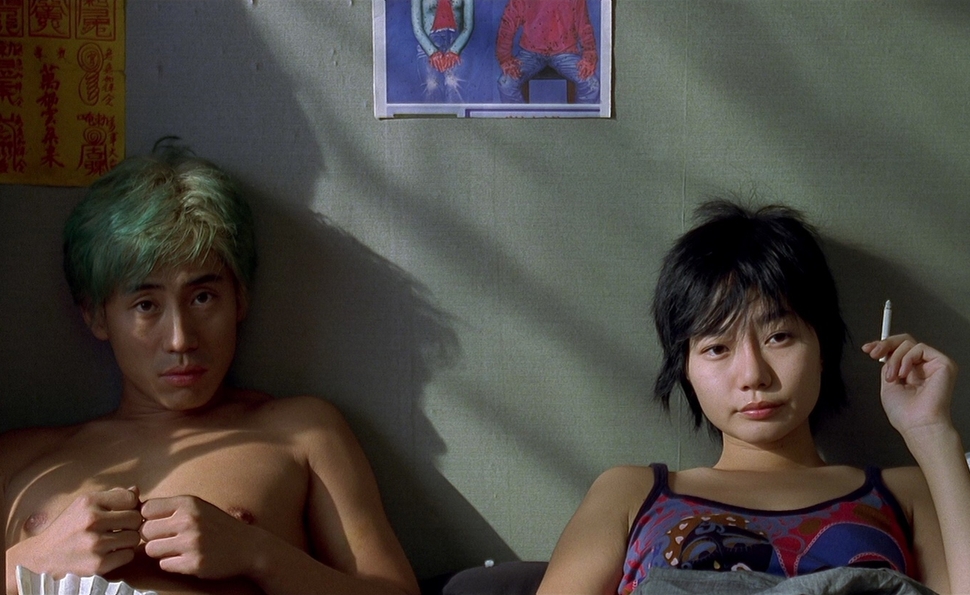 Revenge scenarios often end in regret, but they usually begin with the avenger seeking satisfaction. Beginning with 2002’s Sympathy For Mr. Vengeance and continuing with 2003’s Oldboy and 2005’s Lady Vengeance, the films in Park Chan-wook’s Vengeance trilogy start at a point where satisfaction isn’t possible, and plunge deep into nihilism from there. His avengers are broken by tragedy yet consumed by a thirst for violence that can never be quenched, but compels them to take action anyway. It seems almost inevitable that Park would transition into the supernatural and uncanny with later films like Thirst and Stoker, because his human characters are reduced to zombies, kept alive only by their unthinking impulse to address wrongs that can never be righted. And for all the mistakes they make and for all the damage they inflict, he feels for them anyway—in fact, the title Sympathy For Mr. Vengeance could apply to two characters rather than one.

Though Park hadn’t quite reached the operatic heights of his breakthrough film Oldboy, Sympathy For Mr. Vengeance gets most of the way there. At the root of Park’s bloodbath is a terrible situation that snowballs down an incline of poor, desperate decisions and cruel twists of fate. With a fatally ill sister in dire need of a kidney transplant, deaf-mute Ryu (Shin Ha-kyun) has saved enough money at a factory job to pay for her surgery, but his blood type forbids him from donating his own kidney as planned. So after losing his job, Ryu takes his severance and his savings to a black market organ dealer, but her goons steal his money and his kidney. With his sister growing weaker by the day, Ryu’s anarchist girlfriend (Bae Doona) suggests they kidnap his former boss’ daughter (Han Bo-Bae) and hold her for just enough ransom money to pay for the operation. Needless to say, that plan goes horribly awry, leaving Ryu to seek revenge on the black-market dealers and the girl’s executive father (Song Kang-ho) to seek revenge on him.

Park combines these various plot strands with the elegance and virtuosity that has polarized critics ever since: Is he a great maestro of moralist baroque, or an exploitative showoff? Sympathy For Mr. Vengeance could be argued strongly in both directions, particularly as it heads into its second half, and a series of compounding tragedies are rendered as a Grand Guignol bloodbath. Park’s pristine framing and yen for extreme violence give Sympathy For Mr. Vengeance the pop of a graphic novel, but there are times when his point about the poisonous nature of revenge is eclipsed by stylized torture and sadism for its own sake. When a baseball bat-wielding Ryu breaks into the organ ring and happens to interrupt one of its enforcers raping a prone donor, Park lays on the ugliness a bit too thick. He doesn’t do evil. He does mega-evil.

And yet there’s a genuine sophistication, both technically and thematically, to what Park is doing in Sympathy For Mr. Vengeance. The “sympathy” part is important: We initially feel for Ryu, who’s disabled and of a lower social class, and assume the worst of his boss, who’s powerful and of a higher social class, but Park raises these distinctions only to obliterate them. They work at cross purposes, but they pursue their violent and self-negating missions with the same fervor, the same relentlessness, the same terrible consequences. They’re both “Mr. Vengeance,” and the rigor with which Park constructs their interlocking stories enforces the idea that they’re creatures of fate, tied to an awful destiny that they can’t will themselves to reverse. The film may be gratuitous, but the dagger plunges deep.

The most special feature of all is that Sympathy For Mr. Vengeance is the first Blu-ray released under the revived Palisades Tartan line, which had been a reliable source of Asian extreme titles on DVD. Beyond that, though, there’s quite a wealth of other materials, starting with a commentary track by Park and actor/filmmaker Ryoo Seong-wan, and a host of 20-30-minute interview packages and featurettes. One of those featurettes, built around insights from East Asian cinema expert Jonathan Ross, gives some context to Park’s themes and stylistic signature. The others build on interviews with his actors and key crew members. There’s also a series of storyboards that affirms Park’s meticulous approach to genre fare.