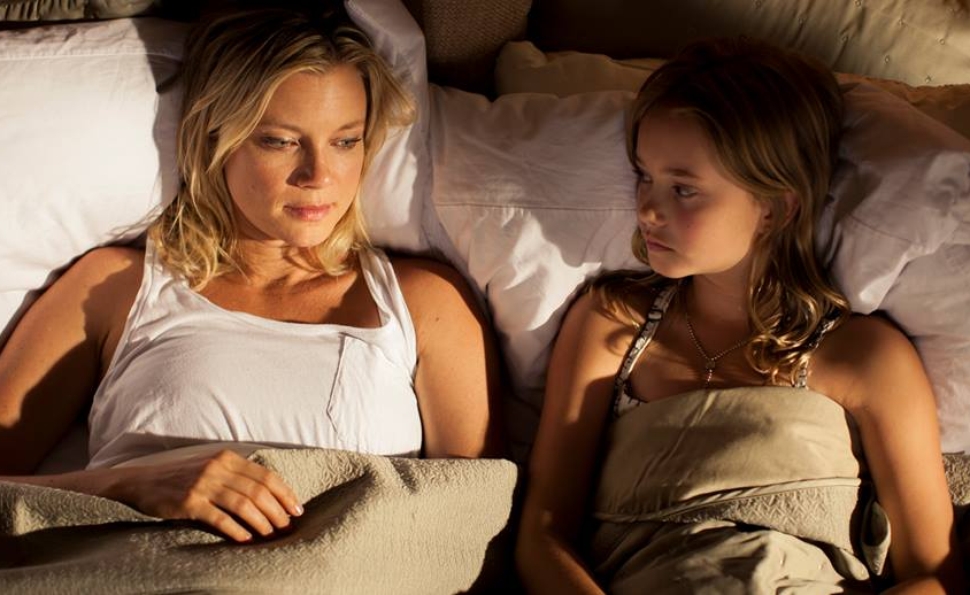 The movies have a long tradition of bringing specific strains of family dysfunction to life, from the fearsome (The Godfather) to the cloistered (The Royal Tenenbaums) to the acidic (Arsenic And Old Lace) to the grandiloquent (The Squid And The Whale). But the dysfunction that fuels Among Ravens, Russell Friedenberg and Randy Redroad’s indie pabulum, is of a much less distinctive sort, even though it’s rooted in personal drama. Friedenberg draws from his own experiences, assembling a cast of characters that bring their many personal issues into a disharmonious gathering in the woods.

Like many families in America, Wendy (Amy Smart) and Ellis Conifer (Joshua Leonard) have decided to play host to their relatives during the 4th of July weekend. The serenity of the forest landscape and lakeside cabin is immediately shattered as the guests arrive. For starters, Wendy and Ellis are in a passionless marriage where he believes he can win her affection through expensive jewelry. Other players include Saul (Friedenberg), Wendy’s former husband and father to their child Joey (Johnny Sequoyah), a vaunted novelist who has never written a word in his life. Then comes the person who did pen those books, Will (Christian Campbell), an alcoholic ghostwriter who’s having an affair with Saul’s wife Emma (Victoria Smurfit). Exacerbating this toxic batch is hippie life-coach Hal (Calum Grant), and his “life partner,” Saturn Moon (Castille Landon).

Here are just a few of the gems that come out of Saturn Moon’s mouth, all meant to be taken seriously:

“I fuck only to elevate to a higher spiritual plane.”

“Orgasm is a waste of energy."

“You need to fuck my yoni puja.”

Topping off this unwieldy group of characters is Chad (Will McCormack), a nature photographer and haphephobic man-child who isn’t actually related to the group. The 10-year-old Joey, whose eyes are ostensibly the window into this family, quickly befriends the taciturn outsider. As the center of the picture, Joey narrates the weekend with intolerable precociousness. In one scene, she correctly discerns the difference between a 1963 Château Lafleur and a 2009 Twin Oaks bottle of wine.

When the film isn’t watching Joey and Chad traipsing about Idaho’s scenic wonders, it narrows its scope to the adults. Each person has a closet filled with skeletons, and what is initially subtext—infidelity, drug abuse, theft, etc.—rises to the text. All the cards are on the table, with no misdeed unaccounted for. A majority of this drama plays out through histrionics, with a lot of characters stating their emotions without fully expressing them. The two troubled marriages unravel accordingly, affairs are no longer clandestine, and every mistake and regret that went unspoken for years is articulated. All this transpires as it does in trite, contrived movies—over a couple of days where everyone seems to decide collectively that now is the time to be honest.

Among Ravens’ guiding principles derive from The Little Big Book Of Birds, which Joey reads and quotes throughout the movie. This would be endearing in a sort of “naïve, innocent adolescent” way, if the film didn’t take its analogies between ravens and families so seriously. Therein lies the core dilemma: The film compares the behavior of ravens and humans—their similar tendencies to be protective, flock, and mate with others—with an expectation that profundity and insight will come. When it doesn’t, the film’s emotions feel calculated, not earned.