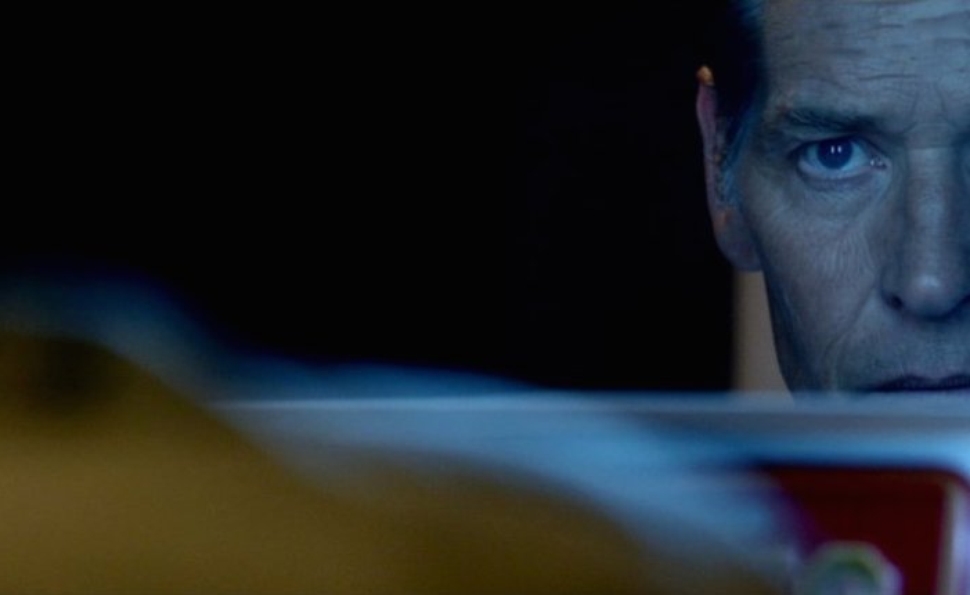 Roughly 73 percent of Americans self-identify as Christian, and the notion of a non-Christian U.S. president remains all but unthinkable, yet faith-based movies reliably depict Christianity as if it were a minority belief system that’s perpetually under attack. Persecuted takes this ideology to such a ludicrous extreme that its paranoid narrative pivots upon a fictional bill called the Faith And Fairness Act, which seeks to impose a “Harrison Bergeron” degree of destructive equality upon the country’s religious institutions. The film implies, with zero plausibility, that this bill, if passed, would force every faith to be all-inclusive, so that, e.g., a Catholic priest would be required to espouse the virtues of Hinduism, or permit a rabbi to address his congregation and try for conversions. “I have a dream, too,” a senator intones at one point, referencing Martin Luther King, Jr. “A dream of a tradition of faith as diverse as our skins, walking hand in hand toward the light.” Martial drums take over the soundtrack as the movie almost literally recoils in horror.

Needless to say, one man isn’t about to take this sitting down. When the senator (Bruce Davison) asks influential evangelist John Luther (James Remar) to publicly support the Faith And Fairness Act, Luther refuses to play ball: “I cannot water down the gospel to advance anyone’s political agenda.” In this fantasy, politicians (including the president, played with a distinctly Clinton-esque hoarseness by James R. Higgins) commit murder as casually as they kiss babies, so Secret Service agents promptly drug Luther, take incriminating photos of him with a young woman, then kill her, framing Luther for the crime. But Luther escapes, and though it’s been established that he’s Jerry Falwell-level famous (“Your ministry reaches more people than the evening news”), virtually nobody recognizes him as he seeks to prove his innocence and prevent the nation’s self-appointed do-gooders from virtually legislating Christianity out of existence.

If Persecuted wasn’t such a dire thriller, its sweaty fear of pluralism (Obama’s “We are no longer a Christian nation” speech gets handed to Davison’s evil senator here) might at least be amusing. Unfortunately, writer-director Daniel Lusko can’t even devise a simple innocent-man-gets-hunted scenario. He tumbles to the Screenwriting 101 idea that Luther should locate evidence that clears him early on, then lose it (reversal!), but the best he can do is have some kids conveniently witness and videotape the murder, then inexplicably do nothing with the recording; apparently they’re content to wait until the guy who was framed tracks them down and asks them for it. Upon securing this proof of his innocence, Luther gives the only copy not to the police, or to the press, but to his dad (Fred Dalton Thompson), a Catholic priest who’s promptly killed by the bad guys. This sort of escalating ineptitude permeates the entire film, though Luther eventually does manage to get his hands on some security-cam footage that exonerates him and deliver it to Fox News’ Gretchen Carlson. Thus does “fair and balanced” reporting save the day in a film so threatened by the very concepts of fairness and balance that it just about breaks out in hives.