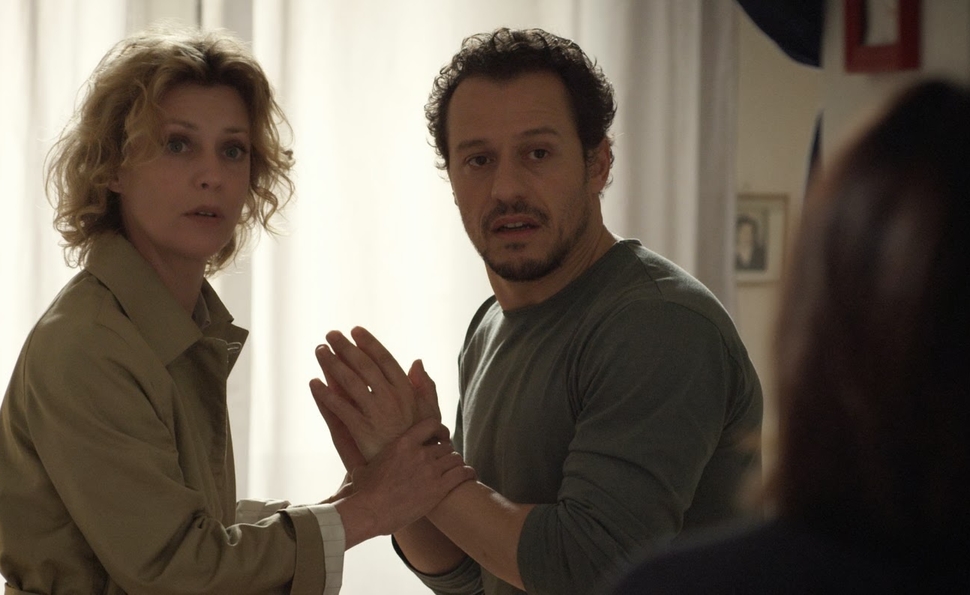 The protagonist of A Five Star Life makes it her business to focus on tiny details. Every time Irene, a professional hotel mystery guest, checks into yet another luxury suite, she white-gloves every surface for traces of dust, sniffs the complimentary bathrobes to ensure they’re scented as promised, and sizes up the steward to determine whether every aspect of his presence, from the quality of his shoes to the pleasantness of his demeanor, meets the highest mark. As a woman with the power to diminish the twinkle of a hotel’s five-star rating, Irene is committed to making sure the most minor elements meet the bar for excellence.

It turns out that director Maria Sole Tognazzi is similarly meticulous in her filmmaking. That attention to detail is what makes A Five Star Life, called Viaggio Sola in Italian, such a frequently sumptuous pleasure to watch, even when it doesn’t fully engage its audience. Tognazzi frames shot after shot with a careful elegance that matches the orchestrated sophistication in all those high-end accommodations Irene must assess. In one scene, the camera focuses on an army of wine glasses lined up with military precision on a table at a Tuscany resort. In another, Tognazzi switches back and forth between images of Irene—bathrobed and practically hermetically sealed within Switzerland’s grand Gstaad Palace—and the majestic, snowcapped mountains just outside the Palace’s floor-to-cathedral-ceiling windows. Visually, in that moment and others, Tognazzi implies that luxury’s lap can be cushy and alluring, but also lonely and alienating.

Irene, played with appropriately breezy nonchalance by Margherita Buy (Caterina In The Big City, The White Space), is indeed living a life of quiet, albeit opulent, isolation. In her 40s, unmarried, and childless by choice, she devotes herself to a career that jets her away to cities like Berlin and Marrakech, making it hard to maintain consistent bonds with her best friend, a former lover named Andrea (Stefano Accorsi), and her sister (Fabrizia Sacchi), who cautions Irene about the lack of intimate connection in her life. When Irene’s boss asks her to take on even more undercover hotel-quality spy work, she says yes, bluntly noting what he’s too polite to point out: “I’m your ideal inspector because I have no life.”

Thematically and narratively, A Five Star Life has a lot in common with Jason Reitman’s Up In The Air, which follows elite frequent flier George Clooney as he deals with the kind of existential doubts that eventually begin to plague Buy’s character. Like that film, A Five Star Life steers away from pat answers and stereotypically Hollywood conclusions, a narrative direction that’s all the more refreshing with a woman in the lead role. But in its second half, Tognazzi’s movie derails as it starts trying to hammer home its points with too much force. When Irene meets a writer (Lesley Manville) who makes a long speech about how “luxury is a form of deceit,” both the dialogue and Manville’s role as a catalyst for change are far more on-the-nose than they need to be. Because Irene often is so removed from others—a mystery guest to those she loves, and to herself—some viewers also may feel emotionally distant from her story, despite the charms of all the picturesque locales.

There’s a scene in A Five Star Life in which Irene methodically drops a thermometer into a glass of white wine that’s just been delivered to her room in that aforementioned Tuscany resort. It’s two degrees too warm, she complains, immediately noting the transgression on her lengthy checklist. That moment captures the essence of A Five Star Life, which, even with all its beautiful cinematography and Tognazzi’s admirably painstaking attention to detail, falls short of great by just a couple of degrees that simply have to be noted.