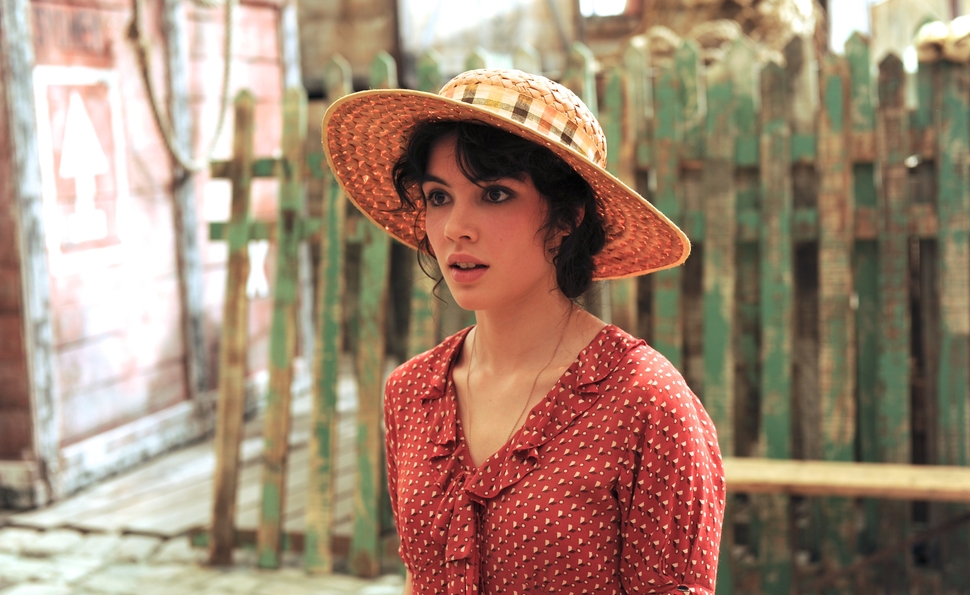 Daniel Auteuil made his international reputation as the star of twin Marcel Pagnol adaptations—1986’s acclaimed Jean De Florette and Manon Of The Spring. Apparently feels he owes Pagnol an enormous debt, and he’s determined to repay it. Three years ago, the actor made his directorial debut with The Well-Digger’s Daughter, a remake of Pagnol’s 1940 film; Auteuil also penned the screenplay, despite having no previous writing credits over the entire course of his lengthy career. The movie got mildly respectable reviews and did modest business… but that was plenty of encouragement, it seems, as Auteuil has now ambitiously turned to the trilogy for which Pagnol is best known in France: 1931’s Marius, 1932’s Fanny, and 1936’s César. While he’s only completed the first two films so far, the results don’t make a strong case for the material’s continuing relevance, or for Auteuil as someone who belongs behind a camera.

Originally written as stage plays, Marius and Fanny are nearly nonstop talkathons, set in a handful of locations near the port of Marseilles. Marius, the lesser of the two, is all protracted setup, taking 94 minutes to tell the same basic story that the soft-rock 1970s hit “Brandy (You’re A Fine Girl)” manages in just three. A headstrong lad weary of toiling in his father’s bar, Marius (Raphaël Personnaz) has long been in love with Fanny (Victoire Bélézy), the girl who works at the open-market seafood stall right outside. What a good wife she would be! But Marius’ life, his lover, his lady… is the sea. Consequently, when Fanny receives a marriage proposal from wealthy middle-aged candle merchant Honoré Panisse (Jean-Pierre Darroussin), Marius explodes with jealousy, yet refuses to openly return Fanny’s affection, knowing that at the first opportunity, he’s likely to jump onto a ship and disappear for several years. Meanwhile, his oblivious father, César (Auteuil), and Fanny’s high-strung mother, Honorine (Marie-Anne Chazel), attempt to play matchmaker with their kids, setting the stage for tragedy when Marius gets a chance to set sail.

Perhaps out of a misguided sense of fidelity to the original films (made in the early sound era, when the camera had to be mostly locked down), Auteuil shoots Marius’ lengthy conversations primarily in medium close-up, emphasizing the staginess. This strategy also trusts more in Personnaz and Bélézy than is really warranted—both are attractive and talented, but neither one possesses the degree of natural charisma that this fairly simple tale demands. Bélézy, in particular, has trouble making sense of Fanny’s self-abnegating game of push-pull, which involves shoving Marius toward the waiting ship while secretly hoping her passion will ultimately prevent him from actually leaving. Then again, a lot of the story’s emotional shifts seem designed expressly to prolong the narrative, which is pretty darn skimpy. For Marius, it boils down to the title of another future pop song: “Should I stay or should I go?” Ultimately, he goes.

Fanny begins literally seconds after Marius ends, making the two films seem more like a single movie chopped in two (à la Nymphomaniac, or Kill Bill) than like a diptych. (The decision to release them on consecutive weeks was smart.) Visually, nothing’s changed, with Auteuil still framing his actors (and himself) in purely functional medium shots, occasionally punctuated by postcard-pretty views of Marseilles’ piers. Dramatically, however, Fanny is a bit meatier, as the abandoned title character discovers that she’s pregnant with Marius’ child—a potentially life-ruining problem in the 1920s, when these films appear to be set. It also benefits from having Darroussin (Red Lights, Un Air De Famille), who’s generally the best thing about any movie in which he appears, playing a more prominent role, as Panisse renews his offer of marriage to Fanny, gallantly volunteering to raise Marius’ son as his own. When Marius inevitably returns well before the end of his five-year passage, Panisse’s outrage at the kid’s smug entitlement registers most strongly; Darroussin wields the character’s wounded dignity like a cudgel, making the young lovers who lend the movies their names look very small indeed. One great performance, however, doesn’t justify Auteuil’s decision to remake a series of films that are an inextricable part of their own era. He’s reportedly working on César now, but it’s hard to imagine that anyone’s eagerly awaiting it.