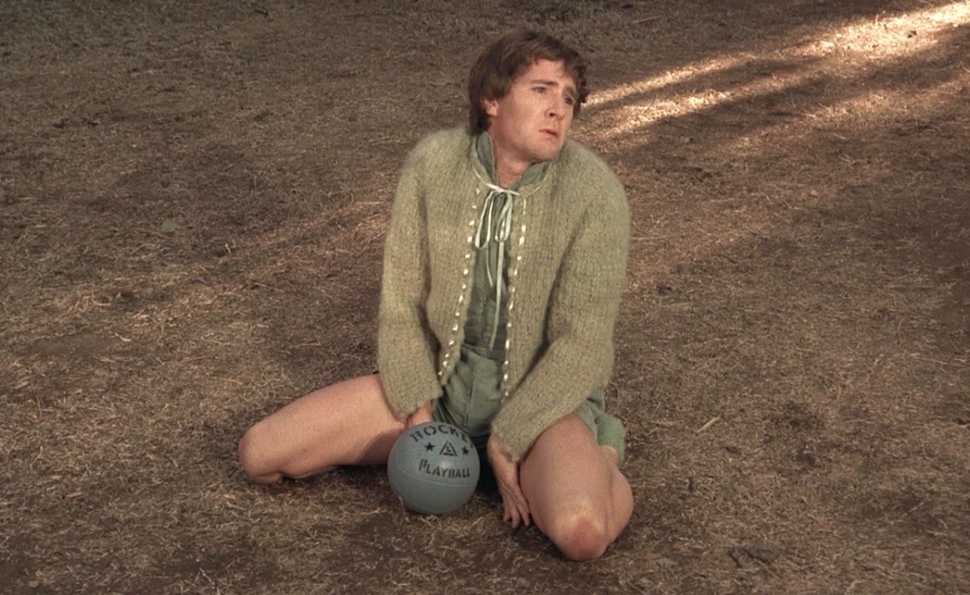 When director Ted Post died last year, his passing didn’t go unnoticed, but neither did it draw many long, loving tributes, because Post wasn’t the kind of filmmaker who had a rabid following. He was more of a well-respected craftsman, typically only as good as his material. Even when he worked on well-written TV series (like Combat!, The Twilight Zone, or Columbo) or movies (like Hang ’Em High, Beneath The Planet Of The Apes, or Magnum Force), Post kept his touch light, and stayed out of the way of the script and stars. That’s one reason why the 1973 psychological thriller The Baby is so remarkable. The Baby would be one of the weirdest horror films of the decade regardless of who directed it. The fact that Post helmed it makes it all the odder.

Written and produced by Abe Polsky, The Baby stars Anjanette Comer as a social worker named Ann who asks to be assigned to one of the more notorious families in her community: the Wadsworths, whose raspy-voiced matriarch (Ruth Roman) pushes around her two sexy grown daughters (Marianna Hill and Suzanne Zenor), and structures all of their lives around a developmentally delayed adult male they call “Baby.” Baby (played by David Manzy) wears a diaper, sleeps in a crib, crawls on the floor, and doesn’t form words. Ann’s interest in Baby initially seems driven by mere curiosity, mixed with genuine affection for her client, but Ann arouses suspicion from the Wadsworths when she starts offering to take Baby to a clinic for tests, to see if he could be taught to walk and talk.

What is Baby’s actual condition, and why wouldn’t Mrs. Wadsworth want him to get any better? Polsky and Post’s refusal to answer those questions is part of what makes The Baby such a deeply disturbing film. (This is one PG-rated movie that feels like it should be rated X.) But there’s also a sexual undertone to a lot of what happens in the film, and it makes all these women’s relationship to Baby more complicated.

Early in The Baby, Baby’s babysitter is talking on the phone with a horny boyfriend, but has to hang up to change Baby’s wet diaper, after which she tries to calm him down by letting him suckle at her breast. Meanwhile, Baby’s two sisters constantly wear tight or low-cut blouses, and one is seen stripping off her nightie and crawling into his crib after dark. Add to that Mrs. Wadsworth’s story about how Baby’s father walked out on her shortly after he was born, and the implication here—never expressly confirmed—is that these women are inclined to physically and psychologically torture Baby for their own twisted, misandrist reasons. One scene confirms it: When Baby almost stands up at Ann’s prompting, his sister takes him back to his room, jabs him repeatedly with an electric cattle-prod, and hisses, “Baby doesn’t walk, baby doesn’t talk, and baby doesn’t stand.”

In the last third of The Baby, Ann tries to save Baby from the Wadsworths—for her own not-so-pure motives, as it turns out—and the movie becomes less of a creepy domestic drama and more of an out-and-out suspense picture, complete with chases, murders, and narrow escapes. In fact, without the “grown baby” hook, The Baby might merely be a competently made genre film. With Baby, though, the film becomes a warped mirror on American family life, depicting parenting as an act of grotesque selfishness. Someone with artier inclinations might’ve turned this idea into something darker and more overtly symbolic. But in a way, Post was the perfect person to direct The Baby, because he didn’t treat the premise as inherently freaky. The film’s normalcy is its most alarming trait.