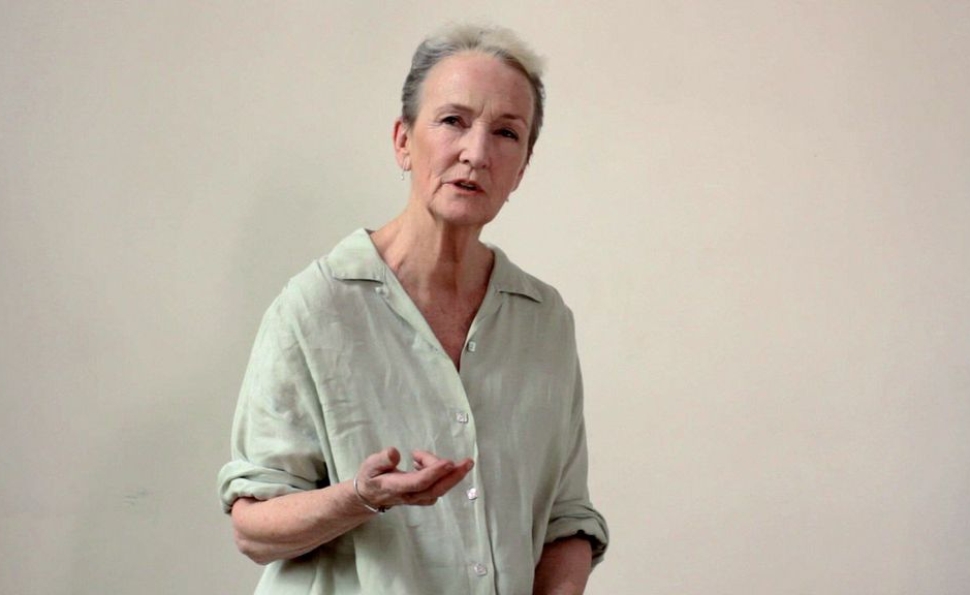 For a 50th-anniversary celebration, Baltimore’s Center Stage invited 50 playwrights to fashion a short monologue answering the ridiculously broad question “What is my America?” Each monologue was filmed by Hal Hartley, and 21 of the 50 pieces have now been compiled into a short feature film, My America, that looks like exactly what it is: a bunch of theatrical monologues strung together. Apart from varying the camera position (most of the pieces appear to have been shot in the same room) and occasionally the editing rhythm, Hartley does little to adapt these works to a different medium, and the resulting film isn’t recognizable as his work in any way, apart from the presence of a few actors (Thomas Jay Ryan, Kathleen Chalfant) who’ve appeared in his other movies. Instead, My America rises and falls—pretty dramatically—on the strengths and weaknesses of its individual segments, which collectively represent an eclectic cross-section of contemporary playwriting, even though most of the writers regard the structuring question with profound cynicism.

Oddly, some of the best-known writers (Anna Deavere Smith, Christopher Durang, Lee Blessing, Rinde Eckert) and actors (Michael Emerson, Tracie Thoms, Terry O’Quinn, Bobby Cannavale, Carrie Preston, Marin Ireland) who participated in the original project aren’t included in the film version. Of the writers who are, Neil LaBute is the most celebrated, but his monologue, “Current Events,” is one of the weakest—a simpleminded portrait of narcissism in which a hugely privileged young woman (Gia Crovatin) describes her petty struggles while constantly checking her smartphone, concluding with the repugnant plea, “When do I get to stop caring so much, and when is it gonna start being a little bit more about me?” Greg Allen, founder of the Chicago ensemble The Neo-Futurists (Too Much Light Makes The Baby Go Blind), performs a much more creative spin on the same idea, rattling off a hilarious rapid-fire stream-of-consciousness riff on American iconography: “This land is your land, but this land is my land, so stay the fuck off!” Allen’s monologue, pointedly titled “Me America,” is also far and away the most cinematic, as Hartley and his editor, Kyle Gilman, chop its delivery into little pieces, employing cuts as punctuation.

That’s the exception to the rule, though. Most of the monologues are either delivered in a single take or might as well have been, and My America serves primarily as a reminder of just how many first-rate actors there are working in the theater, unknown to filmgoers. Even the mediocre pieces are beautifully performed—there’s not much to Danny Hoch’s “Phil,” in which a Puerto Rican clerk in what seems to be a hardware store (they copy keys, at any rate) spouts thoughtless invective at every other minority group in America, but an actor named Angelo Lozada puts a jovial, conspiratorial spin on the character’s ugly words, expertly communicating the idea that hate speech can be a way of trying to manufacture a speedy bond, an act of attempted collusion. Recent Tony nominee Jefferson Mays (A Gentleman’s Guide To Love And Murder) has enormous fun with Rinne Groff’s “Fire In Dreamland,” pitching a crazy movie idea to an unseen investor, and John Ellison Conlee energetically barks his way through Lynn Rosen’s “The Amazing America Auction,” selling a warped conception of the American Dream while implicitly bemoaning his own existence. (“You didn’t work hard washing dishes, delivering food, taking the bar exam three times just to please her, only to be left with an empty bed and a bill for her cat’s dialysis—you didn’t suffer that only to live a small life. No! You came here to be a titan, so do I hear eight?”) Hartley has cast Lozado, Mays, and Conlee, as well as several of the other actors here, in his upcoming feature Ned Rifle, so while My America isn’t really much of a movie, it does make a fairly tasty appetizer for the forthcoming main course.