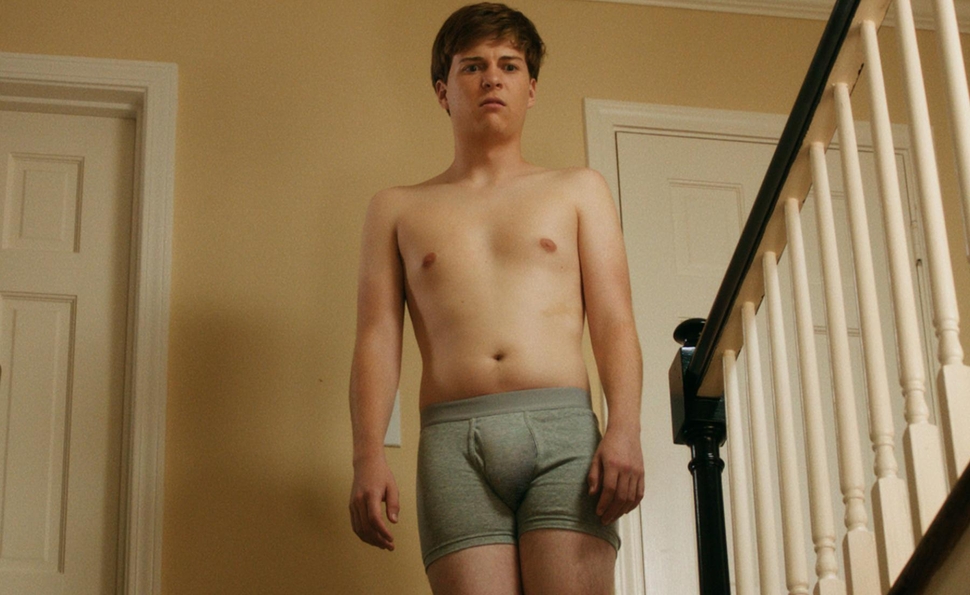 The post-Porky’s sex comedies of the mid-1980s thrived on home video and late-night cable, drawing eager young masturbators with titles like Screwballs, Joysticks, Hardbodies, Private Resort, Fraternity Vacation, and The Malibu Bikini Shop. But aside from a few blink-or-you-miss-’em shots of sorority showers or one-way mirrors, the movies were something of a bait-and-switch: For every second of boob shot, there were 59 seconds of sexual humiliation and social inadequacy, to the point where teenage boys learned to expect that their encounters with women would be short-lived and disastrous. (Though the women would be gorgeous and unaccountably willing.) Arriving on the heels of Edge Of Tomorrow, the dim comedy Premature owes a similar debt to the looping time structure of Groundhog Day, but it owes more to those inglorious sex teases of the ’80s, when wet dreams became waking nightmares.

Premature begins—and begins and begins—with just such a wet dream, as Rob (John Karna), a high-functioning nerd, wakes up to his mom barging into his room and seeing the incriminating pools of semen on his underwear and sheets. From that embarrassment, Rob embarks on an eventful day that includes a college interview with an official at Georgetown (Alan Tudyk), where his parents went to school, and a private tutoring session with Angela (Carlson Young), a blonde whose legendary promiscuousness has earned her the nickname “After School Special.” But meeting with Angela means blowing off watching the spelling bee with his good friend Gabrielle (Katie Findlay), whom he’s somehow never considered in a romantic way, because this is a movie. Depending on what decisions he makes, his days can head off in different directions, but they always end when he ejaculates.

Co-writer/director Dan Beers gets some comic mileage out of Rob having to masturbate his way out of scrapes, like when bullies chase him down the hallway, or when he’s stuck in the girls’ locker room. But Premature isn’t nearly as inventive and witty as Groundhog Day or Edge Of Tomorrow about finding fresh angles on repeating events, and it overestimates how much the audience might care about the self-improvement of a bland, clueless douchebag. The variables in Rob’s day: getting a lecture from his dad on the importance of the college interview; hearing his best buddy (Craig Roberts) boast about losing his virginity to another dim beauty (who wants to “practice” for future partners); getting shot in the khakis with a super-soaker filled with urine; fumbling pathetically in Angela’s bedroom as an Israeli exchange student tries to peep; and so on. Not a “Ned Ryerson”-quality joke in the bunch.

The bigger problem for Premature, beyond the misogyny and dubious political incorrectness, is that the right answer to Rob’s dithering is clear to everyone but Rob. He spends day after spooge-ending day following a Choose-Your-Own-Adventure through various mishaps and dead-ends while Gabrielle—cool, pretty, smart, available—waits on the sidelines for him to figure it out. It’s conceivable for a teenager like Rob to consider the fastest, easiest route to put his virginity to rest, but when he has so much time to think about how best to get through a single day, he looks like an idiot for never thinking of Gabrielle. The women of Premature exist as options for Rob, blank and predictable, but it’s safe to say that if the tables were turned, they’d only need one day to tell him to get lost.