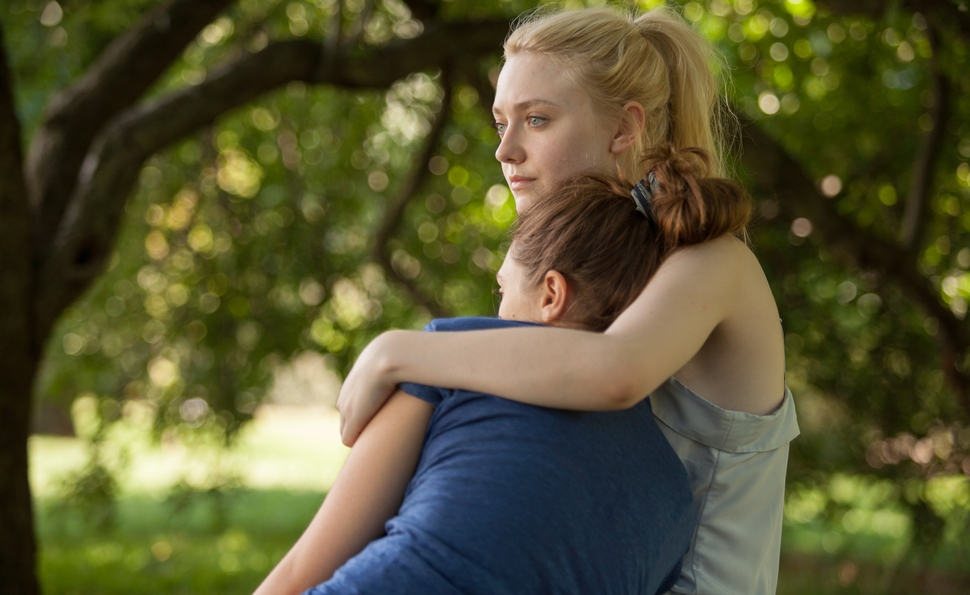 Movies about female friendship are rare, so it’s dispiriting when one comes along, then hauls out the same tired plot in which both women fall for the same guy. Very Good Girls can’t even blame rampant film-industry sexism, as it was written and directed by Naomi Foner, making her directorial debut after many years as a screenwriter (Running On Empty, Losing Isaiah, Bee Season). Foner is also Maggie Gyllenhaal’s mom (and Jake’s), which in theory should make her even more sensitive to how thin and subsidiary most roles for actresses tend to be, hence more determined to counteract that tendency. Why she’d devote her energy to creating two young women defined almost entirely by their competition for a generic hunk is a mystery—though she’s at least made sure that the guy is even more boring than the girls.

Age-appropriate casting isn’t Foner’s forte, either. Elizabeth Olsen is five years older than Dakota Fanning, and looks it, but both play recent high-school graduates here, with the brainier Lilly (Fanning) prepping for her freshman year at Yale, and the more fun-loving Gerry (Olsen), who’s staying in Brooklyn, worrying about feeling lonely when Lilly’s gone. Both are still virgins, and unhappy about it, though they have enough of a rebellious streak to run naked into the ocean at a crowded (non-nude) beach. The stage is thus set for a contemporary version of Little Darlings, with the two friends determined to finally do the deed over the course of what may be their final summer together. Trouble is, they both go gooey for David (Boyd Holbrook), an ice-cream vendor they meet on the boardwalk, who’s smitten with Lilly, but actively pursued by Gerry. This kicks off a complicated idiot plot in which Lilly sleeps with David behind Gerry’s back while pretending to have no interest in him, then shoves him in Gerry’s direction after Gerry’s father (Richard Dreyfuss—who’s 15 years older, by the way, than Demi Moore, playing Gerry’s mother) suddenly drops dead. Because that’s what you do for a grieving, despondent friend: try to get her laid with a guy she doesn’t know you’ve stolen from her. And then get really pissed off when your plan succeeds.

All this monumental stupidity—which extends to a subplot about Lilly’s pervy boss (Peter Sarsgaard, Foner’s son-in-law) at her summer job—defeats Fanning’s valiant effort to make Lilly a credibly complex character. Among other things, Lilly seems way too smart to be interested in David, whom Holbrook fails to provide with even a smidgen of personality. In the film’s most unintentionally hilarious scene, David brings Lilly back to his place, which turns out to be some artist’s giant loft (“He lets me sleep here in exchange for being kind of a security guard”), and makes his big move by handing her a volume of Sylvia Plath’s poetry and asking her to read it to him. Sylvia Plath! Succumbing to those ostensible charms makes Lilly look like a Nicholas Sparks heroine, and the idea that her intensely close friendship with Gerry (for whom David actually seems like a good match—Olsen and Holbrook are now engaged in real life) could be threatened by somebody so vacuous, or even by anxiety about still being a virgin, is just insulting. So is the climactic reconciliation, which has Lilly and Gerry stripping down to their underwear for no apparent reason (except that it’s “liberating,” perhaps). With female auteurs like this, who needs men?