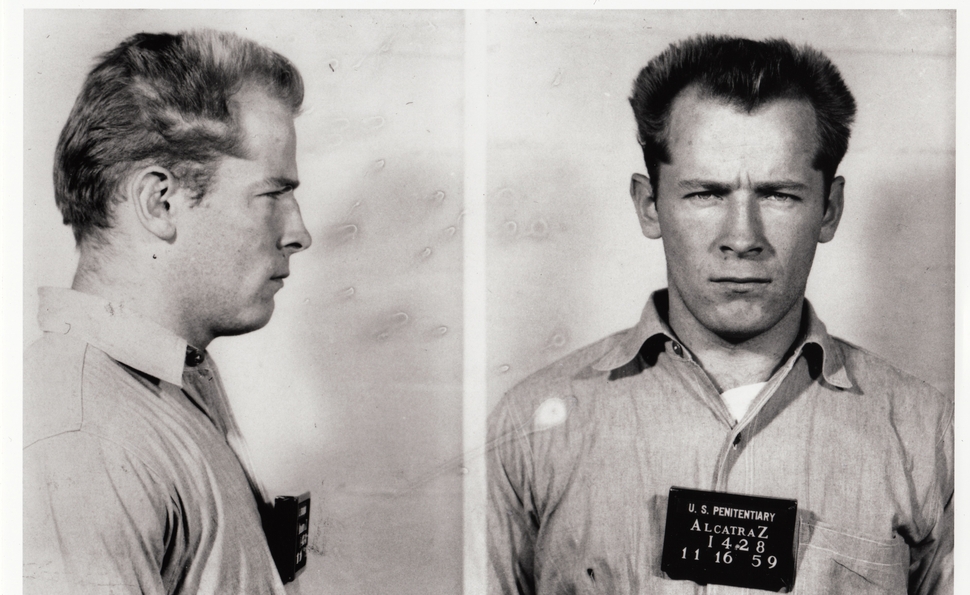 Having co-directed three documentaries about the West Memphis Three, Joe Berlinger knows something about miscarriages of justice. That may sound like an odd introduction to his new doc about James “Whitey” Bulger, the former Boston gang-lord who was finally captured in 2011 and convicted in 2013, after 16 years on the run—during which time he often ranked second, behind Osama bin Laden, on the FBI’s Most Wanted list. Berlinger doesn’t mean to suggest that Bulger doesn’t belong in prison. WHITEY: United States Of America V. James J. Bulger isn’t directly concerned with Bulger’s various crimes. Instead, the film takes issue with the “v.” ostensibly opposing Bulger with the U.S. government, making a disturbingly strong case that the crime boss’ long reign of terror during the 1970s and 1980s was not merely condoned, but actively enabled by numerous arms of the justice system.

According to Bulger—heard in the film via a phone call with his attorney—he had members of the Boston police, the Massachusetts State police, and the FBI on his payroll, and even made a deal with one high-ranking Fed—who was fearful of Mafia retaliation following a big arrest—that Bulger would kill the threatening parties in exchange for lifelong immunity. There’s no particular reason to believe him, but Berlinger digs up plenty of corroborative evidence, though most of it is suggestive rather than conclusive. The FBI maintains that Bulger worked for them as an informant, for example, which Bulger vehemently denies. When the Feds provide a 700-page file on him as proof, however, repeatedly stressing its enormous size, an investigator who specializes in cases involving informants points out that such a file would typically be more like 700,000 pages, and further notes that the documents in Bulger’s file are missing a great deal of internal data, such as the multitude of initials that show who read each page and signed off on it.

It’s a compelling story. Trouble is, it isn’t a terribly visual story, and this documentary doesn’t serve it nearly as well as a book or lengthy article would. (There are multiple books on the subject, actually, and their authors are interviewed in the film.) Berlinger and his co-director on the Paradise Lost trilogy, Bruce Sinofsky, were fortunate enough to be able to film the original trial of the West Memphis Three, securing tons of invaluable footage. Cameras weren’t allowed in Bulger’s trial, however, so Berlinger is forced to re-create key moments, having actors (or in some cases, the actual participants) speak passages from the transcript as the text appears onscreen over a drawing of a courtroom. This isn’t particularly satisfying, and the film’s various expository talking-head shots aren’t much more cinematic. One journalist, to whom the film returns whenever it feels the need to clarify something, even narrates events into what looks like a radio DJ’s microphone, which only underlines how little is happening visually.

Berlinger still excels at earning people’s trust—as he did in Brother’s Keeper and the original Paradise Lost—so they let their guard down in front of his camera. WHITEY works best when it just listens to the relatives of Bulger’s victims, who still acutely feel the loss decades later. A man whose sister was murdered trembles with rage as he tells Berlinger (he continually says “Joe,” talking as he would to a close friend rather than a movie director) that he’d kill Bulger himself in the unlikely event of an acquittal, even if that means a lifetime in prison. In another context, such moments might be mere tabloid fodder. Here, they feel powerfully intimate, and it’s deeply distressing when one man, an extortion victim who speaks with great emotion of feeling permanently emasculated after Bulger threatened his family, suddenly dies under mysterious circumstances halfway through the film. A closing title reveals that his death was found to be unrelated to Bulger (he was murdered by a business rival), but his abrupt disappearance from the movie works metaphorically. It’s the rare element that would be less effective on the page.