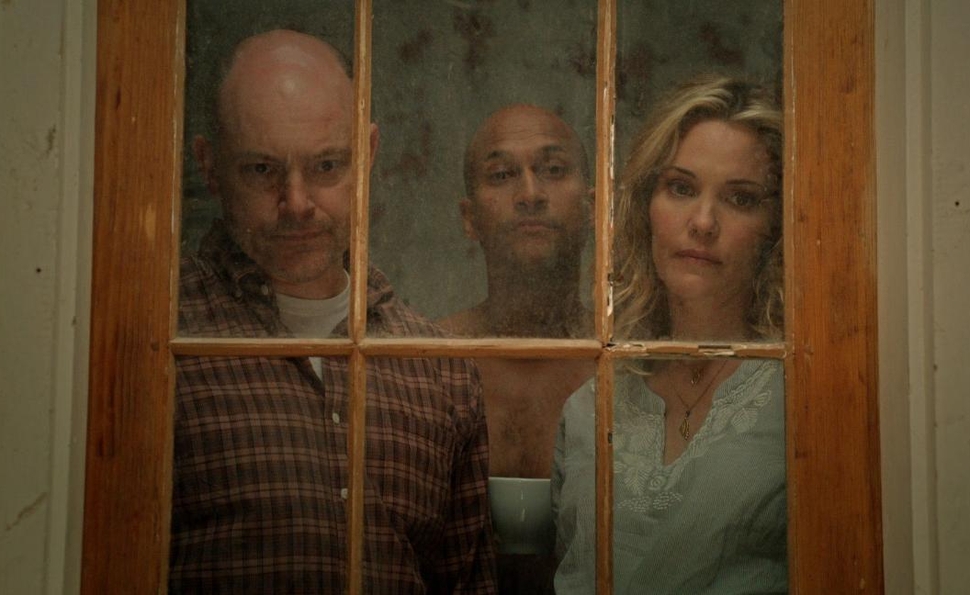 As noted in the subtitle of Writing Movies For Fun And Profit: How We Made A Billion Dollars At The Box Office And You Can, Too!, Thomas Lennon and Robert Ben Garant’s tongue-in-cheek yet genuinely educational book on screenwriting, they’ve made a fortune writing smash hits like the Night At The Museum franchise and the little-remembered but lucrative Vin Diesel vehicle The Pacifier. Lennon and Garant have been less successful, however, in reaching the big screen with the anarchic goofiness of their television work on cult favorites like The State and Reno 911! Garant directed the big-screen adaptation of Reno 911!, their largely improvised Comedy Central hit, and it represented the purest cinematic representation of the pair’s goofy, freewheeling, proudly ribald aesthetic. But elsewhere, their smart-ass sensibility has gotten lost in the soul- and comedy-killing machinery of studio filmmaking in bloated dreck like Taxi and Herbie: Fully Loaded.

As many good seasons of Reno 911! illustrate, Garant and Lennon can create inspired comedy out of nothing. The raunchy new horror-comedy Hell Baby—which Lennon and Garant co-directed, co-wrote, and co-star in—plays to their strengths as performers and filmmakers. It’s modest, scrappy, and resourceful, a low-budget comedy that makes the most of a central setting and a cast packed with gifted improvisers.

Rob Corddry and Leslie Bibb star as Jack and Vanessa, a yuppie couple who move into a dilapidated mansion in the New Orleans ghetto with an eye toward flipping it quickly for a hefty profit. It quickly becomes apparent, however, that they’ve made a seriously bad investment when F’Resnel (Key & Peele’s terrific Keegan Michael Key), a cheerful, Shakespeare-loving man who sometimes sleeps in the house’s crawlspace, reveals they’ve moved into the world’s most notoriously evil house, which oozes blood on its good days.

Soon, Vanessa is pouring herself large glasses of wine and sucking down Valium despite being massively pregnant, which for a woman of her social caste is just as clear a sign she has gone over to the dark side as a pentagram on her forehead would be. The spooky goings-on also attract the attentions of a pair of cops (Human Giant alumni Rob Huebel and Paul Scheer) and a pair of tough-guy priests played by Lennon and Garant.

Hell Baby is never afraid to stray from its main narrative for inspired detours, like a winningly goofy sequence where the priests unpack the convoluted backstory of how they became partners with the cops; it has nothing to do with the plot, but cleverly riffs on buddy-cop-movie conventions and the nature of storytelling. In Hell Baby, the devil is both inside Vanessa’s haunted womb and in the details. In a particularly inspired bit, the priests share the story of an exorcist vivisected by an umbrella—and not even by the sharp end of an expensive umbrella, but the blunt side of a cheap radio-station promotional giveaway. The priest’s superior complains that the level of detail is wholly unnecessary, but those are exactly the kind of weird, wonderful details that give the film life.

Corddry makes for an amusingly exasperated straight man, Bibb delights in ever-escalating villainy, and Riki Lindhome of the comedy-music duo Garfunkel & Oates steals scenes and makes an indelible impression as Vanessa’s frequently naked, banjo-plucking Wiccan sister. Lennon and Garant make their sunglasses-wearing emissaries of the Lord the spiritual progeny of Don Novello’s gossiping Father Guido Sarducci, men of the cloth entirely too concerned with earthly matters. Hell Baby falls unmistakably on the “comedy” side of the horror-comedy divide. It isn’t overly concerned with being scary, just with delivering a steady stream of laughs.

Hell Baby unfortunately closely follows the releases of a pair of dire horror-comedies set in haunted houses: Scary Movie 5 and A Haunted House. But where those parodies riffed on Paranormal Activity and its ilk (despite huffy protestations to the contrary from A Haunted House’s Marlon Wayans), Hell Baby uses the rough framework of the haunted-house movie as a springboard for often-inspired shenanigans. Hell Baby is different from Scary Movie 5 and A Haunted House in another crucial aspect as well: It’s genuinely funny, a condition all too rare in horror-comedies, comedies, and movies written by Lennon and Garant.