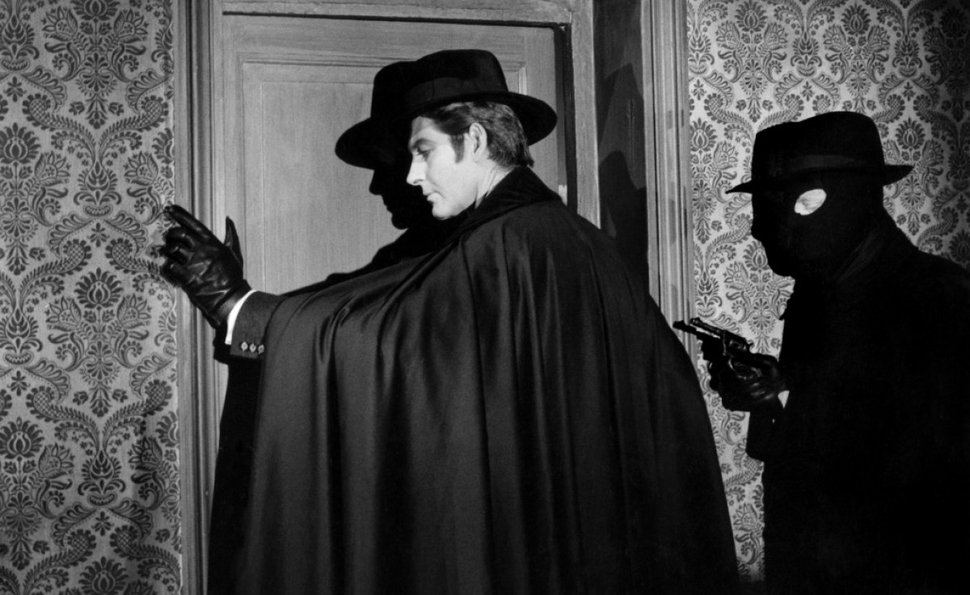 In an interview included on Criterion’s new DVD/Blu-ray edition of Georges Franju’s 1963 film Judex, one of the movie’s screenwriters, Jacques Champreux, suggests the director meant to re-create “the poetry of the cinema of his childhood.” Champreux is the grandson of Louis Feuillade, one of the men responsible for that cinema of Franju’s childhood: the man who created the popular early-20th-century French serials Fantômas, Les Vampires, and Judex. And Franju is one of the men responsible for introducing the French New Wave generation to Feuillade, having shown battered prints of those serials at the Cinémathèque Français. Franju didn’t initiate the Judex remake; Champreux brought it to him. But Franju—who prior to becoming a feature director had written film criticism, and had made documentaries that doubled as metaphorical critiques of French society—treated the job as an extension of what he’d always done with cinema. He preserved, spotlighted, interpreted, and personalized Feuillade.

In its original form, Feuillade’s Judex (made in 1914, released in 1916) ran for 12 half-hour episodes, telling the story of a cloaked hero, code-named “Judex” (“Judge”), who leads an underground ring of talented vigilantes in a campaign to thwart an evil banker, M. Favraux. Feuillade’s version of Judex explains more about who the hero is, and squeezes in a number of subplots. In Franju’s Judex (co-written by Champreux and Francis Lacassin), the hero has no history to speak of, and the subplots and minor characters all seem incidental, meant only to fill out the background. Judex just appears one day at Favraux’s masquerade party, performing magic tricks in a disturbingly realistic bird mask; then he knocks the ruthless robber baron unconscious with poison and dumps him in a dungeon, underneath a glowing white screen on which Judex scrawls his intention to extract financial justice.

Channing Pollock plays Judex; Michel Vitold plays Favraux; Francine Bergé plays Diana, one of Favraux’s scheming servants/lovers; and Édith Scob plays Favraux’s kindly daughter, Jacqueline. The angelic Jacqueline and the devious Diana are both breathtakingly beautiful, but like Judex and Favraux, they’re in natural opposition: light against dark. In fact, the impression Judex leaves is that all four of these characters are bound to each other, and will keep finding themselves in each other’s company, even in a community populated by other criminals and crime-fighters. All the other characters and plot-points of Feuillade’s Judex stand like signposts in Franju’s Judex, for Judex, Favraux, Diana, and Jacqueline to pass by.

In an essay on Judex in the Criterion booklet, critic Geoffrey O’Brien describes Franju’s streamlining of Feuillade’s plot as a way of extracting “the imagistic essence of every plot turn, so that his movie seems all high points, every shot climactic, with no downtime whatsoever.” But while O’Brien’s right that no shot or scene is wasted in Judex, his description leaves the impression that this movie is breathlessly action-packed, which isn’t entirely accurate. Part of Franju’s re-creation of the past involves letting scenes play out in near-silence—as though copying Feuillade’s work frame for frame—with minimal sound effects and only occasional bursts of Maurice Jarre’s alternately lilting and blaring score. As a result, Judex’s pacing is syrupy and its tone hazy, like a halting, half-remembered dream of a movie that may have never existed.

But Judex did exist, and Franju’s attraction to specific images and scenes from Feuillade—combined with some powerful images of his own—gives the movie a strong pull, which gets even stronger on repeat viewings, once all the plot machinations fade further into the background. Judex doesn’t call back to silent serials and costumed do-gooders for the camp value; instead, Franju lingers lovingly over a villainess in a form-fitting bodysuit, and follows the slow, step-by-step ritual of entering a secret lair, because he likes the shapes and the implications. It’s no coincidence that the same private detective who quotes Lewis Carroll to Jacqueline’s daughter Alice in an early scene is later seen peeping through a keyhole. Judex opens with an iris in, and Franju keeps suggesting the boundaries of the motion-picture frame are just a portal to enter. Through that portal sits a window, leading to a door, allowing access to a stairway, winding down to a tunnel, which connects to another portal. The enchantment is always in the invitation to proceed, never in the promise of an end.

In addition to the Champreux interview (and one with Bergé), Criterion’s Judex set includes two of Franju’s early documentaries: a half-hour homage to the life and work of Georges Méliès, and a 20-minute portrait of a military museum adjacent to a veteran’s hospital. The disc also adds an hourlong 1998 episode of the French TV series Cinéma De Notre Temps, which combines clips from a number of Franju’s films with comments by the man himself. The Cinéma De Notre Temps episode, “Franju The Visionary,” is the most valuable extra here, for the way it explores and explains the director’s approach to framing images. But the two shorts, “Le Grand Méliès” and “Hotel Des Invalides,” say a lot about Franju too—the former for how it both celebrates and exposes illusion, and the latter for how it turns a grand commemoration of war into something simultaneously terrifying and ludicrous.