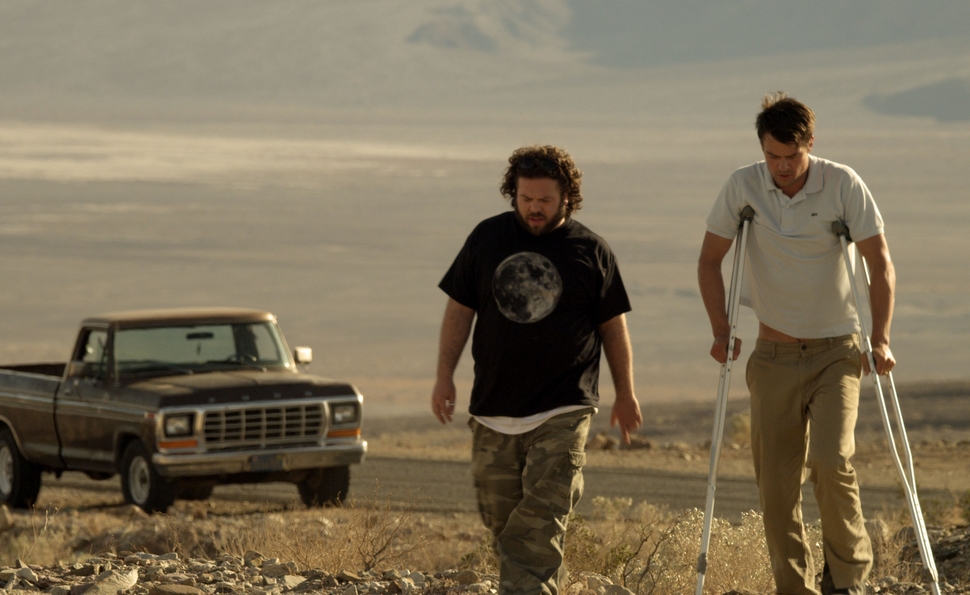 Back in 2002, audiences at Sundance and Toronto flocked to see Gus Van Sant’s brilliant but demanding Gerry, then fled in droves when they realized it was going to be literally nothing but Matt Damon and Casey Affleck wandering through the desert. These dissatisfied viewers were probably expecting something along the lines of Scenic Route, a much more conventional two-hander about best friends stranded in the middle of nowhere. For one thing, there’s a lot less aimless walking and a lot more heartfelt talking. More importantly, their adventure, punishing though it is, provides an opportunity to reassess their respective lives—which, in time-honored buddy-flick tradition, are just about as diametrically opposed as is credible for two people who allegedly enjoy each other’s company.

Exactly where Mitchell (Josh Duhamel) and Carter (Dan Fogler) are headed, or where they are when Carter’s truck breaks down, is never established. The map says they’re at least 60 miles from the nearest town, on a stretch of highway that improbably sees another car pass by approximately once per day. Initially, they aren’t even really stranded—Carter has faked engine trouble in the hope that being stuck for an hour or two will force Mitchell, who’s spent most of the road trip in silence, to finally open up a little. But the wire Carter pulls from under the hood does accidentally render the vehicle inoperable, leaving the duo with plenty of time to rip into each other’s life choices; trade wistful anecdotes about their frustrations with adulthood; discuss the wisdom of Mitchell getting a mohawk haircut, right now, with a pair of tiny scissors from a Swiss Army knife; and eventually descend into an all-out brawl. 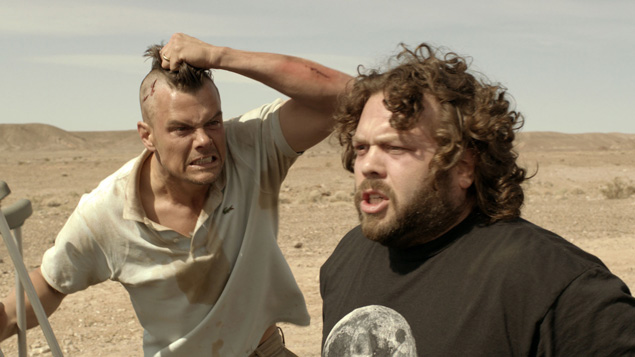 Duhamel and Fogler play off each other nicely in the early going, as Carter berates Mitchell for having sold out on his dreams of being a musician, and Mitchell suggests that Carter’s lifestyle—unemployed and living in his truck at age 30—perhaps leaves something to be desired. The arguments and contrasting worldviews are banal, but the relationship feels genuine; there are occasional moments of uncomfortable truth, as when Mitchell admits with self-loathing that he hasn’t found his wife sexually attractive since she gave birth to their son. As the guys’ circumstances become more dire, however, Scenic Route gets increasingly dopey and contrived, starting with that impromptu mohawk. Eventually, reality flees the landscape (which never changes—almost the entire movie is set on the same dull, dusty patch of road). And the movie’s cheesily ambiguous ending, which questions whether certain events actually happened or were merely imagined by fellas suffering from delirium and ingested washer fluid, doesn’t help. Either way, they gerried the rendezvous.