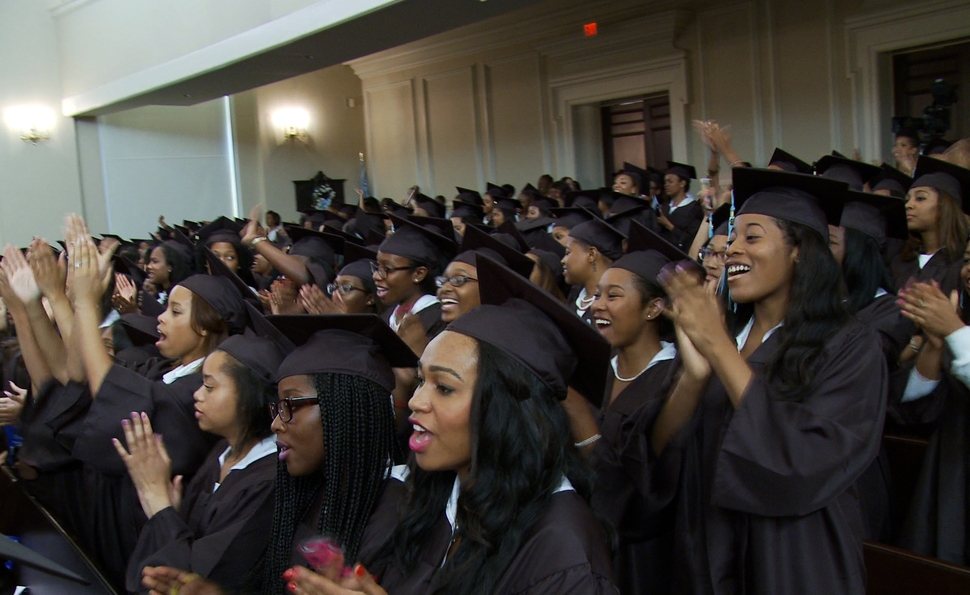 Ivory Tower belongs to a subsection of muckraking documentary exposés dedicated to chronicling crises that separately, and collectively, threaten to destroy society unless drastic changes are made. Death and taxes are certain, but judging by these documentaries, it’s unclear exactly what form the apocalypse will take. Will it be global-warming-based, as An Inconvenient Truth suggests? Or will a Mad Max-style apocalypse come about as the result of the privatization and monetization of water distribution, per the 2008 documentary FLOW? Or will the unchecked dominance of sugar pimps lead to an obesity epidemic, as suggested by the recent, Katie Couric-hosted and produced social-interest documentary Fed Up?

The slick new Ivory Tower adds a new player to the scene: an American college system that is fundamentally broken, and may not survive in its current form unless, once again, drastic, fast action is taken to remedy the situation. The statistics are alarming, as statistics tend to be. Student debt is approaching the trillion-dollar mark. Students, on average, graduate $25,000 in debt, with no guarantee that the skills they acquired in college will afford them a job that will let them pay off that money quickly, if at all. Hell, it’s not even particularly clear what skills students can even pick up in college, or whether they’ll be able to tear themselves away from the party scene and the lavish luxuries of high-end college life to go to class.

The government is cutting funding to schools. With the Internet making information freer and more available than ever before, people are increasingly questioning the fundamentals behind our system of higher learning. What, ultimately, is the value of a college education in the United States in 2014? What is the purpose of getting a degree? Is it primarily a financial investment in a student’s future, or does it serve a larger social function in socializing students and enriching society?

Ivory Tower asks a lot of provocative, important questions, but it’s decidedly short on answers, and even shorter on satisfying or convincing answers. The film highlights alternatives to a traditional college education, like an “uncollege” movement devoted to using the considerable money and time involved in getting a four-year degree in more entrepreneurial or community-minded ways. There are online courses that afford more flexibility for an ever-changing, evolving student body more comfortable dealing with technology than brick-and-mortar human beings.

Elsewhere, the film explores the tension at the privately funded Cooper Union, an unconventional New York college that embodies the conflicts and themes at the film’s core—most notably the conflict between education as a force for social good and education as a financial endeavor. The notoriously selective college was famous for offering full-tuition scholarships to every student it admits, until financial duress caused that policy to change for the fall 2014 incoming class. (Though the school does still cover at least half of tuition for every student.) The move was predictably unpopular with the student body, and the college’s new, more business-minded president, Jamshed Bharucha, qualifies as one of the movie’s villains, an oily pragmatist whose background at such non-free colleges as Dartmouth and Tufts is viewed as a mark against him.

It’s difficult to ascertain exactly what Ivory Tower is trying to convey, in part because its scope is so broad that it sometimes contradicts itself. The film seems to present college as an investment that gets worse and worse each year, as the prestige of a college degree continues to decline, while costs continue to soar. But late in the film, a college degree is nevertheless presented as a solid long-term option in terms of lifetime earning potential.

The main problem with Ivory Tower is that the immensity of the problem dwarfs the few solutions being proposed. Like many underachieving college kids, the film could benefit from a lot more focus and a stronger thesis—or any real thesis at all. Audiences are liable to walk away from Ivory Tower knowing only that our higher educational system is in a terrible mess, and that it will require unconventional thinking to solve the problem. Alas, that’s probably what anyone interested in seeking out a muckraking documentary about our broken higher-education system will go in thinking as well, which renders this angry manifesto perversely non-educational.