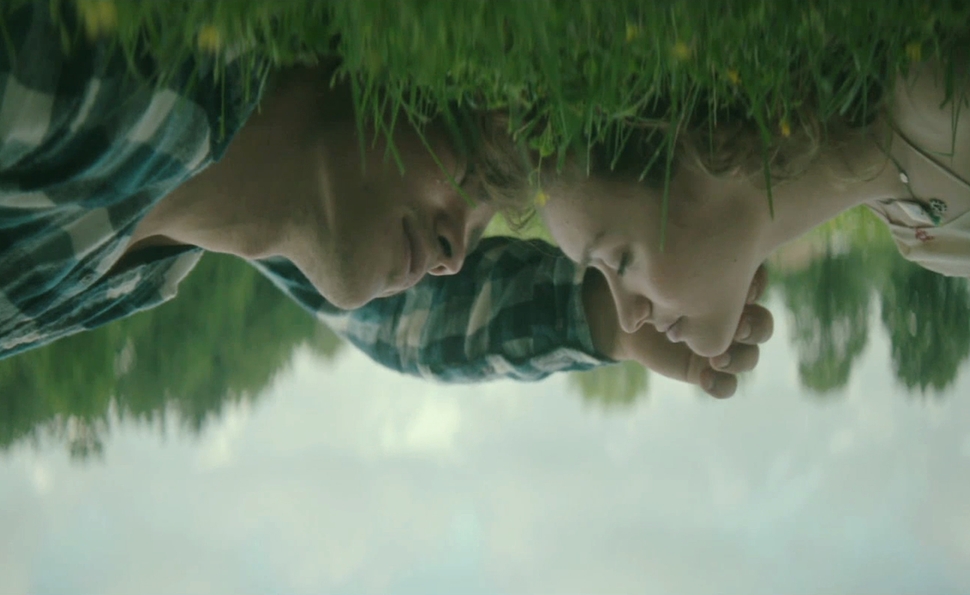 The spectacularly silly new horror/science-fiction hybrid The Signal is really three movies in one. It dramatically changes tone, theme, and even genre in every act, but the film’s ambition and eclecticism would be much more admirable if it didn’t feel like three bad movies for the price of one.

The Signal gets off to an unpromising start as it follows a trio of MIT students—computer hackers Nic (Brenton Thwaites) and Jonah (Beau Knapp), and Nick’s girlfriend Hailey (Olivia Cooke)—who decide to confront a mysterious hacker known only as “Nomad,” who has been taunting them online and messing with their servers. Nick and Jonah are movie versions of computer geniuses, however, so they both look like American Apparel models who have been nerded up with the addition of crutches and grad-school glasses, respectively, and a light coating of grime, which was no doubt applied to their bodies just before shooting, like body glitter on a raver.

It’s never entirely clear what exactly Nick and Jonah plan to do once they encounter Nomad. Are they going to give him a stern talking-to? Admonish him to be a mensch and stop sabotaging their cyber-efforts? Try to convince him to go in with them on an Internet start-up? And why would a pair of scrawny geeks be so intent on physically confronting an unknown, possibly violent and intimidating stranger in real life, by themselves, with only Nick’s willowy girlfriend as backup if things go wrong?

The Signal feels so false and stilted in the early going that its phoniness seems almost intentional; as with The Cabin In The Woods, it seems to be suggesting audiences should disbelieve, or at least doubt, what they’re seeing. It hews closely to the silly, preposterous mythology of teenagers-in-peril horror and the kind of science-fiction movies where everyone can be expected to behave as stupidly and self-destructively as possible.

Sure enough, Nick and Jonah’s idiotic plan to take their beef with Nomad from the safe realm of the Internet to the real world goes awry, and Nick ends up in a antiseptic, mysterious holding place that bears an uncanny resemblance to the spooky white world of 2001, right down to the spacesuit-like outfit Laurence Fishburne wears when he appears as a mysterious figure in charge of Nick’s captivity. Fishburne communicates to Nick in a soothing, hypnotic monotone while diplomatically wiggling out of answering any of the many angry questions Nick hurls at him about his condition, and about Haley and Jonah.

The Signal attempts to generate mystery by keeping the nature of Nick’s situation cryptic throughout much of its running time. Where exactly is he? What happened to him when he attempted to confront Nomad? What is happening to his body? Why is he being separated from his friends, and from society as a whole?

Director William Eubank has an eye for composition and a distinct sensibility, albeit one that borrows heavily from superior filmmakers like Stanley Kubrick and Duncan Jones, whose Moon was a much more inspired take on 1970s science-fiction ideas. The Signal would desperately like to be a film of ideas, but the few it presents are vapid and secondhand. Eubank’s overachieving work on the film suggests he’s destined for bigger and better things, though given the airy nothingness of the film’s mind games, that’s setting the bar awfully low. With even halfway decent material to work with next time around, Eubank should have no trouble clearing it. His work here shows enormous potential, which makes the film’s inability to realize its admirable ambitions all the more frustrating.