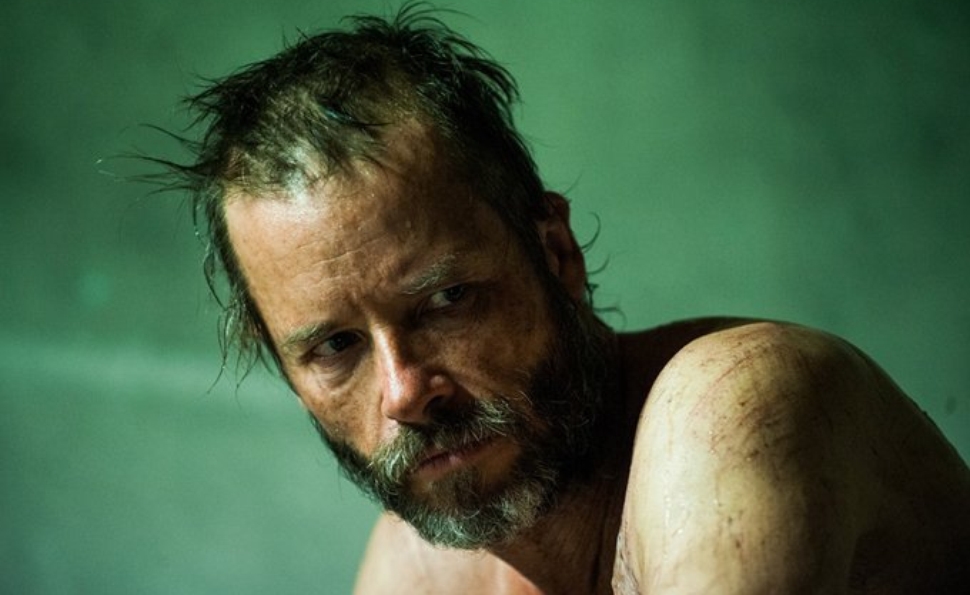 The Rover, David Michôd’s follow-up to his 2010 breakthrough Animal Kingdom, is set in the Australian outback “10 years after the collapse.” The film never specifies what sort of collapse, nor does it really need to. At Cannes, Michôd referred to the world of the film as “a natural extension of the forces that are bubbling around us today,” which fits the few hints the film does provide. Money has become virtually worthless, though the U.S. dollar still counts for something, even in places that turn down Australian currency. The police keep a presence, but—as in Animal Kingdom, where they mostly seemed like a rival gang to the central crime family—they don’t behave like the embodiment of law and order, when they show up at all. Yet for all the suggestions of how it came to this, The Rover is ultimately less interested in what’s driven the world to ruin than it is in life amid the wreckage, a place as dangerous to the soul as the body.

That’s evident from the first sight of star Guy Pearce, whose face looks like it’s seen a long string of bad days. (As the film soon reveals, it’s a common look in his part of the world.) Pearce plays Eric, who resists sharing his name, or revealing much else about himself, unless he has to. Soon, he has to. While Eric stops for water at a bar blaring music for a nonexistent clientele, his car is stolen by three men on the run from the scene of a crime. Discovering the thieves’ damaged but drivable car, Eric pursues them. Though undaunted when they pull guns on him, first while in motion, then on foot, he’s knocked unconscious when he tries to take the car back. He’s driven by the sheer force of a near-suicidal will, but that isn’t enough to let him fend off the effects of a blow to the head.

It is, however, enough to send him in pursuit of the car when he wakes up, even though he now has the thieves’ vehicle, which looks better suited to rough terrain. Why the persistence? “What a thing to get worked up about in this day and age” a character known only as Grandma (Gillian Jones), tells him. And even though she’s the proprietor of a drug den, and she’s just tried to pimp out a kid who may or may not be her grandson, the statement still has moral weight. Michôd plays with images and moments from Westerns from the beginning of the film, and the first impressions of Eric fit snugly into the tradition of principled heroes living by a code in a corrupt world. He could be James Stewart looking for his Winchester ’73, up to the moment when he commits a shocking act that reveals he’s probably just as bad as the men he’s pursuing.

Maybe even worse. Their American leader, Henry (Scoot McNairy), at least expresses remorse about leaving his injured brother Rey (Robert Pattinson) behind. When Eric meets Rey, he takes him to a doctor (Susan Prior) who’s kept a clinic open in a remote location, but he treats the assistance less as an act of kindness than a stay of execution, one contingent on Rey taking him to Henry’s hideout. Yet once on the road, their relationship starts to evolve. Not so much stupid as uncomplicated, Rey fears Eric, but also comes to rely on him, and as they make their way from one unforgiving, perilous encounter at the edge of civilization to the next, he starts to see the situation from his captor’s point of view.

While Michôd never satisfactorily develops the central relationship, The Rover is still a showcase for two strong performances. One of the most reliable actors working today, Pearce doesn’t get much dialogue here, but says much with his body language. Weary in repose, coiled when threatened, he turns Eric into a study of what happens to a man when the world starts to leech away his humanity. (That impression is complicated by revelations later in the film.) Coming off his turn in Cosmopolis, Pattinson heads in the opposite direction of that cerebral character. He plays Rey as a pliant boy used to doing what he’s told. He’s what passes for innocent in The Rover, a kid who never had a chance and who’s only known the world as a cruel, desolate place. Late in the film, he sits alone in a car listening to Keri Hilson’s “Pretty Girl Rock,” and Pattinson makes it seem like he’s receiving a transmission from a kinder, funkier world he’ll never get to visit.

Michôd also scripted the film, co-writing the story with Joel Edgerton, whose brother Nash has a supporting role. As a post-apocalyptic (or at least post-cataclysmic) Australian film, The Rover operates in the shadow of Mad Max and its sequels, but it embraces the influence by subverting it. As in Cormac McCarthy’s The Road, the world of The Rover is one of deprivation and terror. There’s nothing romantic about Eric’s life as a loner, which the film reinforces by having the protagonists visit one haunting locale after another: a makeshift dog shelter, a motel in disrepair, a wilderness army base that’s more like a hastily assembled fort. Combined, they form a disturbingly plausible depiction of a run-down world where justice has vanished, but vengeance remains.

Michôd uses slow camera movements and a restrained editing scheme to build tension and establish a strong sense of place. If there’s a signature shot in The Rover, it’s the back of Eric’s head as he takes cautious steps into yet another spot that could erupt in violence without warning. Pearce’s performance suggests he’s survived so long because he cares so little, but also because he fits into the unthinking brutality of the world he’s inherited. He’s a haunted man wandering a hell on earth that might as well have been made for him, one that looks uncomfortably close to a possible tomorrow.