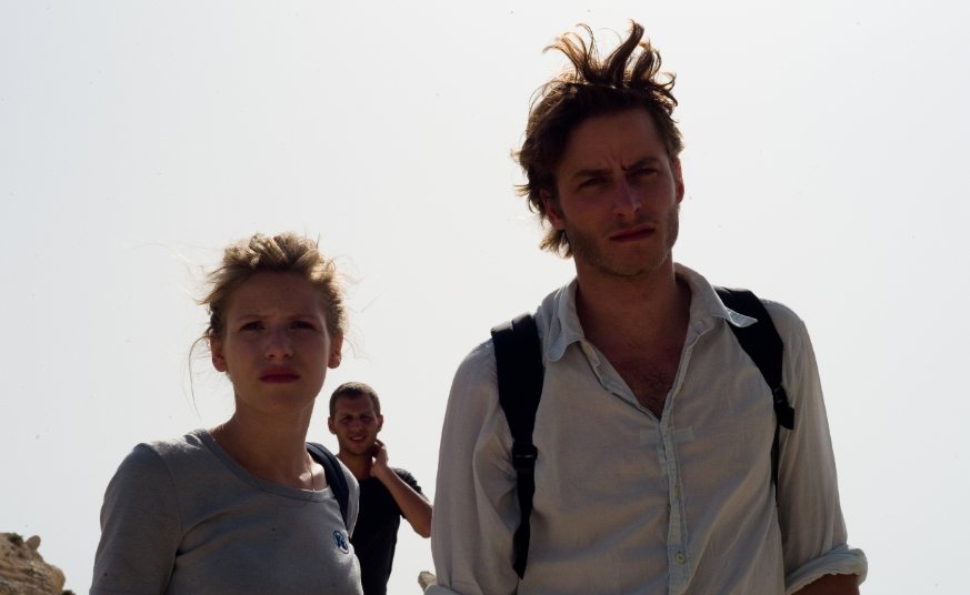 Give the Israeli drama Policeman some credit: It keeps finding new ways to be unsatisfying. Arriving in U.S. theaters three years after its initial festival run—writer-director Nadav Lapid has already made a followup, The Kindergarten Teacher, which premièred at Cannes last month—the film is divided, not terribly neatly, into three parts, each one more frustrating than the last. Section one introduces the ostensible title character, Yaron (Yiftach Klein), an Israeli cop who specializes in taking out Arab terrorists. Yaron loves his job, and Policeman’s first 40 minutes or so plotlessly depict the tight-knit, weirdly homoerotic bond he shares with the other members of his unit. So much hugging and back-slapping takes place among these cops that only the film’s dour tone prevents it from becoming a flat-out comedy. Lapid was apparently concerned that viewers might not get the point, though, so he accompanies all this macho guy-on-guy action with “Hulk running”-caliber foley effects, so a series of casual greetings at a party sounds like Round 4 of Ali vs. Frazier. A few instances of credible human behavior do emerge when Yaron is at home, though, as in a tender scene that sees him massaging the thighs of his hugely pregnant wife (Meitel Barda).

Before impatience at the lack of forward motion can become distracting, Policeman abruptly abandons the focus promised by its title and shifts to a completely new set of characters, none of whom are policemen. First seen engaging in target practice in the desert, these affluent young people turn out to be a group of Jewish radicals with a plan to take over the wedding of a billionaire’s daughter, using hostages as a means of publicizing their manifesto, written by self-proclaimed poet Shira (Yaara Pelzig). Again, Lapid paints with a broad brush: All these kids are obnoxiously clueless, their alleged ideals little more than an excuse to engage in fashionable, self-serving rebellion. The implicit parallel between this solipsistic cadre and the one seen in the previous section is clear, but as Adaptation’s Charlie Kaufman tells Donald: “On top of that, you explore the notion that cop and criminal are really two aspects of the same person. See every cop movie ever made for other examples of this.” All signs point to a climactic showdown between the macho idiots and the overprivileged cretins, which isn’t exactly a potential nexus of sociopolitical insight.

Sure enough, part three takes place at the wedding, which Shira and her pals ineptly hijack, hustling three wealthy hostages (plus the bride, who insists on following her father) into a secure room and awaiting the media. Yaron’s unit is sent to the rescue, but this inevitable confrontation gets delayed for a good long while, in favor of some potshots at media exploitation (one of the radicals strikes a badass pose with his gun and demands that the photographers snap pictures) and a goofy confrontation between Shira and the bride (Shaul Mizrahi) that seems to have wandered in from Mean Girls. Lapid now belatedly engages in some cross-cutting between the law and the outlaws, but his sense of rhythm is as clunky as his compositions, which rely heavily on unflattering close-ups of his actors’ profiles. In theory, what matters is Yaron’s stunned realization that these terrorists are Jewish, not Arabs, but Policeman ambitiously attempts to depict his complex emotional reaction solely in the final seconds of the last scene, which means that the film perversely ends, with a sharp cut to black, at the exact moment that it finally gets interesting.