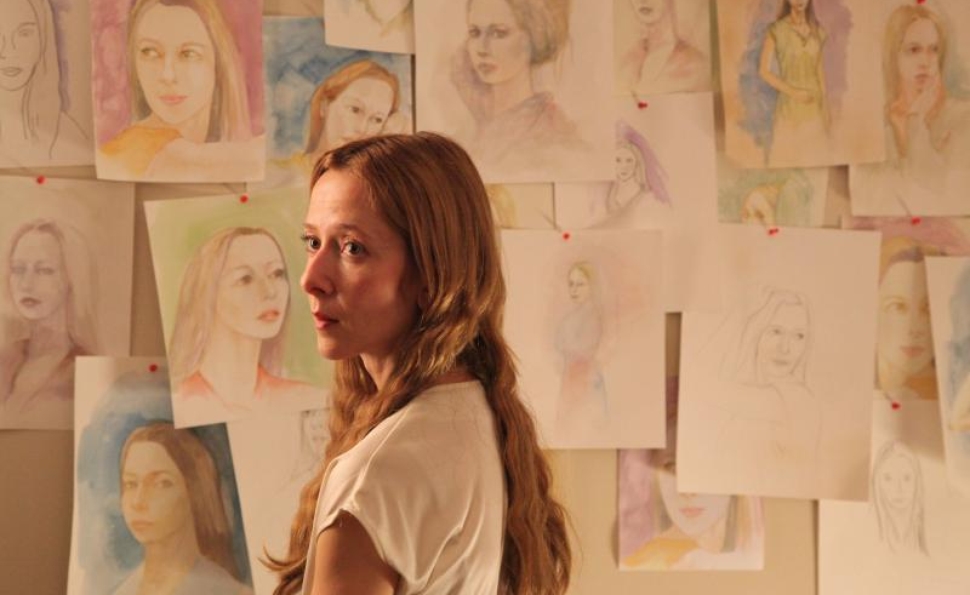 Even people who love and admire their parents can be afraid of turning into them. Jocelyn Towne’s pleasing, minor-key amnesia drama I Am I takes that premise to a troubling extreme. Towne, a first-time director who also wrote the screenplay, plays Rachel, a married woman in her 30s whose mother has just died. At her funeral, Rachel encounters a confused man she quickly recognizes as her biological father Gene (Kevin Tighe), who hasn’t been in contact since she was an infant. Now a septuagenarian resident of an assisted-living home, Gene suffers from severe retrograde amnesia, believing himself to be 34 years old and only recently returned from his tour of duty in Vietnam. But he’s functional and happy in his delusion. When he mistakes Rachel for her own mother—the woman Rachel has just buried and is still mourning, but whom Gene thinks he has merely lost to another man, specifically Rachel’s stepfather—Rachel decides to indulge the old-timer’s sunny fantasy.

There follows a courtship, of sorts, as Rachel gets to know her father for the first time. It’s a mercifully chaste courtship, although the incestuous possibilities give the proceedings a deliberate, unsettling tension, especially once Rachel starts dressing in her mom’s old clothes for her afternoons with dad. Curiously, she comes off as the one more likely to cross an inviolable boundary during their outings. (There’s also a hint of flirtation between Rachel and Gene’s studly young caretaker, played by Jason Ritter.) Gene just seems grateful that the woman of his dreams has given him a second chance, one he isn’t going to blow by being too pushy.

The performances, particularly from Towne and Tighe, go a long way toward making the story’s improbabilities seem trivial. Rachel’s stepfather observes that she’d always wanted to reconnect with her birth father, but her mom prevented it. That’s a plausible-enough explanation for their lack of communication when Rachel is a child, but not when she’s pushing 40 and her dad apparently still lives in the same city.

Still, the question of how to deal with severely mentally ill people we love—whether to force them to reckon with painful reality, or simply to try let them enjoy their remaining years in deluded comfort—is sufficiently dramatic to paper over the coincidences and the potential creepiness. Towne serves her character’s dissolution and redemption better as a performer than she does as a director, where she too often relies on pop songs by the likes of Fleet Foxes or Alexis & Sam (who also composed the score) to set a scene’s emotional hue. But she finds a way to end the movie that feels hopeful without resorting to the sort of comforting fictions her character does. Her modest film is punctuated with a modest miracle.

GoWatchIt: Buy. Rent. Stream I Am I