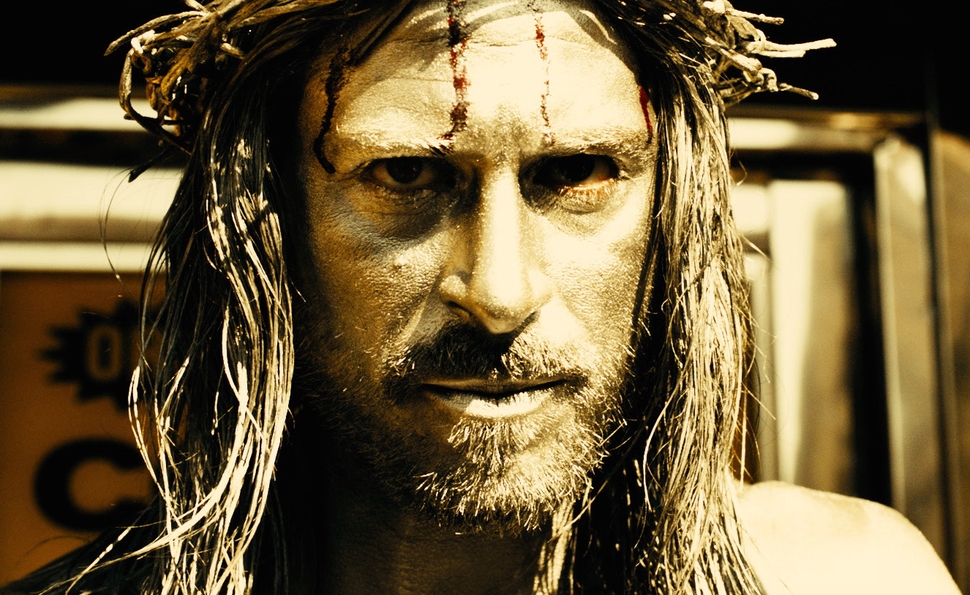 “The devil has no tail, but his pussy is a cave.” Such is the kind of nuanced gender commentary offered by the men in Álex de la Iglesia’s Witching & Bitching, a simple yet utterly bonkers battle of the sexes that chuckles at male chauvinism before castrating it completely. Teetering on the verge of irrelevance 12 years after his last good film (800 Bullets), the increasingly prolific Spanish director has returned to what he does best, pulling himself back from the brink with an unbridled genre exercise that plays like a stale American sitcom as re-imagined by Guillermo del Toro during a fatal Adderall overdose.

De la Iglesia doesn’t waste any time literally demonizing women: He kicks off the film with an illustrated history of witches that ranges from ancient pagan drawings to a photo of German chancellor Angela Merkel. But if Witching & Bitching is trying to win the affections of the men in the crowd, the film’s brilliant first setpiece suggests that it’s only getting their dicks hard so it can more easily cut off their balls.

The action proper begins in Puerta del Sol, Madrid’s equivalent of Times Square, which—like most such places in the modern world—is crawling with painted street performers and weirdos dressed as iconic cultural characters. This being a de la Iglesia film, however, SpongeBob SquarePants, Minnie Mouse, metallic Jesus, etc. are all packing submachine guns and preparing to execute the public gold heist of Michael Mann’s pubescent fantasies. It all goes horribly, hilariously wrong, in part because the guy dolled up like Christ (Hugo Silva as Jose) has enlisted his young son Sergio as an accomplice. It’s just a fun father-son bonding experience, the desperate dad transparently trying to steal the kid’s affections away from the boy’s mother, who has separated from Jose— obviously with good cause.

Jose hijacks a taxicab with one of his co-conspirators, and as the getaway car speeds toward the freedom of the French border, the men begin whining about the women who have ruined their lives. Their complaints about their partners are asinine to the point of parody (“They follow you around, or they don’t!”), mocking the petty virulence of male frustrations while also observing the very real—and sometimes even sweet—fraternal bond that can result from such solidarity. These men are clearly projecting their own inadequacies onto the women in their lives, but the taxi driver is so galvanized by their moaning that he demands to join the cause.

The merry band of brothers are plunging straight into the piping hot cauldron that de la Iglesia has prepared for them, a pit stop near the eerie Basque village of Zugarramurdi (the Salem of Spain) that becomes the site of a frantic night of terror. As the film settles into its new gothic environs—most of which is shot through a briny sea-green filter that makes the ever-expanding location seem like it’s lit by pool lights—women begin to come out of the woodwork, ready to eat the wayward criminals alive. The bloodthirsty coven is lead by the amusingly senile Maritxu (Terele Pávez), a frazzled matriarch who preaches that God is a woman, and is willing to bust out all the cut-rate special effects she possibly can in order to prove it.

Where many of de la Iglesia’s films get bogged down in a single location and then become so motormouthed that they choke on their own tongues, Witching & Bitching is immaculately paced. Its absurdities are too well-tiered to numb viewers with nonsense. A good de la Iglesia film should feel like it’s barely held together with Scotch tape as it rattles through the projector of a haunted drive-in theater, and it’s a testament to his latest that it almost always seems to be on the cusp of falling apart. Transitioning from Reservoir Dogs to From Dusk Till Dawn with a lunatic’s grace, Witching & Bitching resolves itself as a gloriously gory civil war between men and the grotesquely literal manifestations of how the worst of them see the fairer sex. The witches are harlots and hags, spider-crawling up the walls and speaking in maxims that threaten to destabilize the patriarchy. (“Fuck like a bitch, lie through your teeth, and cheat on men!”) All of them are desexualized older women save for Maritxu’s bodacious granddaughter (Carolina Bang as Eva), a supernatural Lisbeth Salander lookalike who doesn’t need to rely on any occult powers to toy with the bumbling men she’s tasked to seduce and destroy.

Throughout all the madness—and this review has barely even touched on half the characters and subplots that help bring de la Iglesia’s stew to a boil—the soul of Jose’s young son remains on the line, and the film builds to the decisive moment when he’ll be asked to declare his allegiance. In getting there, the movie’s depiction of the sexes wavers between clever commentary and men’s-rights activism. In the wake of the Elliot Rodger tragedy, it’s tempting to divorce this story from the lens through which de la Iglesia is telling it, especially when the movie introduces its monstrously fertile Big Bad. But while de la Iglesia is too reckless and rambunctious to ever make a film that stays perfectly on message, at least his tone never wavers here. The absurdity of the terrors the men encounter always serves as a reminder of how ridiculous men are to see women this way.

From start to finish, Jose and his friends are incompetent and helpless; the film’s most sincere moment comes when one of the witches needs to collect the tears of an innocent, inspiring the men to immediately begin detailing all their selfish, self-serving behavior. Jose may be in for a happier ending than he deserves, but equality should be so easy, even if sustained harmony between the sexes might always require a little magic.