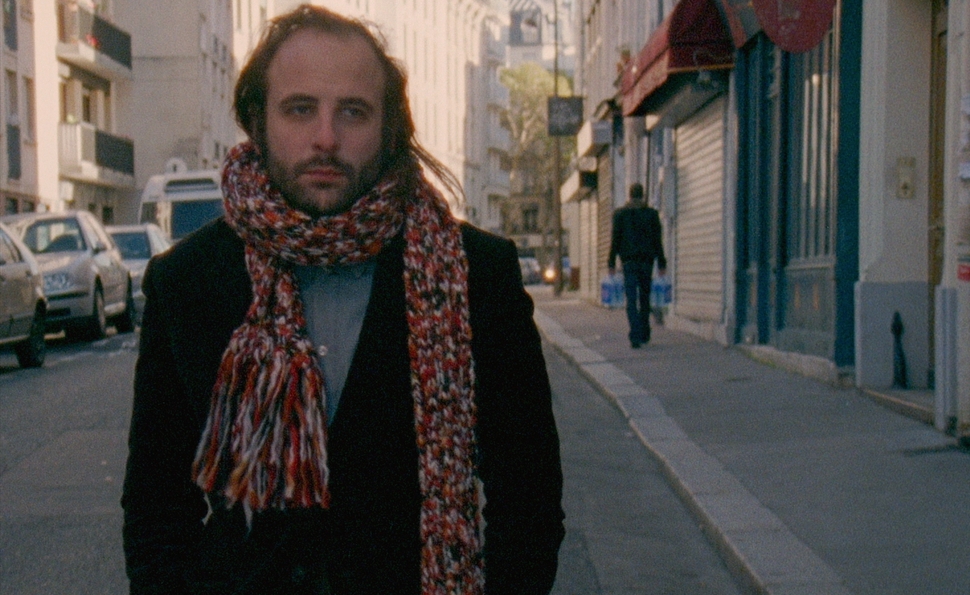 Part of the fun of being a film buff is getting in on the ground floor with potentially major directors, observing the steady growth of a career, and feeling vindicated when the breakthrough finally arrives. It’s a crapshoot, to some degree—promising talents can disappear without explanation (whatever happened to Lucile Hadzihalilovic, whose forbiddingly sensual Innocence made a minor splash a decade ago?), while other candidates for greatness turn out to be less impressive than they initially appeared. (So long, David Gordon Green! No, wait, he’s back!) It’s far too early yet to make a case for France’s Sébastien Betbeder, who’s made several rather wispy features to date, mostly for French television; his previous effort, 2012’s Nights With Théodore, about lovers making illicit nocturnal excursions to a Parisian park, is barely an hour long, with good reason. Still, there’s enough evidence of real distinction—especially in his latest film, 2 Autumns, 3 Winters—to warrant placing a tentative bet on Betbeder as a possible emerging master.

If nothing else, this film would serve well as the primary text for a film professor’s lecture on modes of direct address. It begins with an apparently omniscient, third-person narrator introducing Arman (Vincent Macaigne), a 33-year-old whose job will remain a mystery. “We give too much importance to people’s professional activities,” this narrator gently insists. “That figures—it takes up most of their time, their lives. It makes sense, but sometimes it’s not interesting. In Arman’s case, it’s not interesting.” Out jogging one day, Arman develops a crush on fellow runner Amélie (Maud Wyler), though he only meets her later on, when he gets himself stabbed saving her from muggers in a dark alley. Amélie’s life is in turn narrated, initially in the third person, by a female voice, but soon both characters, as well as others, are speaking directly to the camera, relating their every passing thought. Scenes are presented as little mini-chapters, each with its own title card. In general, imagine some classic Woody Allen devices, but amped up to the point where they dominate the movie rather than providing intermittent stylized distance.

That may sound insufferable, but Betbeder keeps things light and playful, always willing to follow whatever errant idea pops into his head. In theory, 2 Autumns, 3 Winters, which unfolds from fall 2009 through winter 2011-2012, tells the story of Arman and Amélie’s romance, but there are far more digressions than bona fide narrative developments. At one point, the movie stops cold, almost literally, to recount the experience of Arman’s best friend, Benjamin (Bastien Bouillon), who has a stroke that leaves him paralyzed in some bushes, unable to move, for almost an entire day. The anecdote is told for its own sake, in common with just about everything else—this is a film that moves too erratically to ever gain momentum, seemingly by design. Betbeder shot it in the squarish Academy ratio, alternating between high-def video and 16mm, and even these technical choices feel like the experimentation of a neophyte (though Betbeder is almost 40) who’s eager to find out just what he can do. Right now, he’s still working out the bugs in his sensibility, but that process itself has rewards for adventurous viewers, and it may lead to some impressive bragging rights in years to come.