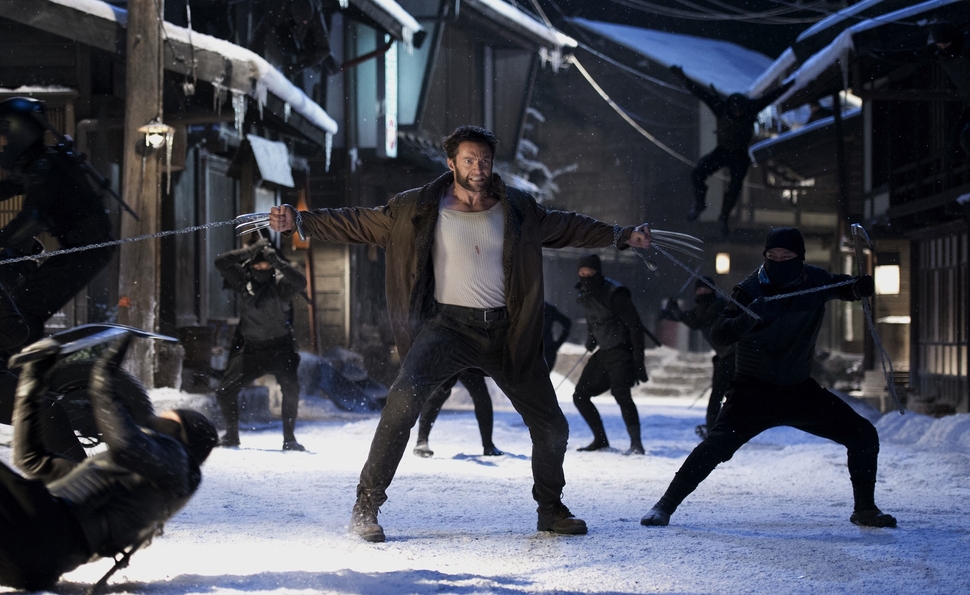 At times throughout The Wolverine, the latest Marvel movie-franchise installment featuring Hugh Jackman as an unkillable, possibly immortal mutant, the repeated mob-on-hero battles bring to mind Luke Wilson’s plaintive speech in Idiocracy about the good old days when movies told actual stories, “so you cared whose ass it was, and why it was farting.” For much of The Wolverine’s length, the writers don’t seem to care whose herd of indistinguishable thugs are onscreen, or why they’re fighting; even the most visible villain’s motives are somewhere between obscure and nonexistent. A climactic reveal answers some of the questions, but just raises more in the process. But motives aren’t the point: The point is putting Wolverine in a target-rich environment, and letting him slash his way free over and over again.

The lack of plot coherence is a lingering irritant in a film that otherwise seems to be trying to improve on its cinematic-series forebears, and bring the X-Men/Wolverine series into the more streamlined but personal mode of the more recent Marvel-movie successes, leading up to The Avengers. It features a more soulful hero, and more contemplative downtime. It’s crowded with characters from the comics for fan appeal, but it reinvigorates them with new cinematic takes. It emphasizes Wolverine’s vulnerability and angst, without letting up on the action. It also largely ignores the much-hated (though reasonably profitable) 2009 movie X-Men Origins: Wolverine, instead acting as a direct sequel to 2006’s X-Men: The Last Stand.

The movie begins with a flashback to World War II, where captured soldier Logan, a.k.a. the mutant who will eventually be called Wolverine, saves a Japanese officer named Yashida from the atomic bombing of Nagasaki. More than 50 years later, holed up in the woods and nursing his grief over having killed his beloved Jean Grey at the end of The Last Stand, Logan encounters a ninja named Yukio (Rila Fukushima), a pixie-ish live-action anime character with a message from the dying Yashida (Hal Yamanouchi), who wants to say his farewells and thank-yous in person. Upon reaching Tokyo, Logan instantly winds up scruffy-beard-deep in a family conflict he lacks the language or context to understand. Yashida’s son Shingen (Hiroyuki Sanada) is clearly at odds with his fragile, aristocratic daughter Mariko (Tao Okamoto), who apparently stands to inherit Yashida’s vast wealth and tech-based empire. Logan vows to stay out of the whole mess, which all family members involved would clearly prefer, but before long, tattooed yakuza foot-soldiers are attempting to kidnap Mariko in public, and out come Wolverine’s signature foot-long adamantium claws.

Handled more cleverly or coherently, the mystery of what’s going on with the Yashidas might be the best part of this story: There initially seem to be enough competing agendas to fill out a full TV season, each one with its own army of disposable mooks. (In a familiar touch from Origins and the three X-Men films featuring Jackman as Wolverine, the fight coordinator has his work cut out for him, setting up hand-to-hand fights where Wolverine can gut waves of attackers who wind up strategically positioned to block the wounds from the camera. Never before have so many people been horribly eviscerated solely with an expressive gesture and a metallic sound effect.) But as the story wears on, the action sequences pile up—including a memorable, laughably unsurvivable battle atop a speeding bullet train—and the agendas don’t get much clearer. Logan’s, at least, is obvious: He protects Mariko first out of an instinctive reaction to the sight of one woman menaced by 20 men, then out of a more personal affection. 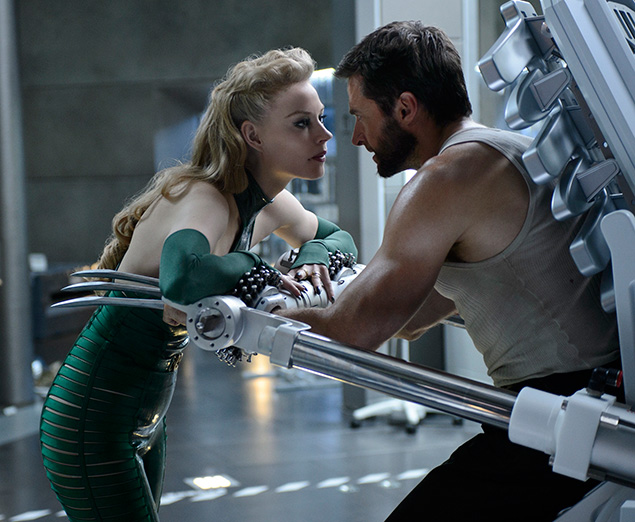 But every great hero story revolves around its villain, and the villainy in The Wolverine is muddy. Svetlana Khodchenkova serves as its most recognizable face for much of the film, playing Viper, a longtime Marvel baddie with a rich, complicated history that the film never mentions. Here, she never develops a personality or a motive; she’s a sentient smirk in slinky outfits, with acid spit and impressive fighting moves. She isn’t alone in being decontextualized: Will Yun Lee plays Kenuichio Harada, a.k.a. Marvel’s Silver Samurai, but without mutant powers or fancy equipment. He’s just a ninja who repeatedly professes his loyalties to Mariko, while behaving in ways that belie those loyalties until the big reveal.

Ultimately, the purpose of all these threads is to force Wolverine to fight mobs of yakuza and ninja, plus gun-toting thugs and a sword-wielding modern samurai. The film’s Japanese aesthetic extends to the clothing, settings, cultural ideals of coolness, and fighting styles, plus a slightly funny interval in a love hotel, but for all James Mangold’s verbal nods to Hiroshi Inagaki and Wong Kar-wai, the direction is all anonymous Marvel hireling, and there are only so many ways to stage hand-to-hand fights before they get wearying. The biggest setpieces, like the bullet-train battle or the climactic conflict, are more colorful, but nothing about them stands out in a busy summer full of very similar superhero spectacle.

The Wolverine does stand out, and even excels, in many isolated places: Viper’s intimidating moments, Yukio’s capable badassery and creepy gamin act, Kenuichio’s role as an archer overlooking and interfering with one fight from a distance. It’s just that the great pieces don’t fit together to suggest a whole. The only complete character is the moody protagonist, who gets plenty of space to explore the conflict between his gruff personality and the profound love that ties him to a dead woman. His past haunts him—literally, in a number of dream sequences where he confronts his lost Jean (Famke Janssen, reprising her X-Men trilogy role), who seems gently determined to lure him into death. The Wolverine alternates action with quiet scenes of peace that suggest what Logan wants most, but is ill-equipped to accept. The film never suggests, however, that any other member of the sprawling cast is worth knowing as something other than a barrier or helper. It’s a waste of rich character resources on an impoverished story.