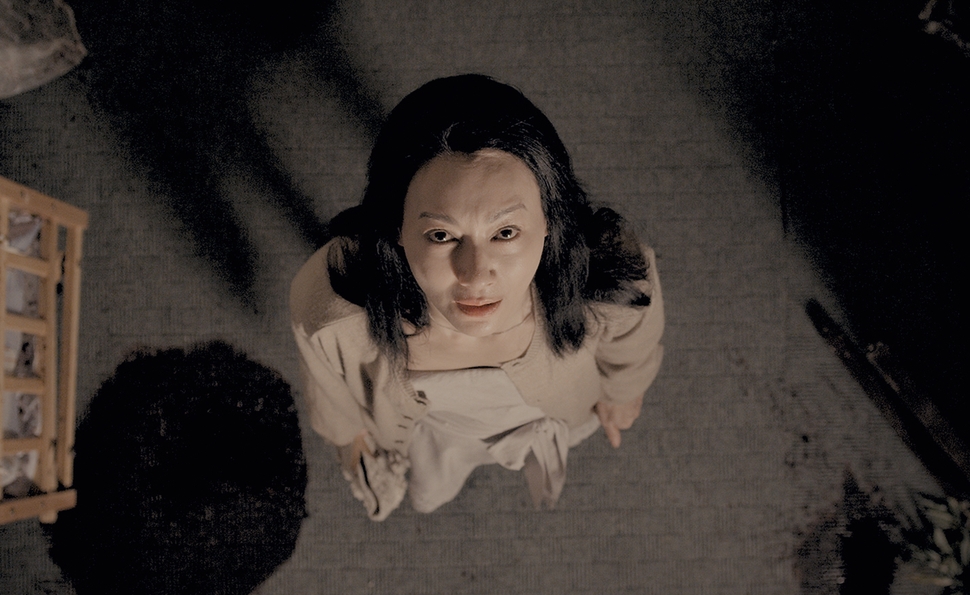 Some movies don’t make a lot of sense, or have much impact, except to viewers who tote in a certain amount of crucial foreknowledge. Billy Wilder’s Kiss Me, Stupid, in which Dean Martin more or less plays himself, loses a great deal of its risqué punch for people unfamiliar with Martin and his onscreen and offscreen personas. Or imagine trying to comprehend 1990’s The Freshman, with its comic reprise of Marlon Brando’s performance as Don Corleone, without having seen The Godfather, or knowing anything about it. Both films would probably still be enjoyable, to some degree, but they were made for a target audience that would get all the references, and they’re best appreciated on multiple levels.

Rigor Mortis, the directorial debut of Hong Kong pop star Juno Mak, falls into this problematic category. Though this is never explicitly mentioned, the film’s inspiration is a horror-comedy franchise from the 1980s and early 1990s: Mr. Vampire, which popularized the jiangshi genre—basically, hopping vampires. (It’s exactly what it sounds like.) Knowledge of Chinese folklore regarding ghosts and the supernatural appears to be crucial to understanding seemingly random plot elements, and familiarity with the Mr. Vampire series will definitely help clarify what’s going on with the protagonist, Chin, who was one of the original film’s stars.

Arriving at a dilapidated apartment complex, Chin (Chin Siu Ho, playing himself, though the film merely notes that he’s a once-famous actor down on his luck) immediately attempts to commit suicide, only to be saved by Yau (fellow Mr. Vampire alumnus Antony “Friend” Chan), a food-stall operator who also turns out to be a semi-retired vampire hunter. Chin’s long-unoccupied apartment is haunted by twin female ghosts seeking possession of a living body, and that’s just the beginning of a series of outré events that culminates in an elderly woman, Auntie Mui (Nina Paw), reanimating the corpse of her husband, Tung (Richard Ng), and turning him into a vampire that literally hops after its prey. (“Hopping” in this context often resembles Spider-Man’s ability to leap onto walls and such.) Ultimately, everybody in the building who isn’t undead, or in league with same, joins forces to halt the evil, at great personal cost.

For those who don’t k now the aforementioned history and folklore, most of Rigor Mortis’ first hour will be incomprehensible—chockablock with confounding incident, yet somehow still somnambulistically paced. (The influence of Japanese producer Takashi Shimizu, director of The Grudge, is unmistakable.) No clear connection exists between the ghosts and the vampire, while the human characters, minus their baggage from earlier films, come across as empty vessels. Still, even the clueless will be rewarded when all hell finally breaks loose, as Mak, who’s more skilled at kineticism than stasis, suddenly kicks the movie into high gear, sustaining creative mayhem (including a truly horrific act of self-sacrifice by Yau) all the way through the destructive climax. A bizarre alternate-movie epilogue then confuses matters further—even for devotees, judging from debates online—but by that point the film has served up some mass-appeal spectacle, making its insularity more forgivable. Rigor Mortis can’t fully work for a Western audience, but it does at least provide a fascinating glimpse of a strange genre that never quite crossed over.