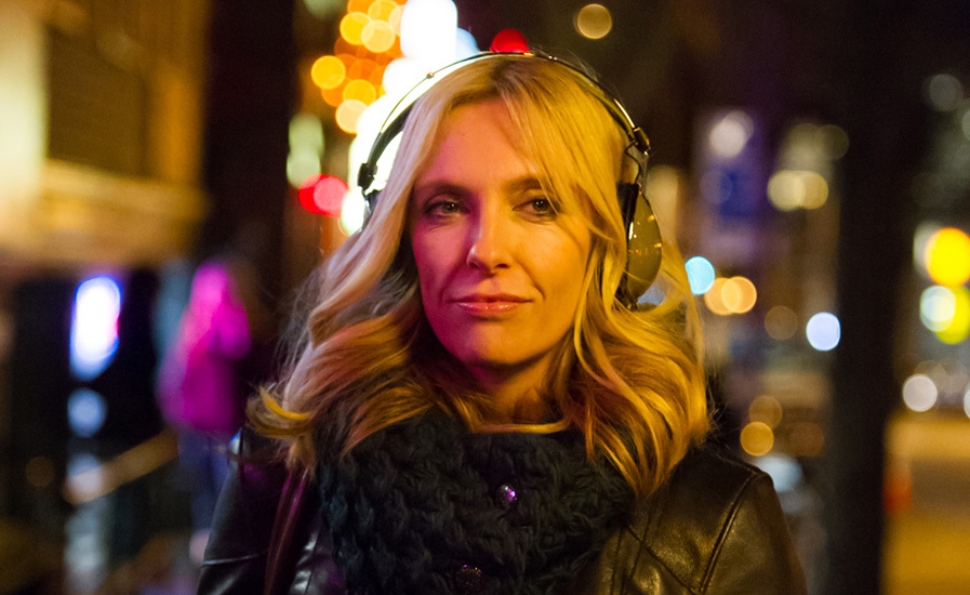 How did it take almost 15 years after the release of High Fidelity for its female analogue to arrive? Megan Griffiths’ observant, unhurried dramedy Lucky Them doesn’t use narration to directly admit the audience into its protagonist’s psyche the way Stephen Frears’ soulful 2000 adaptation of Nick Hornby’s male-frailty-under-glass novel did. But Lucky Them shares High Fidelity’s rock ’n’ roll milieu, the powerful sense of place imparted by its location photography, and the unflinching view of the anxiety felt by people past their thirties who aren’t certain they want to marry or have children. Lucky Them uses Seattle, where it’s set and was shot, nearly as well as High Fidelity used Chicago.

And as with High Fidelity, the admirable efforts of its distinct, memorable supporting players would be pointless if the lead couldn’t carry the movie. Toni Collette is capable of anything. Here’s a 41-year-old woman in a layered, complex role, in a film that’s at least as interested in her evolution as it is in that of the male characters surrounding her. Here’s a portrayal of a sexually active woman who takes her whiskey neat, and yet her drinking and promiscuity isn’t treated as a cry for help. In one early scene, the younger guy she’s been sleeping with breaks it off because she doesn’t want their relationship to extend beyond casual sex. These are all valid reasons to extend Lucky Them the benefit of the doubt.

While the film’s examination of sexual anxiety recalls Nick Hornby, it also feels informed by Cameron Crowe’s rock-world comedies Singles and Almost Famous, minus Crowe’s tendency to have his characters announce their epiphanies to each other. An actor as good as Collette doesn’t need to speak up for the audience to know exactly how she feels.

Collette plays Ellie Klug, a veteran writer for the fictional music magazine Stax. The simple fact that a music rag employs a full-time, salaried cover-story writer makes the film feel like a throwback, despite its jokes about the obsolescence of CDs. Even so, Stax is feeling the squeeze. A decade earlier, Klug was the off-again, on-again girlfriend of Matthew Smith, a singer-songwriter who recorded a single, transcendent album that won him a devoted cult. Then he disappeared. He is widely presumed to have committed suicide—his car was found abandoned near a waterfall—but Ellie has always believed he’s still alive somewhere, choosing to live in obscurity. When her editor (Oliver Platt) receives a video of what the sender alleges is Smith performing a new song, he orders Ellie to find out for certain whether Matthew is alive or dead, and to write about him either way. Ellie’s personal involvement in the story is, her editor believes, the element of salaciousness that will make it a viral hit. “You need to reclaim your place at this magazine,” he tells her, exhibiting an antsy diplomacy that will buckle as her deadline comes and goes.

One surprising but not disagreeable element of the screenplay, credited to producers Huck Botko and Emily Wachtel—working from “original ideas by” Caroline Sherman—is the way it gives Ellie a quest, then ignores it for long stretches. She’s pursued by a penniless but charming young singer-songwriter (Ryan Eggold, who wrote the tender acoustic ballads he performs in the movie, and is completely believable as a burgeoning heartthrob-troubador) and by Charlie (Thomas Haden Church), a retired dot-com millionaire who decides to fill his days by making a documentary film about Ellie’s search for the enigmatic musician.

Though Lucky Them runs a mere 93 minutes, it finds time to explore Charlie’s romantic side trips as well as Ellie’s. It’s clearly more interested in dissecting these characters than in solving the mystery of Matthew’s disappearance. That’s the advantage of casting actors like Collette and Church, who can lure viewers into a confident familiarity, then reveal something deeper. Church has a sarcastic deadpan he can deploy to withering effect, but he’s best in the tender scenes that come after his sexual pursuit of Ellie seemingly calms into genuine friendship. And at the end, Griffiths pulls out a trump card. (Don’t check Lucky Them’s cast list before watching the movie.)

Cinematographer Ben Kutchins makes the picture feel lush, damp, and overcast—hey, it’s Seattle—in a way that seems to match its emotional temperament. A more sunlit palette wouldn’t suit this clear-eyed but still hopeful comic romance, which dares to suggest that maturity and experience might be at least as sexy as youth, even in the world of rock ’n’ roll.