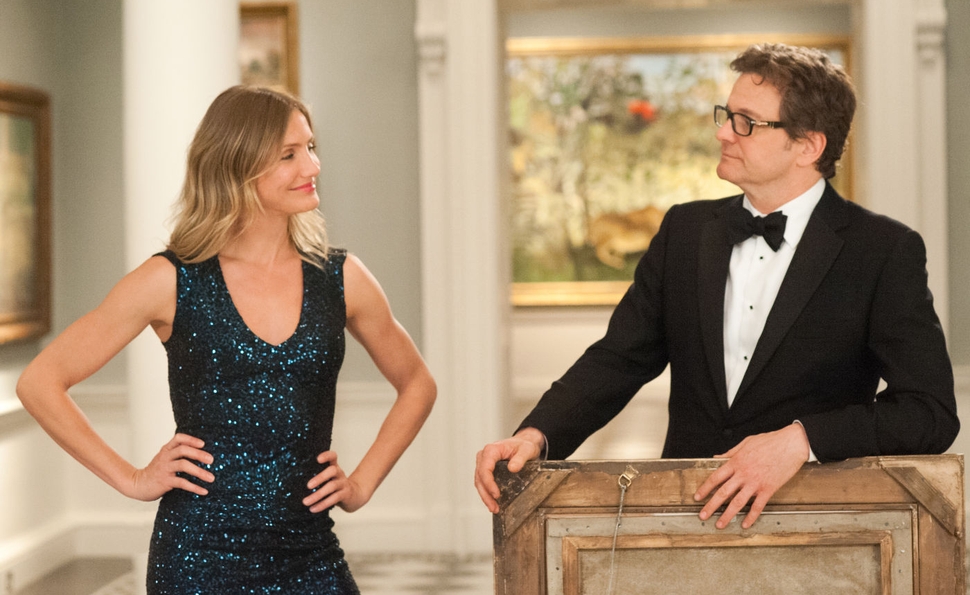 The 1966 caper comedy Gambit came out during the peak era for elaborate, feather-light heist pictures—back in the days when the likes of Topkapi and Ocean’s 11 redefined the word “breezy.” Gambit’s big gimmick was that it opened with a plan so perfect that it was practically a spoof of the precision timing and improbable breaks of the rest of the genre. Then director Ronald Neame and screenwriters Jack Davies and Alvin Sargent (adapting a Sidney Carroll story) threw in a twist, revealing the first plan as a fantasy sequence, before spending the rest of the movie showing how difficult it would actually be for the heroes (played by Michael Caine and Shirley MacLaine) to hit all their marks exactly. The joke was so clever that in a spin on the old, “Whatever you do, don’t reveal the ending!” pitch, the Gambit ads begged audiences not to reveal the beginning.

The 2012 Gambit remake—a project that was gestating since the 1990s, and which sat on the shelf even after it was finished—repeats the opening gambit of the original Gambit, but so ham-fistedly that the joke doesn’t land. (In fact, it takes a few seconds to realize that the movie has shifted from fantasy to reality.) There’s no delightful surprise to the new Gambit, and no sense of the gears being fitted carefully into place so the audience can then watch them malfunction spectacularly. All this Gambit has going for it is the forced bonhomie of those old 1960s caper films, with none of the panache.

Actually, that isn’t wholly accurate; the new Gambit also has a script by Joel and Ethan Coen, which is the only reason why most cinephiles would have any interest in the movie. Producer Mike Lobell reportedly started pushing for a Gambit remake in 1997, and after a couple of false starts on the screenplay from other writers, he got the then-idle Coen brothers to take a pass at a rewrite. According to most accounts, the Coens’ draft showed enough wit and imagination to keep the project alive as it cycled through potential directors and stars—before Lobell and his partners settled on director Michael Hoffman, with Colin Firth and Cameron Diaz in the roles Caine and MacLaine had played. But something essential seems to be missing from this Gambit, which doesn’t seem entirely attributable to Hoffman not knowing how to make a Coen brothers movie. It’s as though the whole center of the film has been gutted, losing about 40 minutes of plot, along with everything that would’ve made the film more of a romantic comedy. In its place? Excruciatingly long sequences of farce.

Maybe that’s the way Gambit always was in the Coens’ hands. But the endless scenes of Firth’s cash-strapped art expert Harry Deane skulking around a luxury hotel—ducking nosy desk clerks, creeping across ledges, losing his pants, trying to avoid detection by farting socialites—doesn’t feel much like the work of the men who wrote Inside Llewyn Davis. The film is most Coens-y whenever Alan Rickman is onscreen, playing sour media mogul Lionel Shahbandar, whom Harry is trying to bilk with a forged Monet. Rickman can do the loquacious, arrogant Coens villain well. Firth and Diaz, game as they are, look lost and disappointed most of the time during Gambit, as though they pictured themselves making Burn After Reading, and instead found themselves in The Ladykillers.

Again, it may be just be that Hoffman—a skilled journeyman, but not a genius—was overmatched when asked to direct actors toward giving some snap to unnatural-sounding Coen brothers dialogue like, “Now, the prevailing parlance for a fellow of this type is, I believe, ‘shit bag’.” Or it may be that the new Gambit is too beholden to the idea of the 1960s caper picture—right down to the animated opening credits—while lacking the oomph of the older films. In one of the few moments in the new Gambit that’s both mildly funny and reminiscent of the Coens, Harry visits Shahbandar’s office and can’t find a comfortable chair to sit in, which leaves him perched uncomfortably on the back of a hard, jagged seat. That’s Gambit defined: an awkward guest in an unwelcoming space.

None. Apparently, after a decade-plus of fighting to get the movie made, no one is particularly eager to stand up for the finished product.