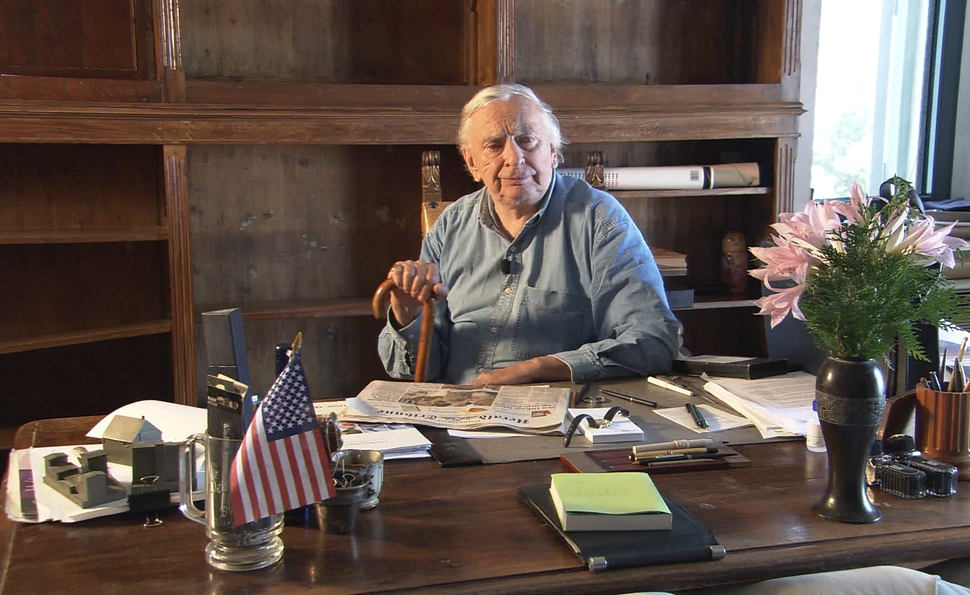 Essayist, playwright, screenwriter, novelist, public gadfly, political commentator: Gore Vidal’s range of commitments throughout his career as an all-purpose, old-school man of letters was impressive. While his possible canonical status solely on the basis of his work as a novelist is up for debate, as a multi-decade public figure, Vidal is a worthy-enough subject for an up-close-and-personal biographical portrait. As the title indicates, Gore Vidal: The United States Of Amnesia primarily considers Vidal as a loyal perpetual dissident, whose failed 1960 run for Congressional office didn’t lessen his credibility as a liberal scold against Gulf War I, the invasion of Iraq, et al.

This emphasis on Vidal’s politics becomes increasingly prominent toward the end of Nicholas Wrathall’s all-access documentary, which initially functions as a sort of greatest-hits overview. United States Of Amnesia starts in 2005, when Vidal left his Italian home—he couldn’t walk around the town and mountains easily anymore—and returned to the States. Throughout, the famously voluble writer needs no excuse to spout off directly to the camera, though he’s occasionally shown at a sparsely attended press conference or panel as a structured excuse to air his thoughts.

“If you could change anything about your life, what would it be?” Wrathall asks. “My mother,” Vidal replies vehemently, without missing a beat. His answer is symptomatically quick, and unsurprisingly candid. After flashing back to his stuffy childhood, the film briefly contemplates Vidal’s World War II service and post-war beginnings as a novelist. Close friend Jay Parini (whose Vidal biography is due in 2015) is on hand to emphatically, somewhat implausibly claim Vidal is “really one of the most important World War II novelists”; like much of the film, these comments have the credibility-sucking stamp of hagiography.

Predictably useless testimonials to Vidal’s influence and importance from the celebrity likes of Tim Robbins and Sting sit alongside friends enthusing about the writer’s importance as a social hub (“everybody who was anybody” attended his parties), but Wrathall increasingly foregrounds Vidal’s attitudes to successive presidential administrations. There are apposite highlights from his enjoyably contentious televised standoffs against William F. Buckley, and later an overly thorough review of Christopher Hitchens’ transition from the writer’s self-appointed heir to their split over the Iraq War. (Hitchens was for the invasion, Vidal strongly against it.)

With its autumnal, end-of-days feeling, Gore Vidal: The United States of Amnesia ends up serving as a capably assembled but deeply felt obituary for both its title subject and the late Hitchens. It’s much more convincing and rewarding when Vidal is allowed simply to hold court about his life, but there are repeated, sometimes bizarre attempts to claim him as one of the 20th century’s most important political thinkers, including trotting out Mikhail Gorbachev for a brief, unilluminating back-and-forth about post-USSR American/Russian relations. The film gives Vidal the reverential treatment the writer himself claimed to not care about: When asked at the end how he wants to be remembered, he laughs “I couldn’t care less.” It’s a convincing show of indifference from a public figure who seemingly had the rare freedom to always express himself exactly as he wanted to.