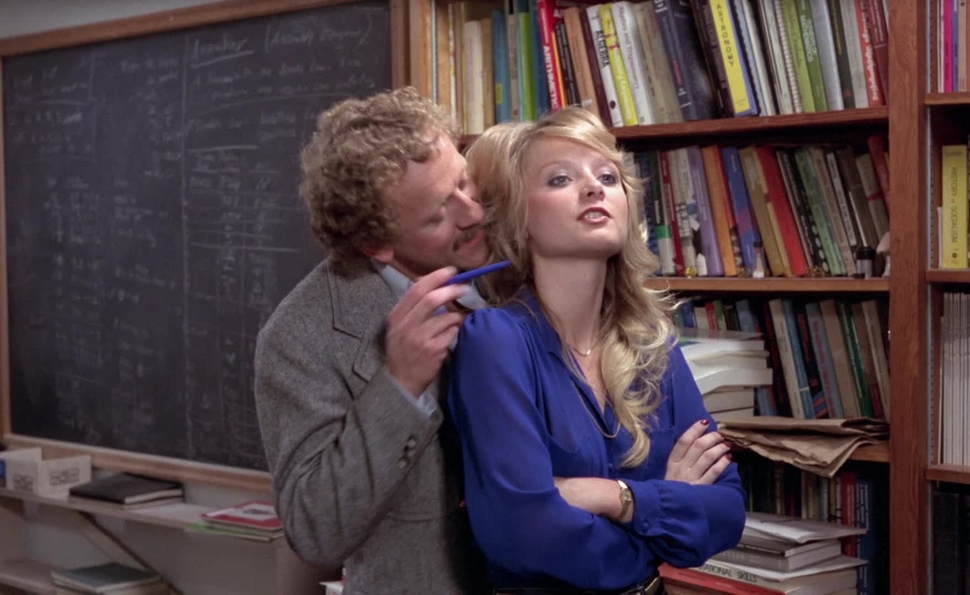 The fun of the ongoing Scream! Factory series—which covers cult horror and science fiction across a few decades, but with a heavy emphasis on the 1980s—is that even when the movies are bad, they can be fascinating as cultural anthropology. What did teenagers and college kids look like in 1981? What were they wearing? How did they talk to each other? And on the other side of the screen, what did horror audiences expect when they went to the theater? What type of schlock turned up at drive-ins and strip-mall theaters for a week or two before being relegated to the stacks of clamshell boxes at the video store? Goodness knows, the world wasn’t clamoring for special-edition Blu-rays of movies like Final Exam or Evilspeak, neither of which remotely qualify for “hidden gem” status in a decade glutted with slasher movies and Satanic gorefests. But they’re a compelling record of what the genre was trying to do in the early 1980s: Basically, cashing in on the success of Halloween and Carrie, respectively.

Set at Lanier College, a small Southern school populated mainly by future stabbing victims, Final Exam opens with the standard scene of a necking couple getting murdered near a lake. But what gives the film some distinction is how much time passes between that first killing and the inevitable bloodbath that follows. Writer-director Jimmy Huston spends a full 50 minutes—all of the first act, and most of the second—getting to know the brains, frat guys, and lookers who will eventually fall prey to the knife-wielding Michael Myers-type who descends on the campus. None of those characters exactly transcends type: There’s prim, studious heroine Courtney (Cecile Bagdadi) in the Jamie Lee Curtis role; über-geek Radish (Joel S. Rice), whose serial-killer obsession all but invites the mayhem to come; Courtney’s bad-girl roommate Lisa (DeAnna Robbins), who secures good grades by taking remedial classes and sleeping with her professor on the side; and frat guys Mark (John Fallon) and Wildman (Ralph Brown), who make a point of terrorizing any weakling who crosses their path.

If Final Exam fell into any other genre, Huston’s character work would be insultingly broad and inadequate, but it’s rare to see a horror film devote so much time to humanizing the meatsacks. But it’s really the incidental details that stick, like the fact that the frathouse decorations include a Confederate flag and a racist lawn ornament, or that its hazing rituals involve treeing a pledge by tying him to a tree in the middle of the quad, dumping ice in his underwear, and leaving him there indefinitely. (The campus security guy, respecting tradition, refuses to cut him loose.) Once the killing starts, Huston’s clunky sense of atmosphere and staging gets exposed, spoiling the potential terror of a killer who’s given absolutely zero motivation for slaughtering the young. In a Halloween rip-off like Final Exam, it ultimately doesn’t matter much how fleshed-out the characters are. They all end up in the same place. 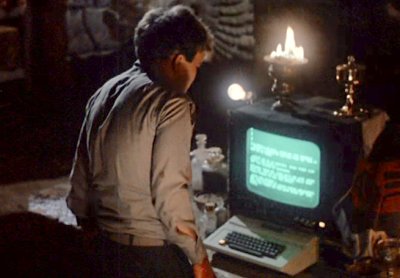 For its part, Evilspeak concentrates on developing only one character, and it has the benefit of that one character being played by Clint Howard, who at an early age had already begun his career as a B-movie standout. (And as he jokes on the special features, Howard also got an early start on his receding hairline.) In this gender-reversed Carrie, Howard stars as the wonderfully named Stanley Coppersmith—called “Stanley Copperdick” by his enemies, who constitute nearly all of his fellow students and teachers—an outcast at a military academy who turns to Satan for help. After discovering an early-16th-century crypt hidden under the campus chapel, Stanley starts translating texts on his computer and performing a Black Mass ritual to summon the evil forces therein. His computer, through the most advanced graphics 1981 had to offer, becomes a source of dark power that he uses for bloody revenge. (Provided his victims are within reasonable range of his computer: In this, the film anticipates wi-fi.)

Co-writer/director Eric Weston handles the nerd-haranguing with no more nuance than Revenge Of The Nerds did a few years later, and the computer angle is the only element that adds novelty to the Satanist blather. (Though Evilspeak is unusual in that it isn’t really a fear-of-computers movie, it just uses computers as a medium of possession, another vessel through which evil can flow.) When Weston reaches his Carrie finale—here in a locked chapel rather than a locked high-school gymnasium—he hands the movie over to his effects team, who have a ball levitating a sword-wielding Howard, staging grisly decapitations, and setting vicious pigs loose through the pews and altars. Weston was giving less-discriminating horror audiences in 1981 what he thought they wanted: Carrie with more gore, more beheadings, and all the Satanic pigs they could handle.

Both discs have commentary tracks, though Weston, as co-writer/producer/director on Evilspeak, has more roundabout insight on the production than the all-actor (Bagdadi, Rice, and Sherry Willis-Burch) commentary on Final Exam. The features on Final Exam are slimmer in general, because those three actors make up the bulk of the participants; the three brief interviews, recorded for the re-issue, are nonetheless compelling reminiscences from people who were just starting their careers as performers, and all wound up doing something else for a living. The Evilspeak features are much more substantial, highlighted by a documentary surveying a cast that recalls laughing about the script, but bonding during the production, especially with Howard, who’s singled out repeatedly for his good-natured presence on set. There’s also a separate feature devoted to the real star of Evilspeak: effects supervisor Allan A. Apone. The trailers on both discs are effective sales jobs, mostly because they feature clips of every onscreen death.