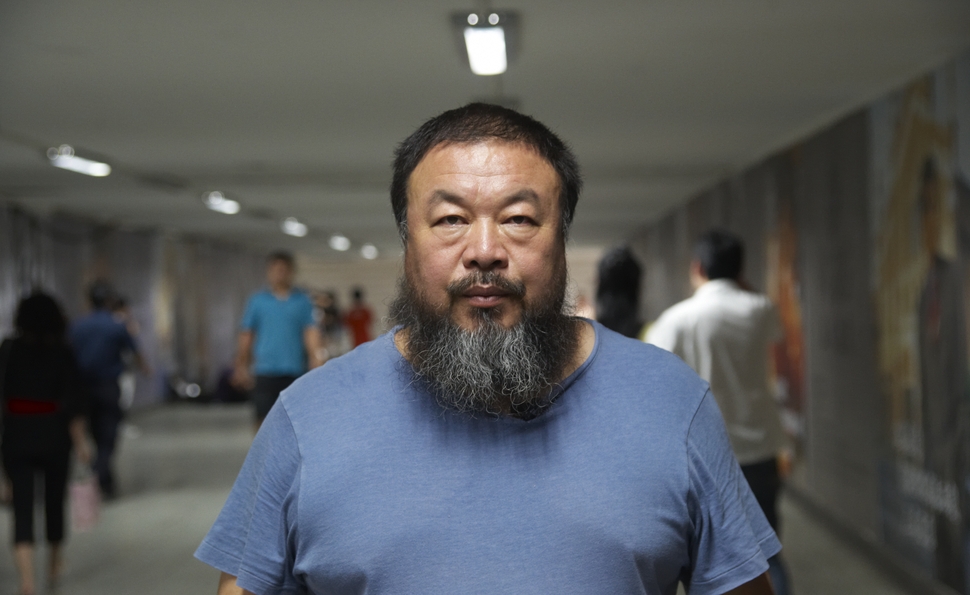 Documentaries with Chinese dissident artist Ai Weiwei at their center pack the rush of superhero flicks, with frequent public standoffs and the occasional car chase. The Weiwei of the movies is an intrepid leader, cheekily fighting the oppressive establishment in the name of his fellow citizens. Talking about a real-life person in these myth-making terms can feel reductive, as though Weiwei is Amazing Art-Man. But his serialized battles with the government, and the popcorn-worthy ways Western documentarians have framed them, invite this sort of language. In Ai Weiwei: The Fake Case, a fascinating, essential marker in the ongoing saga of his exploits, the government fights Weiwei with artificial law to maintain an illusion of total control, fueling its target’s heroic persona in the process.

At the conclusion of 2012’s Ai Weiwei: Never Sorry, China’s Communist leadership had detained Weiwei in an undisclosed location for three months, razed his Shanghai studio, and placed him under house arrest in Beijing while they sought to prosecute him for trumped-up charges of tax evasion. After years of snarky pranks (a series of photos in which he flips the bird at monuments, the Mona Lisa, and Tiananmen Square) and more concentrated outrage (posting the names of 5,000 dead from a 2008 earthquake after the authorities refused to), this pop philosopher with the bushy beard, impish smile, and Orson Welles physique had finally become a legitimate threat to the state.

Never Sorry was an excellent origin story, massive in scope and attitude—the film encompassed trips to New York and Munich, and its title sounded like it belonged on a Drake album. Director Alison Klayman emphasized the power of Weiwei’s international celebrity by showing him constantly surrounded by fans and admirers. When he wasn’t enjoying his own spectacle, he was creating it with international installations and incendiary tweets, gleefully flaunting his totalitarian agitators every step of the way.

But now it’s sequel time, and the villains are hitting back. With The Fake Case, director Andreas Johnsen picks up the artist’s story in 2011, literally where Klayman left off. He even opens with some of the footage that concluded Never Sorry, as Weiwei returns from his detainment in the dead of night and uncharacteristically shuts out the press. Something got to him. Johnsen films Weiwei in vérité style as he serves out the terms of his house arrest, mounting an appeal against his tax evasion case while producing S.A.C.R.E.D., a series of dioramas recreating his time in detainment. In stark contrast to his demeanor in the first film, Weiwei is morose and introspective, terrified of his fate, nakedly confessing his fears to the camera. He’s allowed some freedom of movement, but nervously paces through parking lots, knowing the government watches his every move. His Twitter feed is silent.

Is this real fear, or performance? Weiwei did, after all, invite a documentarian into his house during a time of heavy scrutiny. He knows what he’s doing. And he writes articles and gives interviews during the course of the film, despite the government’s instructions not to, so he never really stops rebelling. It may be impossible to consider the man in any light other than that of his provocative public persona. Weiwei drives this point home in the film when he sets up live webcam feeds of his house, so anyone can watch what Chinese surveillance is already monitoring—and what Johnsen is already monitoring too, for that matter. Adding to the artifice, Weiwei was directing his own documentary about the appeal process even as Johnsen was filming his. Yet none of this detracts from the raw power and artistry of The Fake Case. When Weiwei’s supporters fly banknotes over the wall of his compound to help him pay his legal fees, Johnsen captures the fluttering bills with a stationary wide shot, watching them scatter to earth like snowflakes in a drought.

The Fake Case complements Never Sorry so well that the two no longer seem like separate entities. Taken together, with all their stylistic dissonance, they paint an alternately spiriting and chilling saga of individual grit taking on bureaucratic oppression, and vice versa. Where Klayman was earnest and informative, Johnsen is intimate and lyrical, tracking days rather than years, recasting Weiwei’s “Fake 258” studio residence from a bastion of free expression to a prison for its owner’s speech. The title refers not only to the name of the Weiwei company targeted for tax evasion, but also to the nature of the case itself—“No one pays taxes in China,” a friend comments at one point.

Characters from the first film waft back into the frame to cope with these latest misfortunes, including Weiwei’s mother and son, past and future observers of China’s many injustices to dissidents. At the end of Never Sorry, a prominent art magazine declared Weiwei the most powerful artist in the world; an early sequence in The Fake Case shows him glumly accepting the award via Skype, slumped in his chair. Both here and when China denies Weiwei’s appeal at the end of the film, Weiwei’s struggles seem to show the idea of art as power wilting in the face of physical power. Faced with odds like these, the least filmmakers like Johnsen and Klayman can do for Weiwei is turn him into a global superhero, one who’s eminently sequel-worthy.