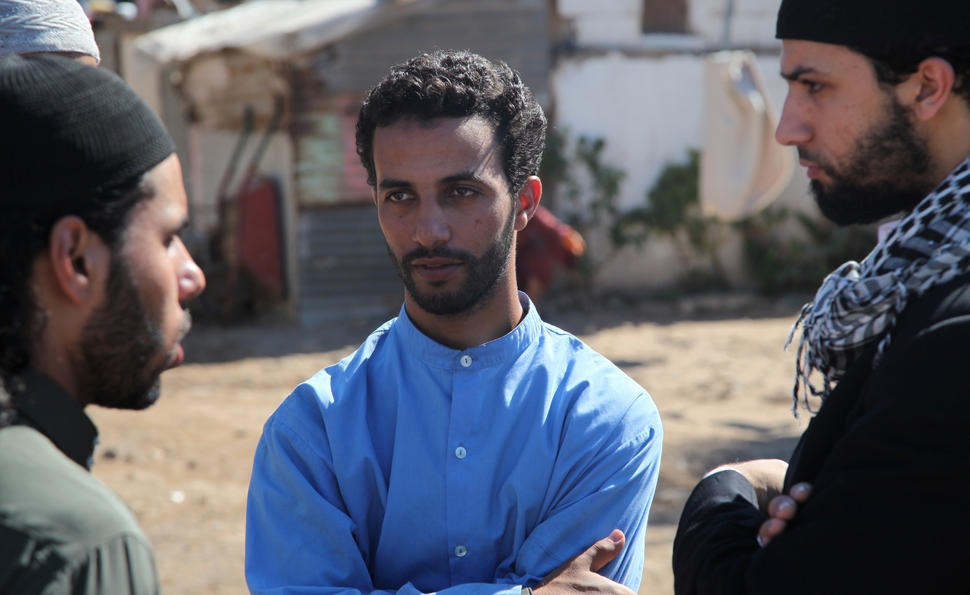 On the night of May 16, 2003, five nearly simultaneous suicide bombings took place in Casablanca—the deadliest terrorist attack in Moroccan history. In all, 33 people (plus the 12 bombers) were killed, most of them at the Casa de España restaurant, where four men in their early 20s first stabbed the doorman to gain entry, then set off explosives in their backpacks. All the bombers were recruited from Sidi Moumen, a poor suburb of Casablanca comprising several shanty towns. Horses Of God, which premièred in the Un Certain Regard section of the 2012 Cannes Film Festival, tries to imagine who these young men were, and how they came to be willing to blow themselves up and commit mass murder. Other films—most notably the 2005 Oscar-nominated Palestinian drama Paradise Now—have explored similar territory, but Horses Of God looks deeper into the root cause, observing its anti-heroes over the course of nearly a decade. Still, the answer is predictable: Martyrdom appeals to those who feel powerless.

As the film begins, in 1994, the future bombers are perhaps 12 to 14 years old, with nothing on their minds except soccer and goofing off. Hamid (Said El Alami), boisterous and aggressive, is fiercely protective of his younger brother, Yachine (Achraf Afir), who’s comparatively timid. Yachine’s best friend, Nabil (Zouhair Sabri), is even more of a target in the festering pit of machismo that is Sidi Moumen, at one point getting casually raped by Hamid when he passes out at a party. (This act is treated as if it’s nothing unusual, and some years later Nabil, who seems vaguely effeminate, is seen trying on lipstick; in general, the film’s sexual politics are problematic, though they don’t surface frequently enough to matter much.) Some years later, Hamid (now played by Abdelilah Rachid) gets sent to prison for throwing a rock at a police car, and when he’s released shortly after 9/11, he’s become a zealot. Before long, Yachine (now played by Abdelhakim Rachid), Nabil (Hamza Souidek), and another friend, Fouad (Ahmed El Idrissi Amrani), have joined Hamid and his new friends, dedicating themselves to Allah and leaving everything else behind.

Adapted from a novel by Mahi Binebine and directed by Nabil Ayouch (both of whom are Moroccan), Horses Of God does a creditable job of depicting the sort of toxic environment that breeds terrorists, gradually divesting its young men of any real hope for their future. In a way, though, it’s just a more extreme version of watching four kids growing up in a slum and then committing a climactic robbery: understandable, but not revelatory. At no point does the film veer one iota from its chosen trajectory, and despite its specificity (and its real-life inspiration), it’s ultimately much less arresting than Julia Loktev’s abstract, completely fictional Day Night Day Night, in which the suicide bomber’s past and motives are unknown, but her actions are consistently unexpected and fascinating. What keeps Horses lively is its sharp young cast—especially the two Rachids, who are also brothers in real life, and do an expert job of showing how Hamid and Yachine slowly change places. By May 16, 2003, it’s Yachine who’s strong and unyielding, and Hamid, the former badass, who wonders whether they’re doing the right thing. His doubts are no match for the promise of glory, however, which doubles here as the lure of escape.