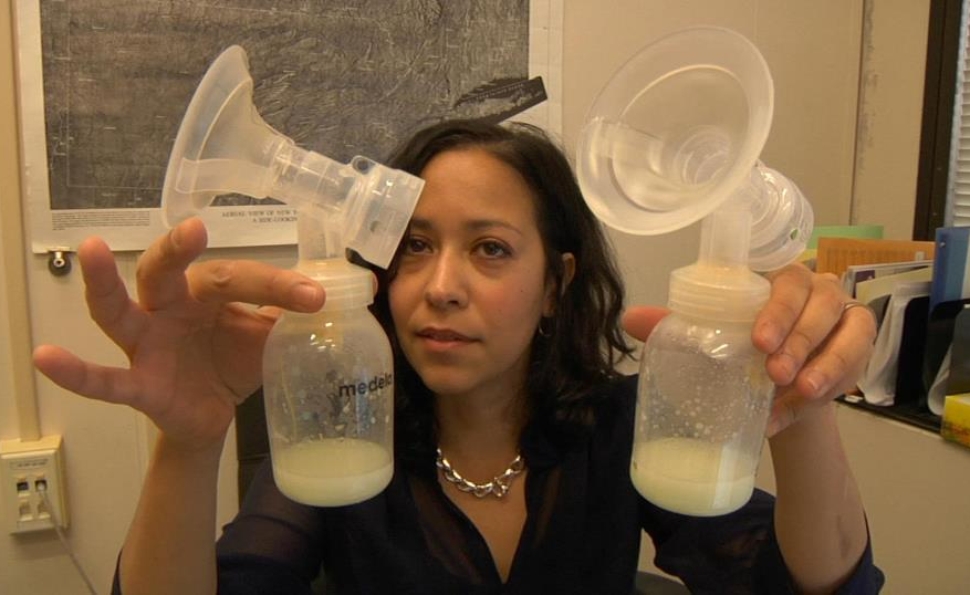 At first glance, breast milk might seem like a subject that isn’t nearly rich, complex, or just plain interesting enough to merit a feature-length documentary. That assumption holds up on second glance, and throughout all subsequent glances. Even new parents and pregnant women will likely find that Breastmilk has exhausted every possible angle long before the closing credits roll (accompanied by Loudon Wainwright’s “Rufus Is A Tit Man,” recorded when Rufus Wainwright was just a year old). To save interested parties a great deal of time, here’s a list of the film’s most salient points:

• Breastfeeding is good for infants. Everybody knows this already, yes? For those unfamiliar with all the reasons why that’s so, the relevant Wikipedia article provides much more information than this movie.

• Some women have difficulty breastfeeding. Okay. Some people have difficulty defecating, too, but does that mean we need a feature-length documentary about constipation and its remedies? (Cue lightbulb appearing over some aspiring filmmaker’s head.)

• Not being able to produce enough milk (and thus having to supplement a baby’s diet with formula) makes some mothers feel guilty and/or inadequate. While hearing this sentiment spoken aloud may be helpful for women experiencing the same problem, it’s no more illuminating for a general audience than is, say, the average Alcoholics Anonymous testimonial.

• Some people are offended by the sight of a woman breastfeeding in public. This is arguably the film’s most compelling issue, but Breastmilk barely addresses it. Mostly, it just lets one new father babble incoherently about why it embarrasses him, even though he knows that’s silly. Nobody with a moral objection is even interviewed.

• Pumping breast milk is a pain in the ass, and some women don’t want to be filmed doing it because it makes them feel like cows. Others don’t mind at all.

That’s pretty much it. Most of Breastmilk simply features a handful of new mothers talking to the camera about their feelings, frustrations, and difficulties, and it’s no different than what might be overheard by someone catching the same women in a park, engaged in casual conversation. (There’s also a handful of talking heads, one of whom livens things up with a description of a porn video featuring competitive lactation and ejaculation.) Director Dana Ben-Ari includes footage so utterly useless that it’s really impossible to convey the monotony without providing a transcript. Here’s a typical “scene” shot in a doctor's office.

DOCTOR: How is breastfeeding going?

MOTHER: Um… not good. I have low milk supply, and we went and saw Dr. [Somebody] on Friday, and she assessed me, and gave me some things to do. Like, I’ve been taking herbal supplements to try to increase my milk, and I’ve just started taking [Some Medication]. But she had looked at his latch, and he gets really sleepy when he’s on, and she said that it looked like he potentially had some tongue-tie, like there was, the membrane was a little tight underneath, but [she] wanted it to be checked out by you.

DOCTOR: Did you see a lactation consultant as well, or just Dr. [Somebody]?

MOTHER: No, I’ve spoken with a lactation consultant, just on the phone. But no one else has seen me other than Dr. [Somebody]. Our pediatrician had—because the first couple of weeks, he wasn’t gaining any weight? And then we really started supplementing to put on weight. But she had checked out the latch, and thought that he had a good latch, that that wasn’t the problem. But…

If this banal exchange was shot by a home-movie nut father, it’s unlikely that even the mother would have the slightest interest in watching it. Yet here it is, taking up space in a documentary intended for total strangers. A mid-film montage of nipples squirting milk high into the air like the Bellagio fountains shows Ben-Ari has a sense of style and humor, but her general approach is tediously earnest, resulting in a documentary with such niche appeal (just parents with breastfeeding problems, basically) that it belongs on a library’s self-help shelf. Only when a mother who’s agreed to donate some of her breast milk hears the recipients knock at her door and suddenly turns to the camera to whisper “I wonder if they know I’m black?” does Breastmilk accidentally stumble upon a moment of genuine interest. Her concern is a false alarm, but at least it injects a sense of drama into this soporific visual equivalent of Our Bodies, Ourselves.