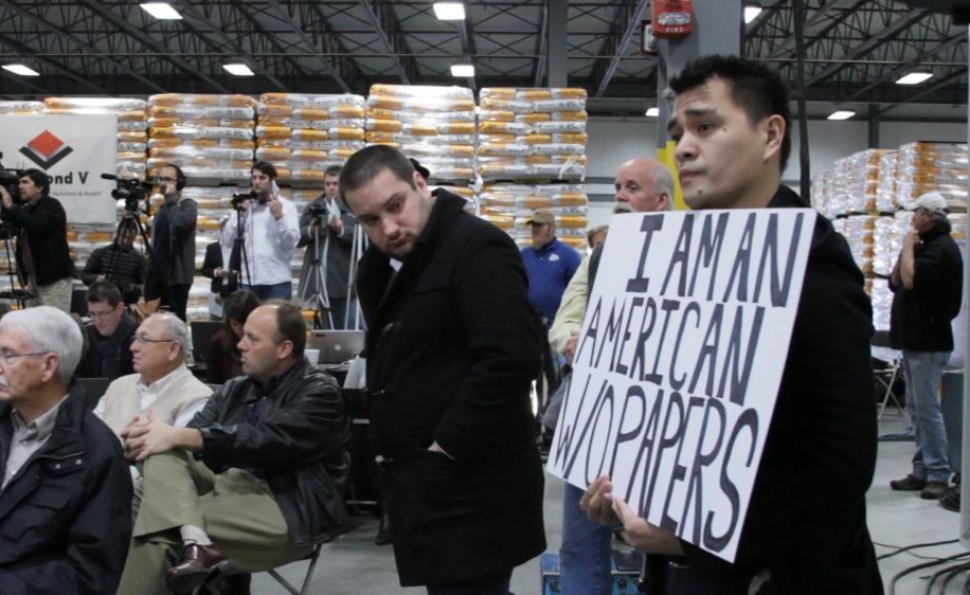 Autobiography can be an intensely politicized genre. Jose Antonio Vargas’ new documentary Documented shows he’s learned the lesson well. Vargas’ grandparents brought him to the United States from the Philippines when he was 12. His immigration, he discovered some years later, was illegal. He eventually became a Pulitzer Prize-winning journalist at The Washington Post and other outlets, all while hiding his status. Finally, in 2011, he came out as an undocumented immigrant in an article in the New York Times Magazine, hoping to raise awareness and to show Americans that the people sometimes called “illegal” aren’t some alien other, but their friends, neighbors, classmates, and (in this case) journalists. The documentary is a continuation of that project, simultaneously combining memoir and political advocacy.

The autobiography and the politics don’t always fit together perfectly. Vargas has been extremely successful in his profession by any standard, and that success can tend to push him into the foreground to such an extent that the collective issues he’s talking about get erased. Vargas is aware of this, and works against it to some degree. Rather than putting himself alone on the cover of Time, as the editors originally planned, for instance, he works to include 30 other people who came to the United States as children like him, but have no path to citizenship. Yet though they appear on the cover, and say their names and countries of origin for the documentary, the film doesn’t actually interview any of them, or tell their stories. Instead, they’re background for Vargas (literally, on the Time cover)—and the film quickly drops them and goes back to showing clips of its hero on various television programs, or speaking to rapt audiences.

Part of the reason this is problematic is, again, because Vargas has done so well in America. Looking at him alone, it’s easy to read the moral as a plea for clemency for the most successful—a kind of, “This one can stay, but the rest…” argument. Vargas certainly doesn’t endorse that view himself, but it’s articulated uncomfortably by a drunk, angry white dude in a Southern bar—a man who seems ready to make exceptions for his general anti-immigrant stance once he hears about Vargas’ credentials.

Still, while other people’s stories would have been welcome, Vargas makes a compelling central character, not least in his impressive, courageous willingness to reveal his own vulnerability. This includes coming out of the closet about his undocumented status in the first place, which causes him to lose his driver’s license, and could realistically have resulted in his deportation. But it goes well beyond that. He shows himself, for example, being escorted from a Romney rally and practically begging the cop not to deport him, his low-key obsequiousness painfully emphasizing how completely he is at the mercy of the state and its minions.

Even more brutal is the depiction of Vargas’ relationship with his mother, whom he hasn’t seen since he came to America 20 years ago. She hasn’t been able to get a travel visa to visit; he can’t return to the Philippines without risking exile. At first, as he was growing up, he wrote her long letters. But as he aged and realized he might well never see her again, his anger, confusion, and grief became overwhelming, and he ceased regular communication with her. The scene of her crying in her home in the Philippines because her son won’t accept her as a Facebook friend is humiliating and horribly sad, an object lesson in how the bland bureaucratic grinding of immigration policy is converted into misery, cruelty, and heartbreak.

By the end of the film, Vargas has managed to have a Skype session with his mother, and to tell her he loves her. But they still haven’t met in person, and can’t. Despite President Obama’s executive decision to allow a path to a modicum of security for some undocumented immigrants, Vargas was two years too old to be covered. His story can have no happy ending, absent from political change—which is why, whatever its faults, the documentary is so effective. Here’s hoping it’s distributed widely, not least within the walls of Congress.